Artist Flora Borsi has an unusual way of portraying her self-portraits. Instead of making them all about her, she shares the spotlight with a wide variety of animals. 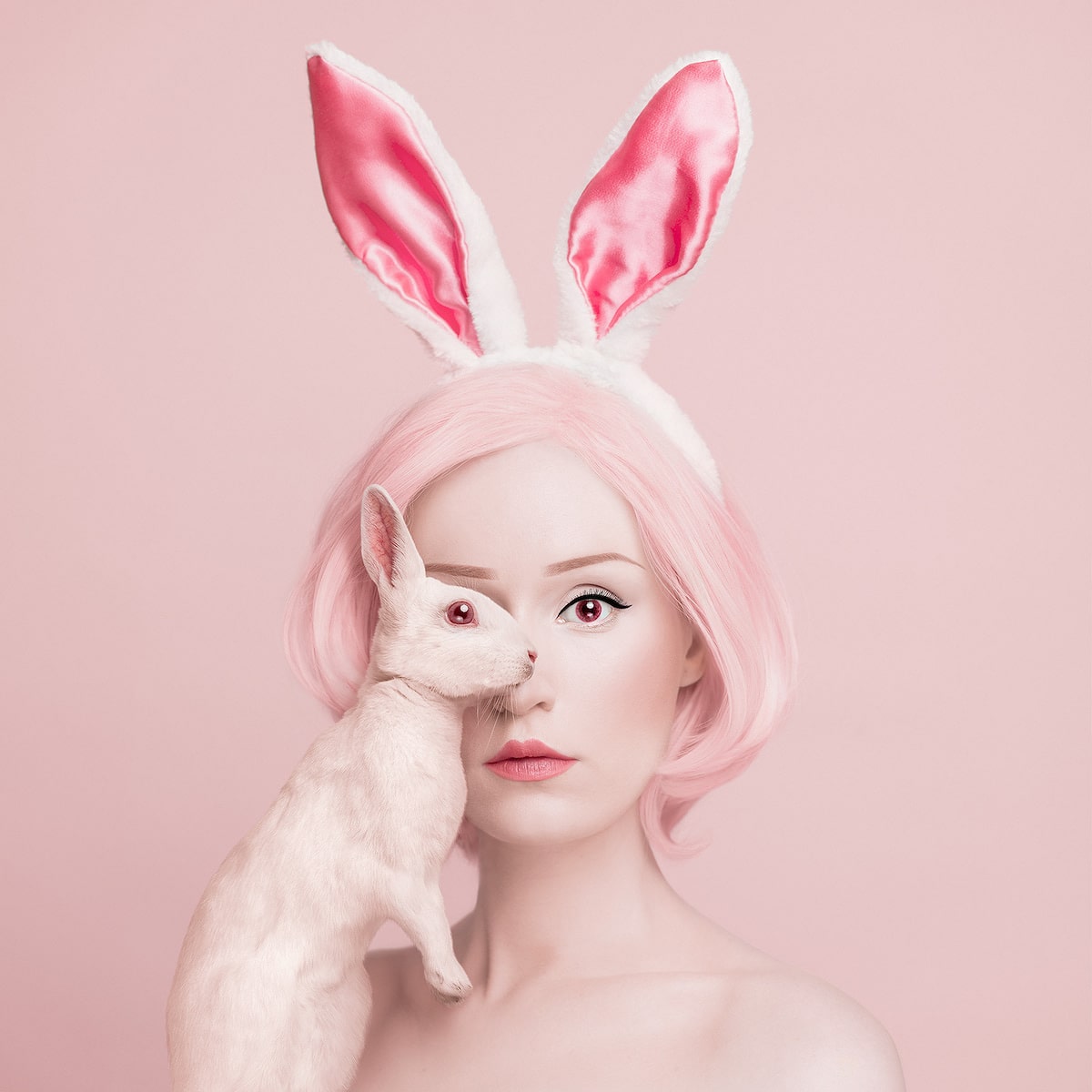 This is part of her ongoing Animeyed series, currently in its second iteration called Animeyed II, in which she shares one of her eyes with an animal. The sleek and stylish image shows Borsi in make-up and outfits that match her subject; they range from a fluffy rabbit to a tiny beetle.

For Borsi, some of the creatures in Animeyed II hold special meaning to her because of her connection to them. “My favourite is the black swan,” she said, “because they are treated in the animal world the way I have been treated in the past. 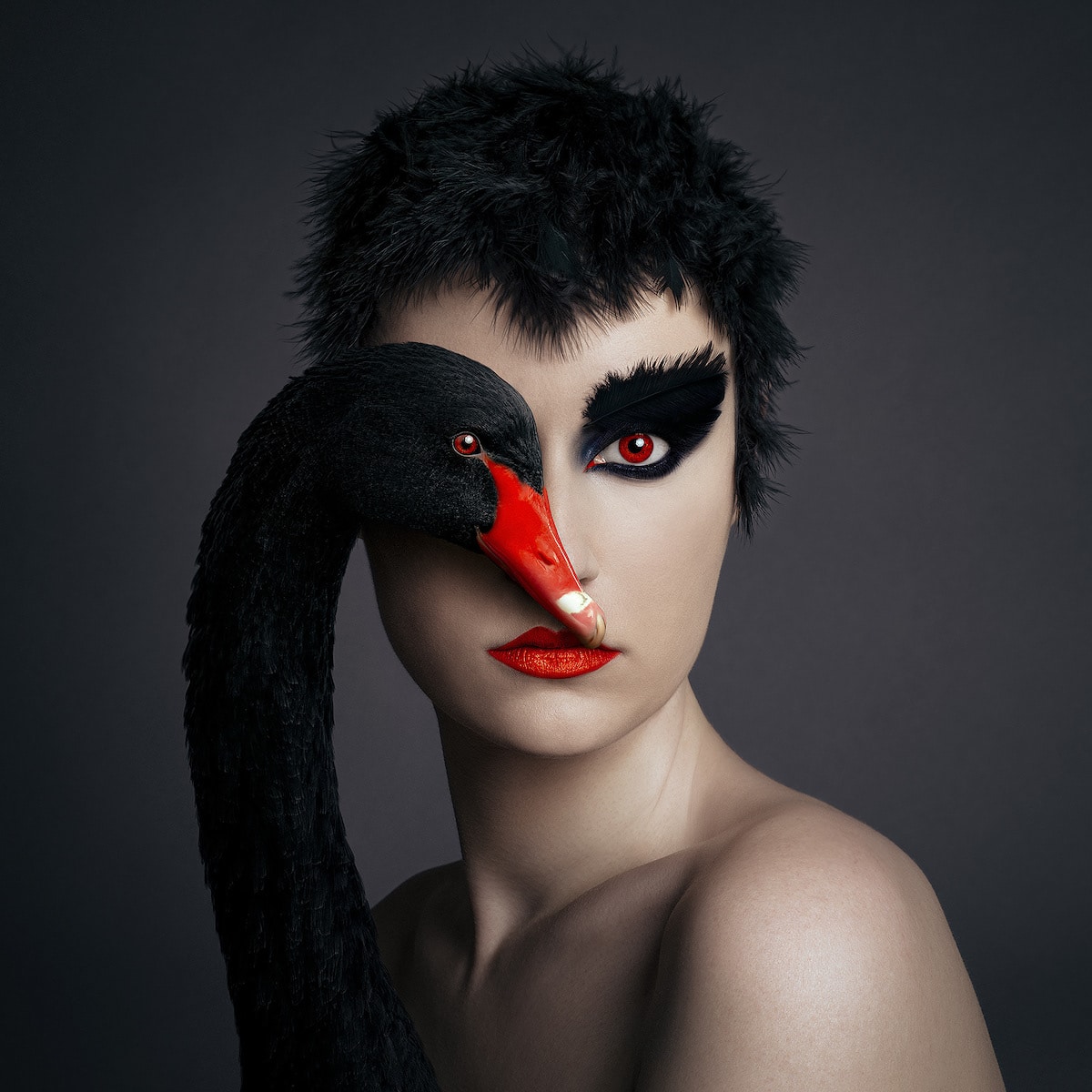 Not accepted for being different”. Borsi used Photoshop and digital retouching to create a dramatic feathered eye in that particular image, visually linking her to the dark swan. 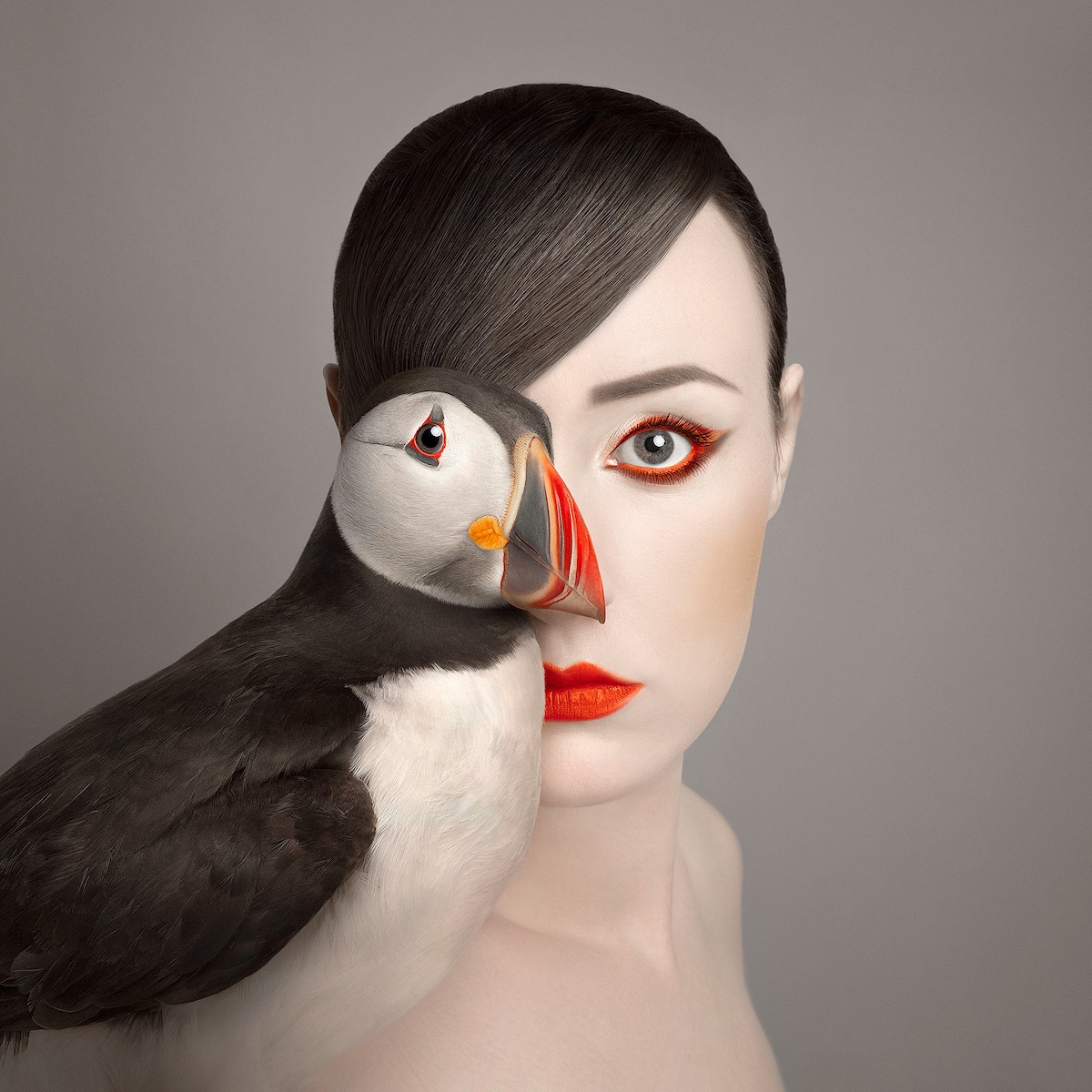 Beyond her personal relationship with the creatures of her series, Borsi’s larger goal in Animeyed and Animeyed II is to remind us to treat all animals with respect. “This series is intended to symbolize the similarity of animals to humans.

I wanted to draw attention to the beauty of the animal world, showing the uniqueness in each of the characteristics of each species,” she said. “They are extraordinary; humans should treat them kindly, every one of them from fish to swan.” 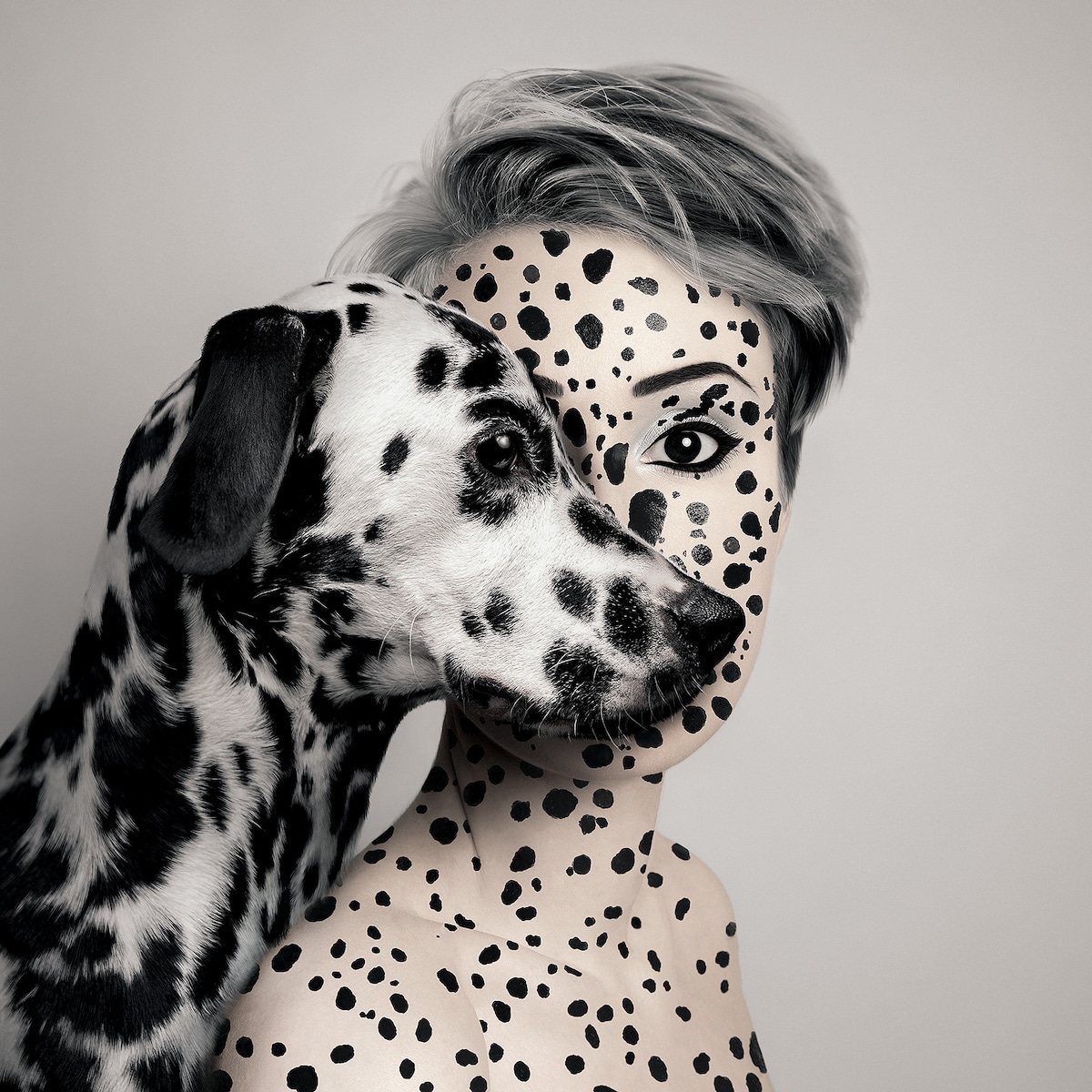 Artist Flora Borsi shares an eye with creatures in the animal kingdom in her ongoing Animeyed II series. 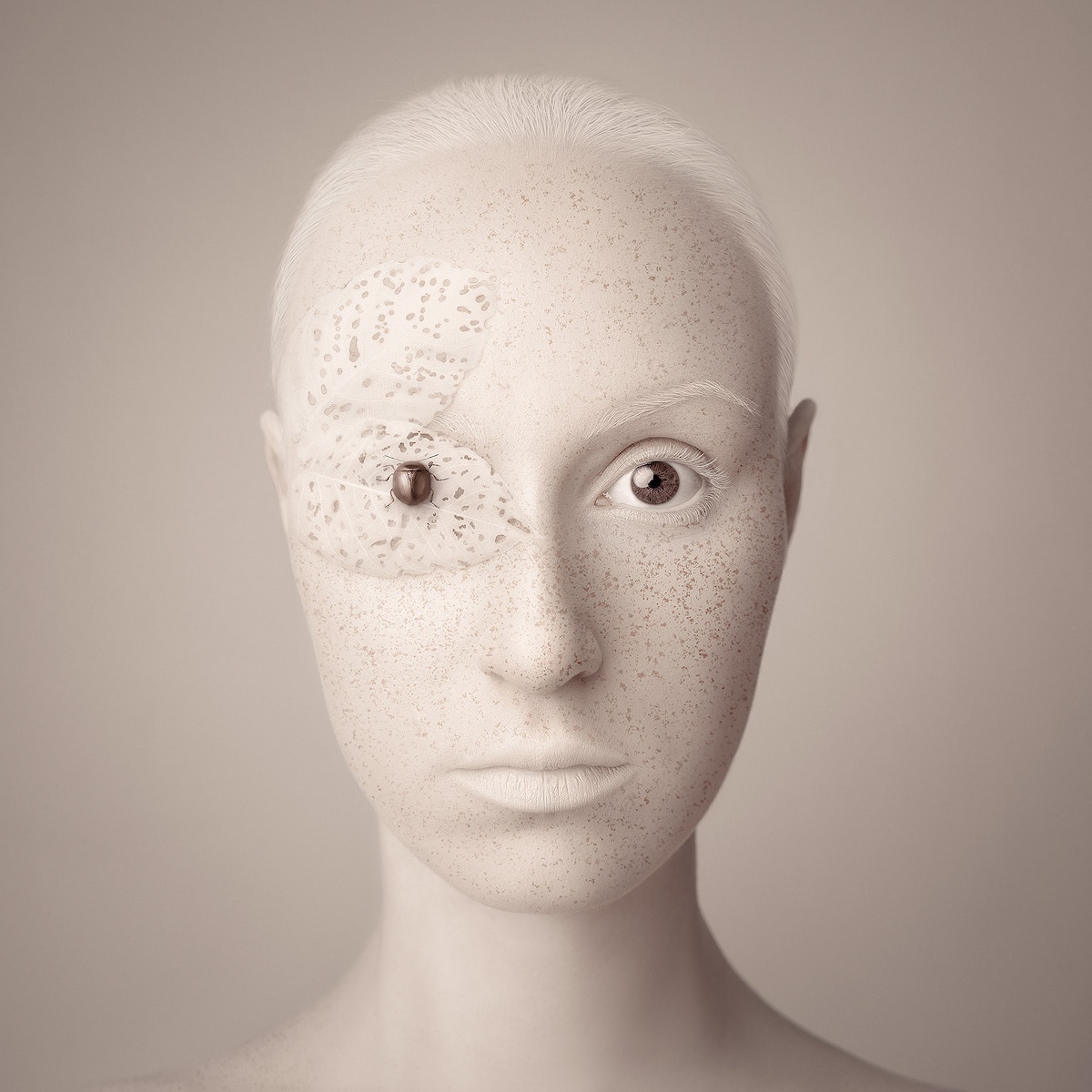 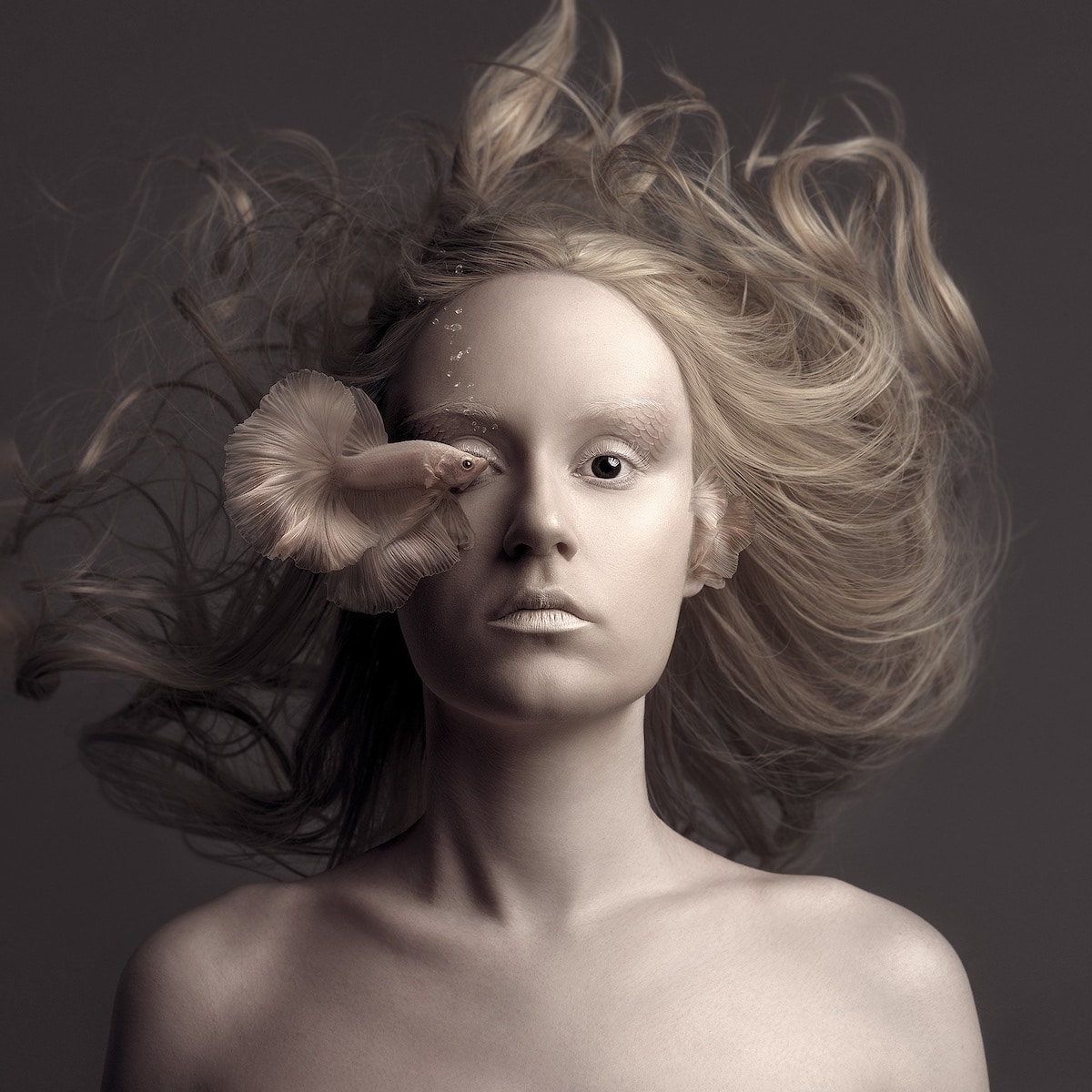 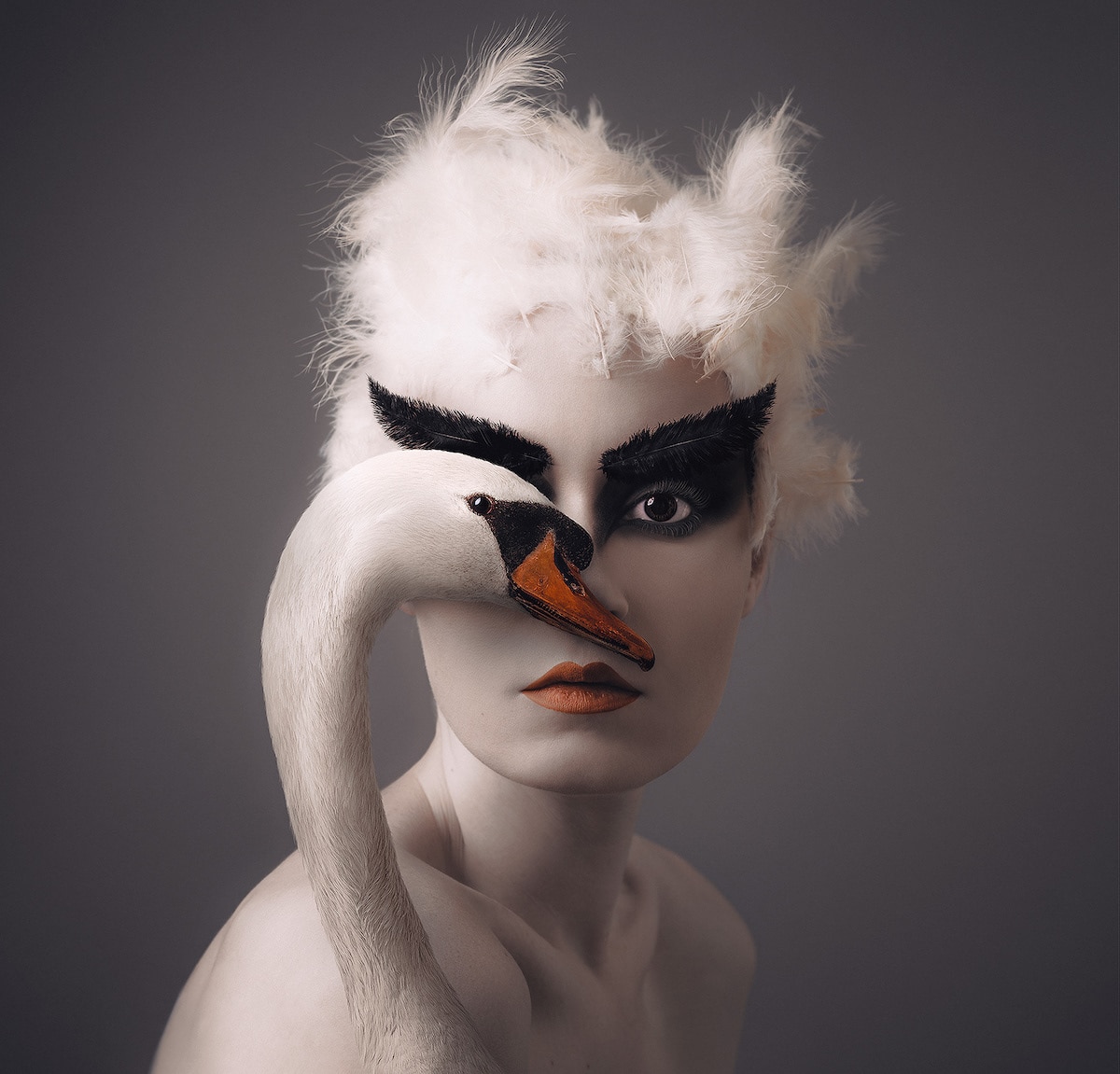