Two baby elephants were caught playing in the grass.

Lucie Štěpničková, 33, from Prague, captured these adorable images of the young female elephants – both born this year and half-sisters – while visiting the Prague Zoo.

The images showed two baby elephants falling to the floor as they intertwined their trunks together.

Lucie said: “The first elephant was born on March 27 to an elephant named Tamara and the second on May 9, 2020, to the elephant Janita. 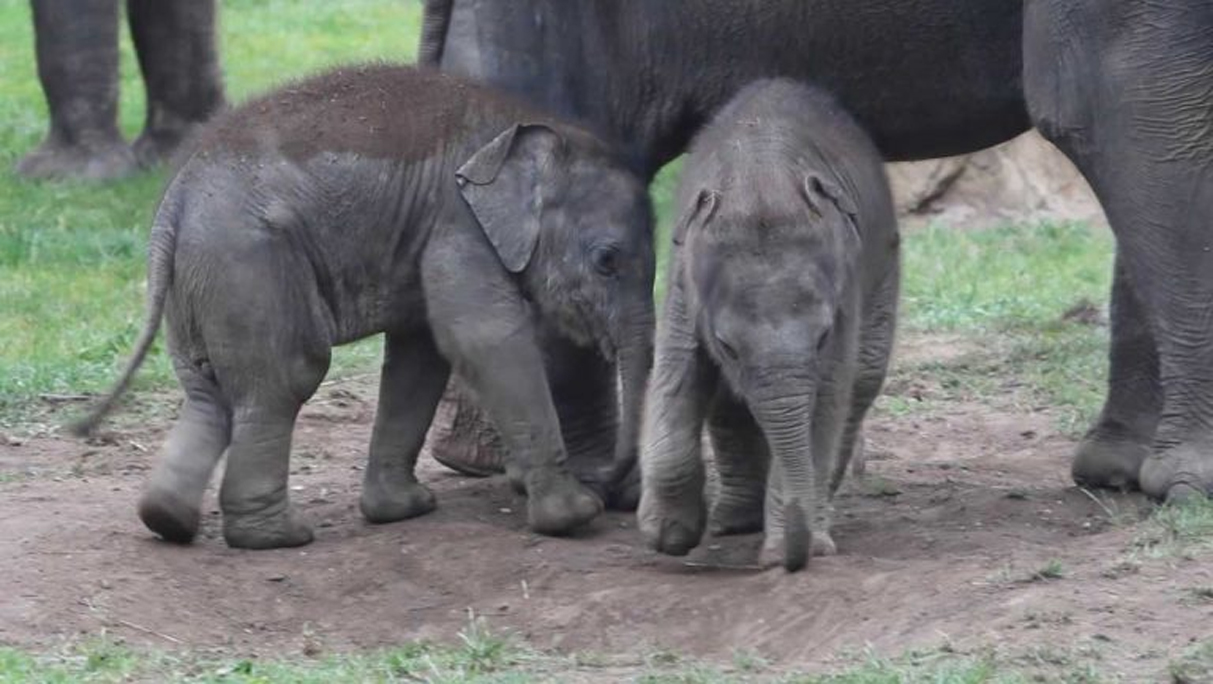 “Both have the same dad and is a male elephant known as Ankhor. You can recognize an older female by the bulge on her bottom.

“Both girls are almost the same size”.

“During the day, the little girl still likes to sleep, but the older one doesn’t, so she wakes up her sister to play with her.”

“She learned how to climb a rock and is now teaching her older sister. It’s a pleasure to look at them. They like bumping into and provoking each other.”