Bizarre footage from Assam shows an elephant gobbling up a helmet hanging from a parked motorbike. The video, which has racked up thousands of views on social media, shows a curious elephant approaching the vehicle and examining the helmet using its trunk.

Then, as bewildered onlookers watched, the giant gently picked up the helmet and put it in his mouth before calmly walking away.

“Arrey, mera chala gaya helmet, (Oh no, my helmet’s gone)” can be heard from an off-camera man speaking in the video, causing amused onlookers to laugh.

“Arrey, baba de dijiye helmet.. Kaise jaunga main? (Please give my helmet back. How will I leave?),” he could hear a voice say. Of course, his plea fell on deaf ears as the elephant continued on its merry way. 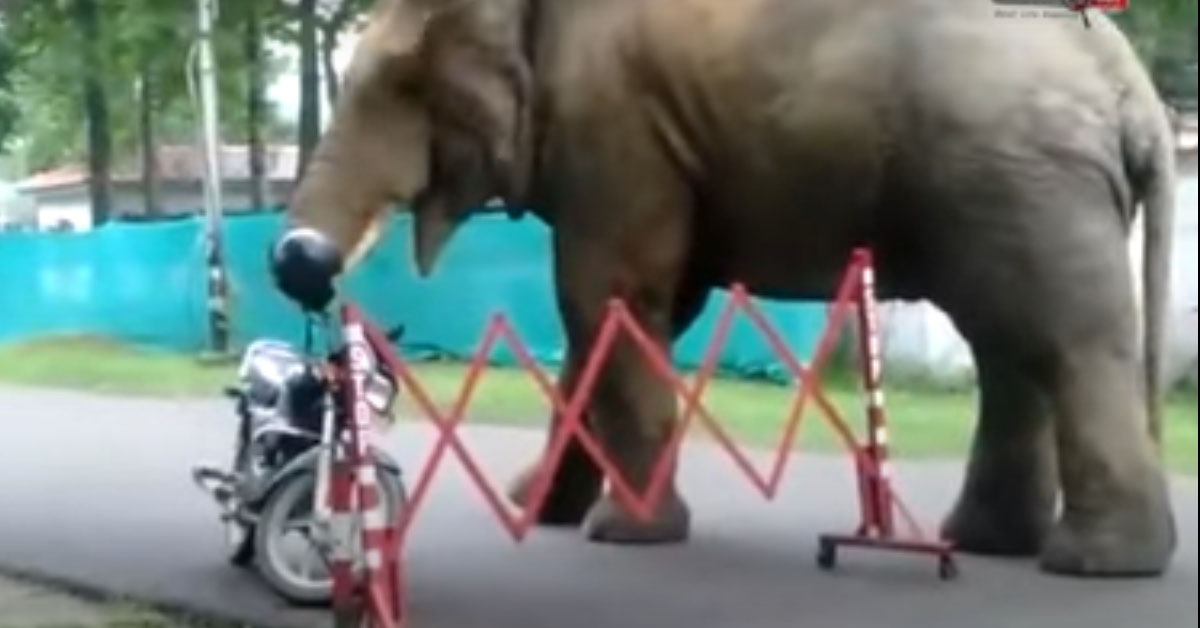 According to Prag News, the incident took place on Tuesday at Guwahati’s Narengi Army Camp.

IFS Susanta Nanda was among those who shared the clip. See it below:
The video has also been shared by several other Twitter users, raising concerns about the elephant’s health condition.

“What would happen to the elephant’s health?” asked a Twitter user. “Can you please tell us what happened to the elephant? I’m very worried,” another said. 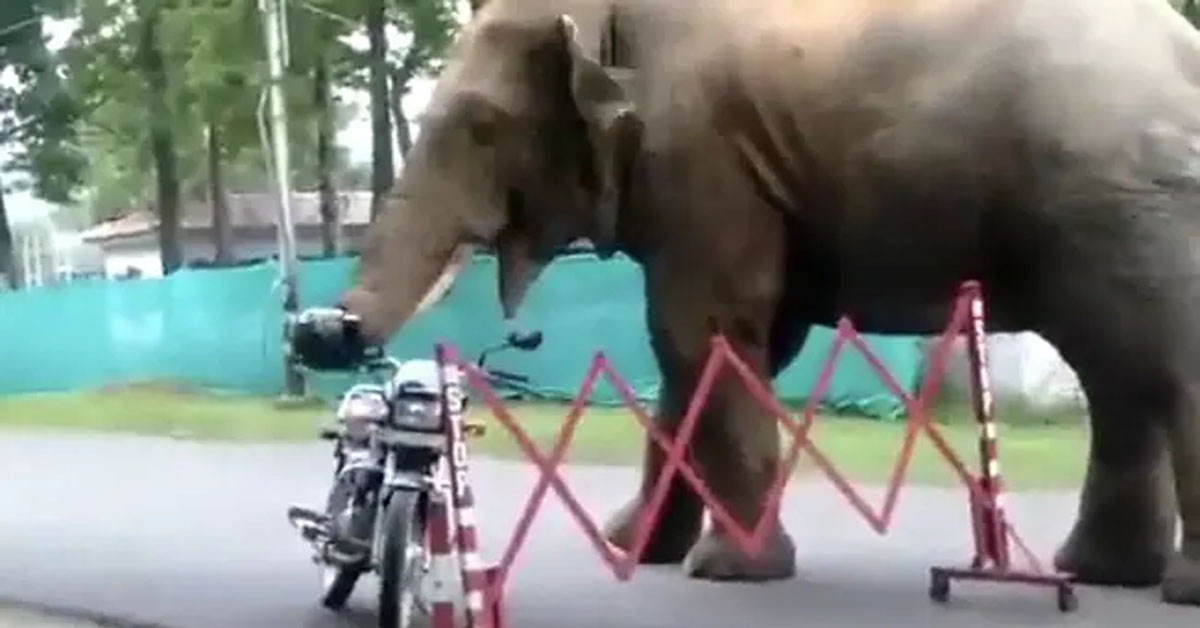 Luckily, it looks like the elephant decided to pull out the helmet after a while. Jayanta Deka, DFO, Guwahati Wildlife Division, told the Indian Express: “After picking up the helmet, the elephant kept it in its mouth for a while.

However, it went a little further and spat it out”.

He added that the elephant crushed the helmet with its foot before returning to the forest.

The video has created a huge buzz on social media. Take a look at some of the reactions it has garnered:
What do you think of this viral video?