A baby elephant was caught on camera as it chased swallows around a street in Kruger National Park in South Africa.

Have you ever seen animals playing around? It’s especially adorable when those animals are babies. There is nothing more wonderful than watching animals play and run together without a care in the world.

In fact, many animals like to chase birds around. It’s a fun game because the birds can often quickly escape the animals that are chasing them. 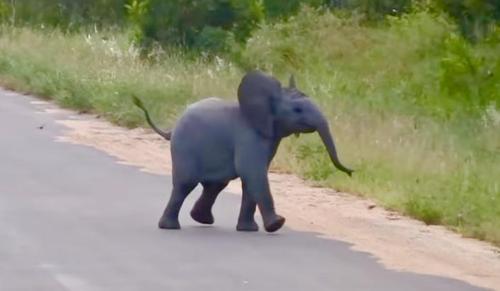 Since they can fly and animals on the ground cannot, this is a fun “catch me if you can” game. A woman has captured a happy baby elephant with swallows flying around her.

The baby elephant certainly has a lot in common with young children who love to chase flocks of pigeons and seagulls at parks and beaches. That’s probably because baby elephants can be fun and naughty as they grow up.

They love to run around and play while the elders watch over them. This was the case with this particular calf in Kruger National Park. 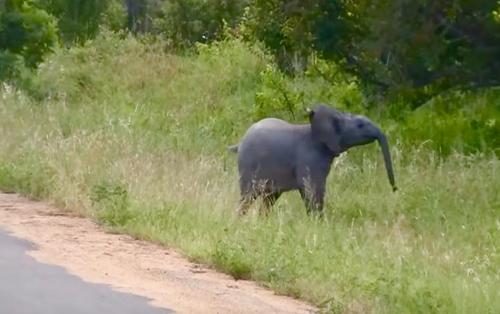 The park is located in South Africa and has many different species – among them are elephants and their babies. A tourist in the park was enjoying the day when they spotted a calf chasing the birds. The swallows did an excellent job at keeping the animal as busy as possible.

You will whimper as you watch the swallows fly around the little elephant. He looks like he’s having a lot of fun chasing them!

The calf ran around the path, swinging his trunk back and forth as he watched the swallows diving around him. At one point, he ran out of the way and stopped to watch them before turning back onto the asphalt.

Older elephants stay near the side of the road as the young burn off their energy. After a few minutes, the calf went out of the way towards the adults. We guess he decided it’s not like he’s going to go bird hunting alone! Are you ready to watch the video for yourself?