This is a precious sight of a baby elephant performing for the people and dancing in the middle of the street.

The video was taken in South Africa’s Kruger National Park and has recently gone viral.

The baby shaking its tail and swinging its trunk with enthusiasm. It stamps its feet and kicks its legs out for the people who are watching.

The infant’s ears flap about as it wiggles and shakes its body, nodding its head to display in front of the crowd. 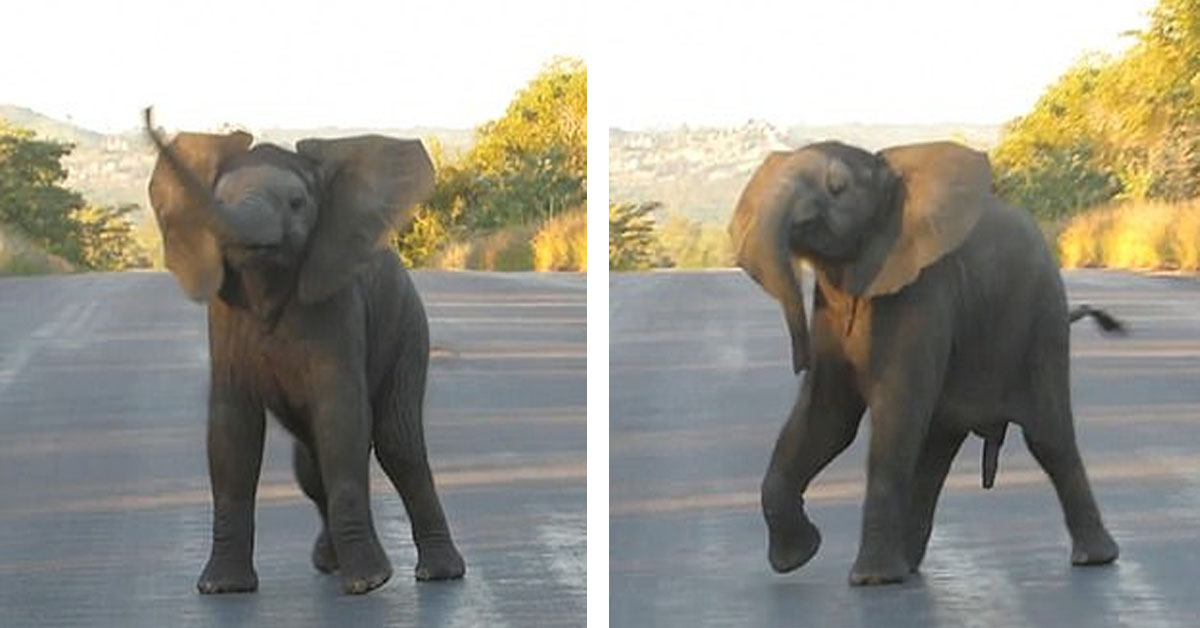 He stays in position for a few seconds while the people are filming chuckle quietly to avoid disrupting his performance.

The elephant walks towards his mother, bouncing in his step and crossing his front legs over each other dramatically.

As his mother rises from the grass, the baby stays close to her right side as she walks onto the road. 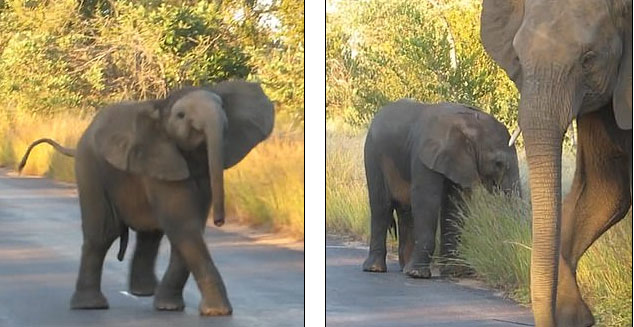 The baby continues to wiggle around and lowers his front legs until his trunk touch the ground.

Unable to keep still, the animal walks backward and forwards before heading towards the grass at the roadside. Another two elephants soon join the pair.

‘While leading a wildlife safari in the world-famous Kruger National Park, we had this incredible and amusing incident of a baby elephant dancing and playing in the road in front of us,’ says the person who recorded it.