After seeing a safari vehicle watching them, a group of juvenile elephants playfully pretend to charge at it.

Tourist Paul Charnley was on safari in Kruger National Park in South Africa with his family when they captured the spectacular moment on camera.

In the footage, a small herd of elephants is seen slowly walking across the road ahead of the vehicle, with two young elephants playing fight in the street. 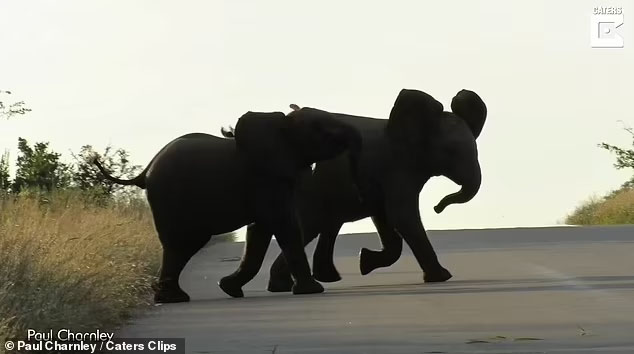 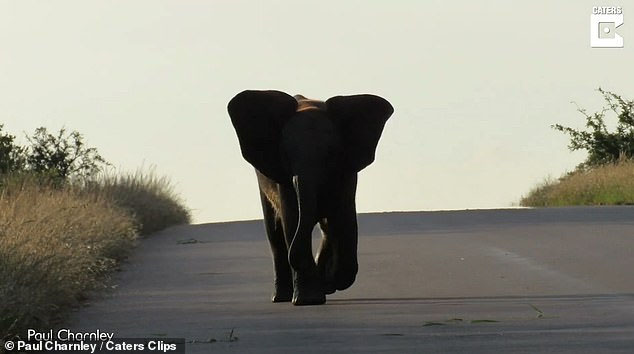 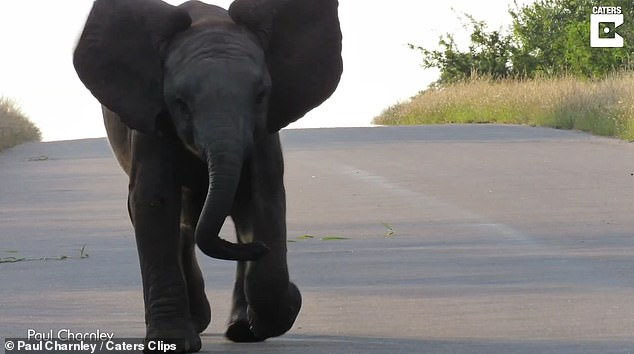 The playful calves notice their audience and promptly put on a show, imitating a charge toward the car.

When approaching the car, the clumsy juvenile elephants are seen stumbling over their feet and falling several meters from it.

Passengers inside the vehicle can be heard laughing as one of the young elephants swings its trunk toward the car, making a trumpeting noise.

Elephants are the largest land mammal on Earth. They can weigh 12,000 pounds and reach heights of up to 13 feet at the shoulder, so a charging adult elephant is extremely dangerous.

Fortunately for the family of safari-goers, these two mischievous youngsters didn’t appear to want to harm any of them.

South Africa’s Kruger National Park is one of the continent’s largest game reserves, with 4.9 million acres.

The park is home to a wide range of wild animals, such as the big five—lions, leopards, rhinos, buffalos, and elephants —which are all guarded by rangers.

The area’s terrain consists of mountains, bush plains, and tropical forests – which means a wide range of birds and smaller creatures have settled there.