If you ask me what is the cutest animal on the planet, the answer will come to baby elephants. These bulky creatures have stout legs, cute trunks, and incredibly innocent eyes.

They “nurture” their “puppy” souls even when they are grown up. I read an article about an adult elephant who asked his caretaker to sing a lullaby to him every day.

Who can say no to these adorable, clumsy giants? 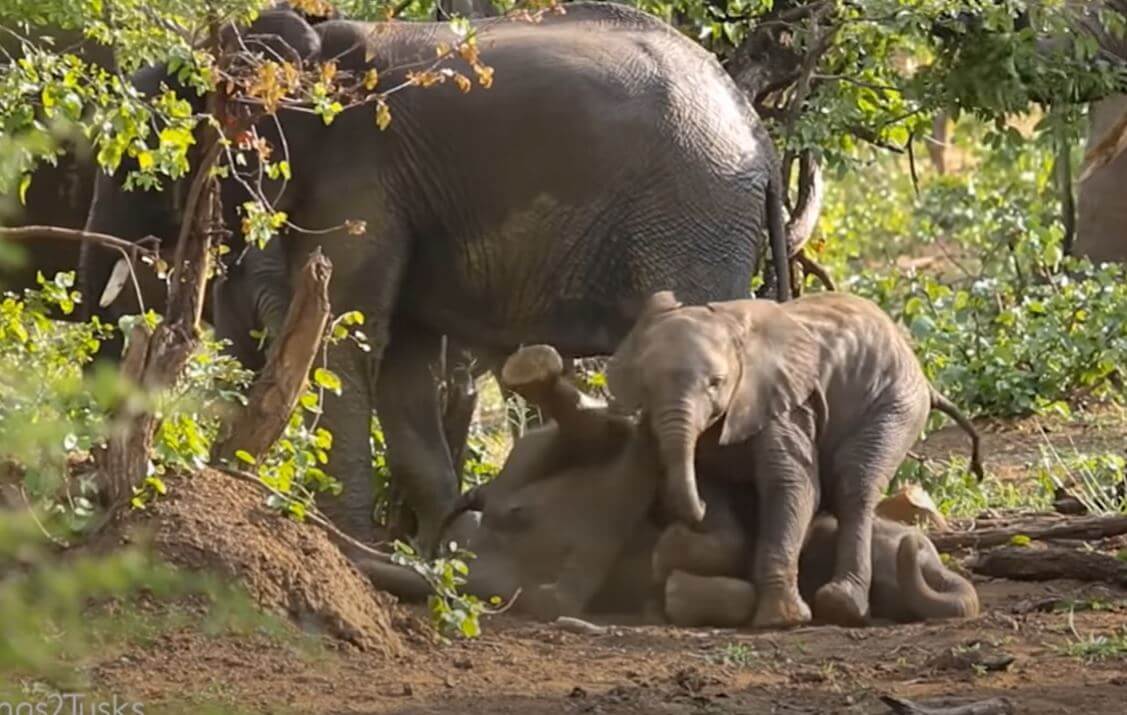 Like children, baby elephants love to spend time with their friends. Play fighting became one of their favorite games.

They love to roll over for pinning and trip over each other as they wrestle. And of course, they get a lot of fun and laughter during the fight. 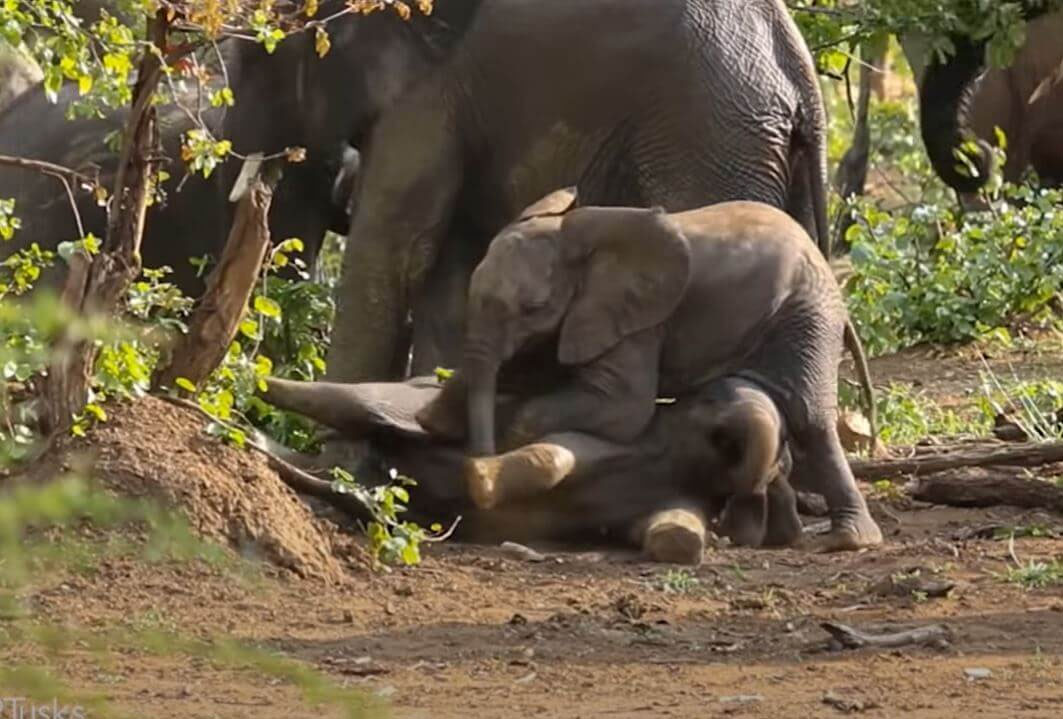 These two calves are no exception. The two were seen playfully wrestling with each other while their parents were watching over them.

The energetic duo did their best to pull and push their friend down using their heads, trunks, and legs. They lay and sit on top of each other every time they prevail in a fight. So cute! 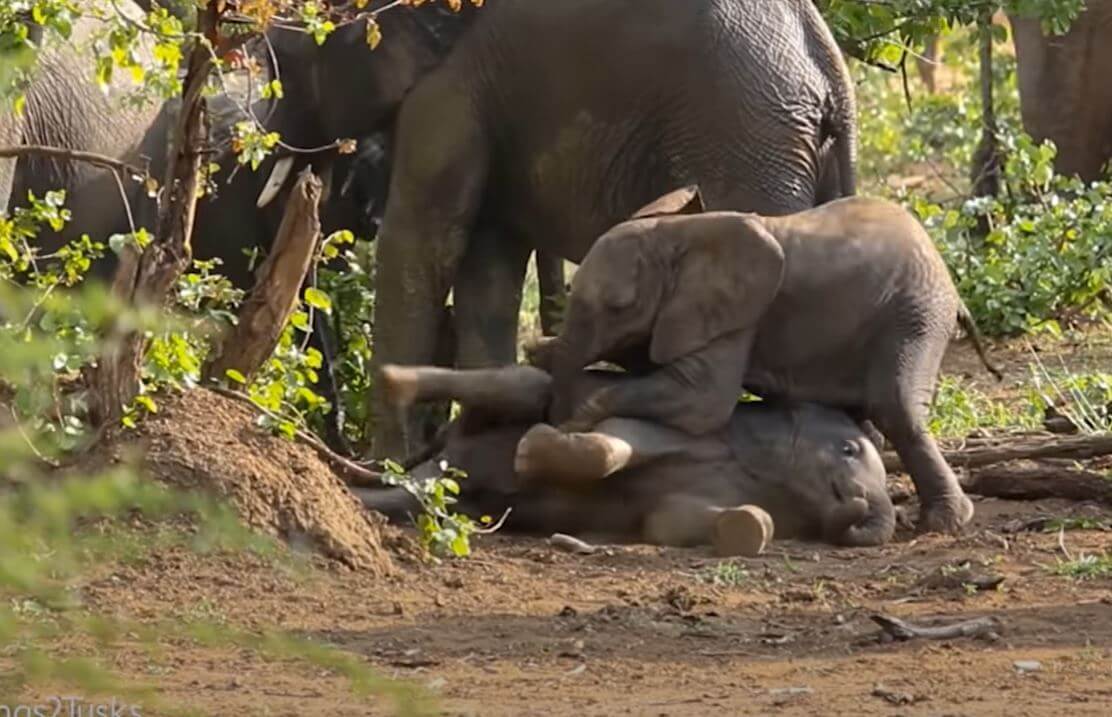 In fact, an adult elephant came to separate the pair, but that didn’t help, and they soon gave in. The baby elephants didn’t hurt each other, so they were allowed to play alone.

Their parents and other herd members are constantly observing them. 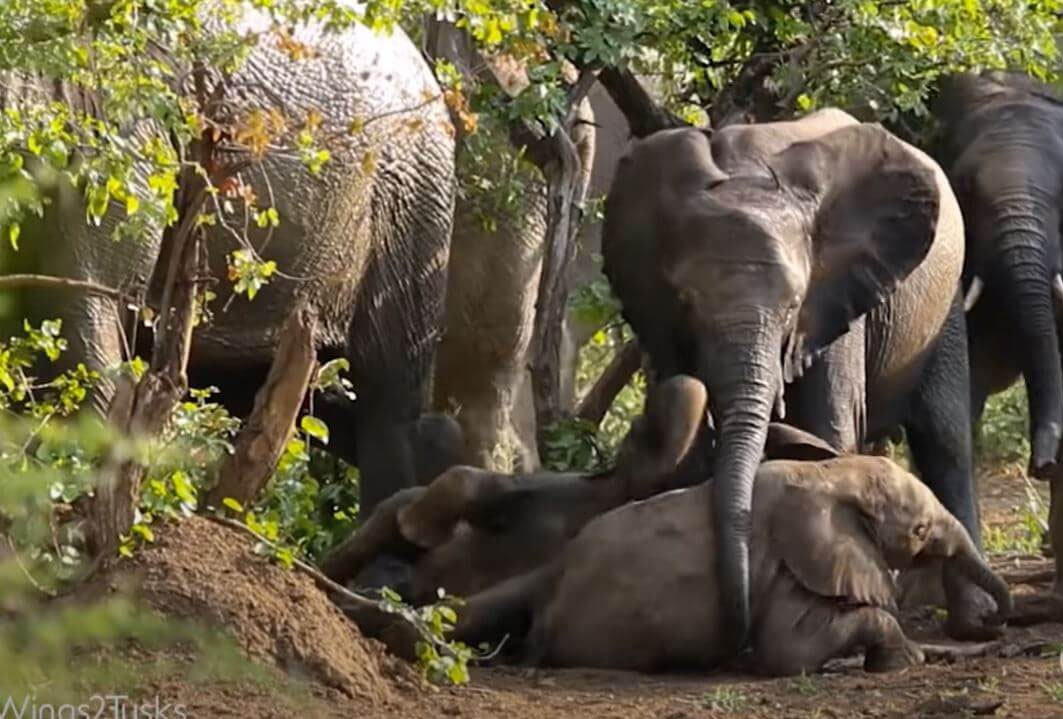 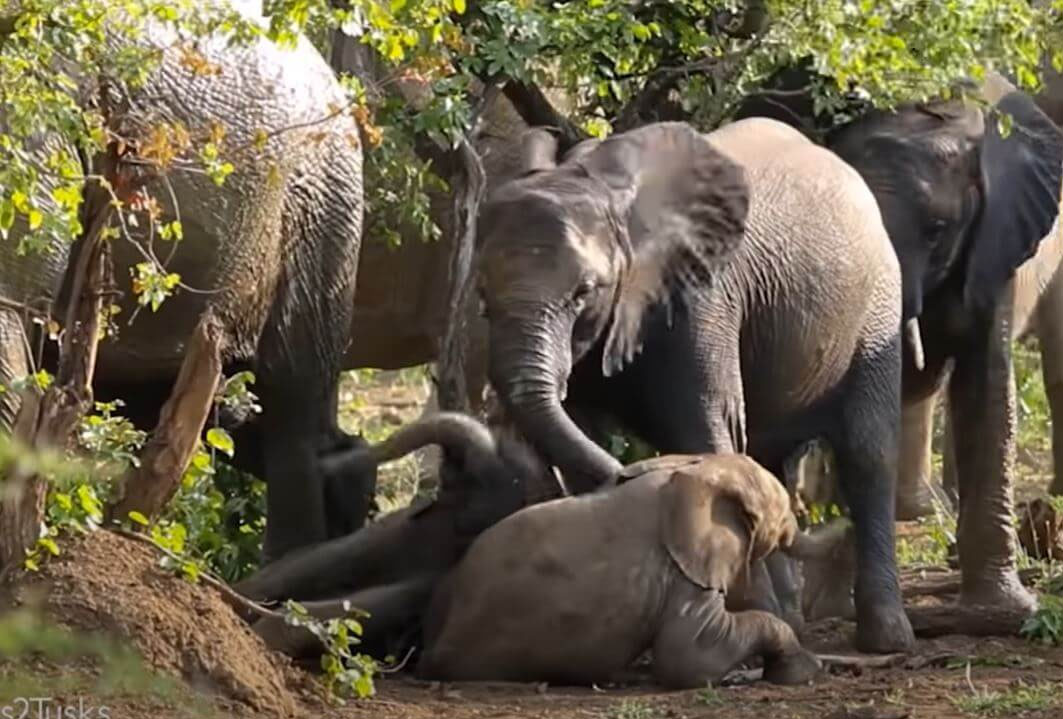 The two really enjoyed the fight. They only depend on each other when they run out of energy.

Then they took a rest and returned to their families. These calves had a good time, so they were ready to move on. 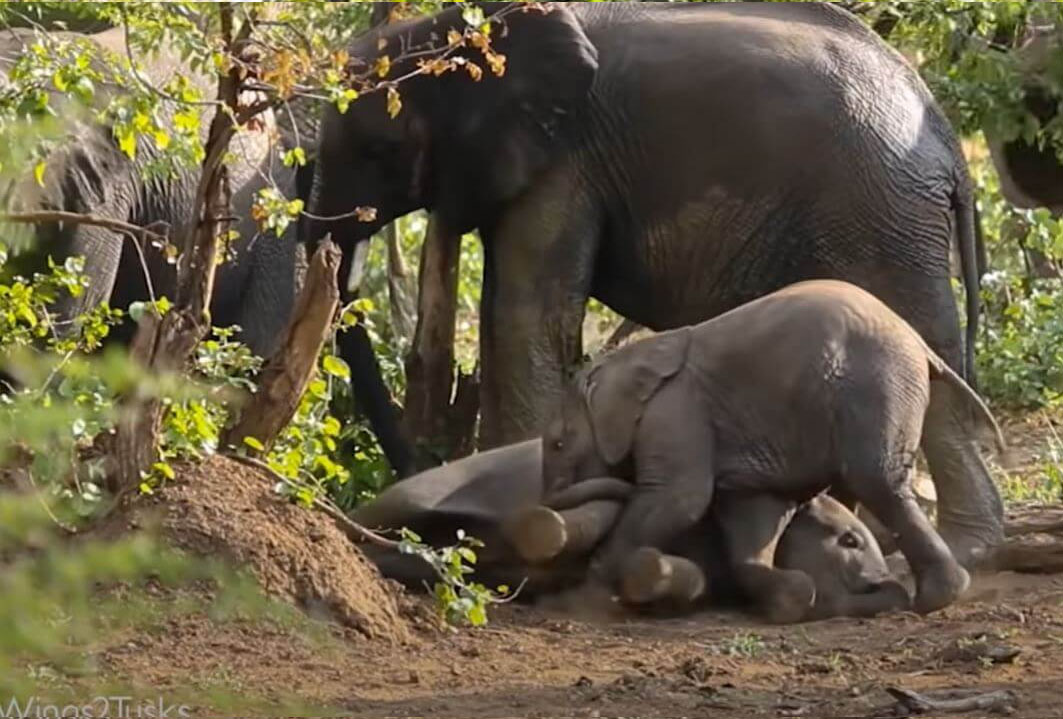 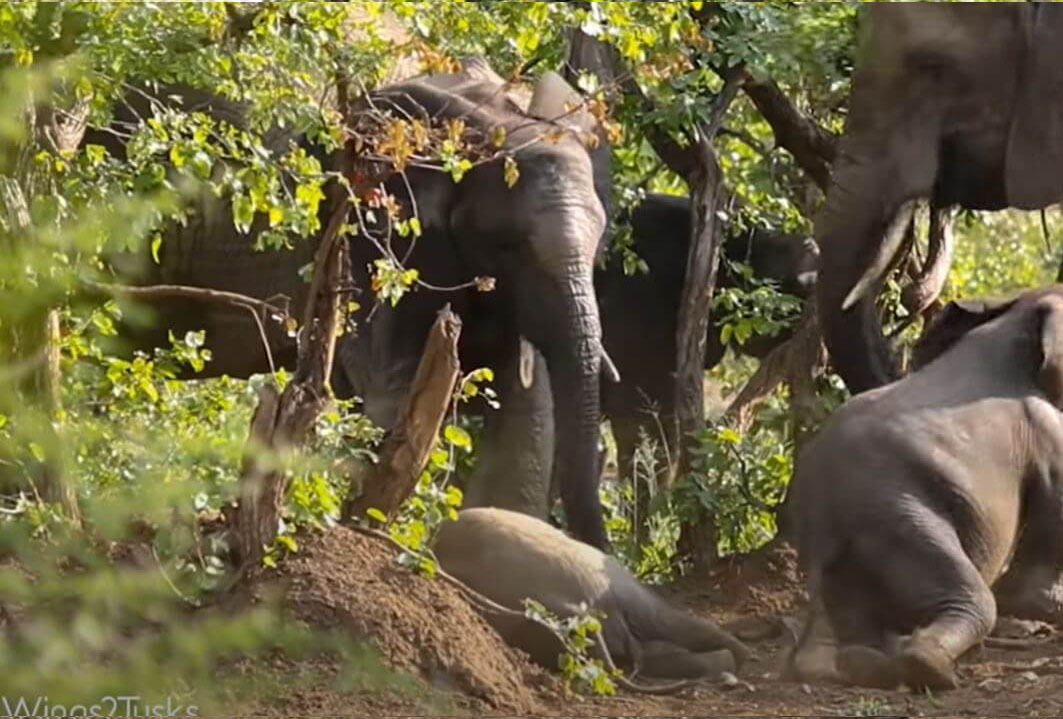 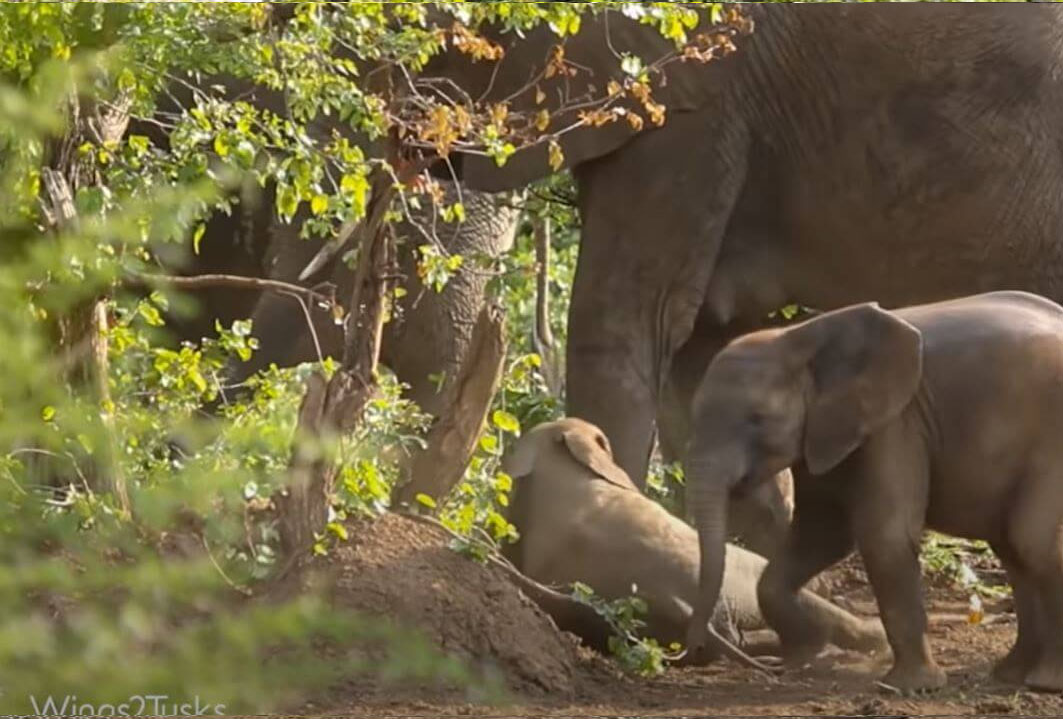 These funny, adorable moments were captured by Michelle Broadhurst and Jacques Joubert in North Kruger National Park, SA. The couple took the video while they were touring the reserve.

If you’re looking for something positive to raise your mood during these uncertain days, check out this video. And, don’t fall for these hyperactive baby elephants!