This is the adorable moment where an elephant herd steps in to help a baby elephant from a river.

The herd had stopped to drink, but when the baby elephant went to drink, the dirty wall of the waterhole gave way under his front feet, and he fell into the water.

Unable to get out of the water, the tiny elephant was quickly surrounded by a whole herd, who first tried to pull it out, and then one climbed in to push the baby out. 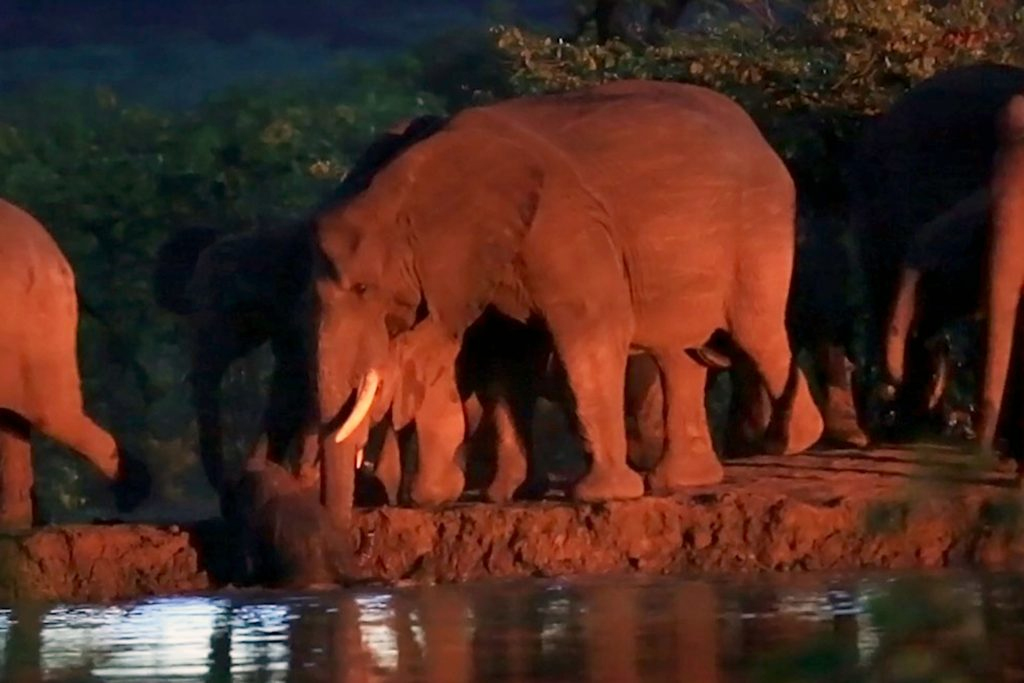 The footage was captured by Jaques Joubert, 55, and Michelle Broadhurst, 49, in Kruger National Park, South Africa.

“We were watching this herd of elephants drinks after a very hot day,” said Jaques. The baby also tried to drink, but unfortunately while trying to reach the water, the dirty wall of the waterhole gave way under his front feet, and he fell into the water.

“His mother didn’t seem too worried at first but quickly realized he wouldn’t be able to get out on his own. She never panicked and at first, tried to catch him with her trunk to pull him out, but that didn’t work, then she calmly climbed into the water and pushed him out with her trunk and tusks.

“Through this whole ordeal, the rest of the group seemed very restless and anxious, but mom kept it together. 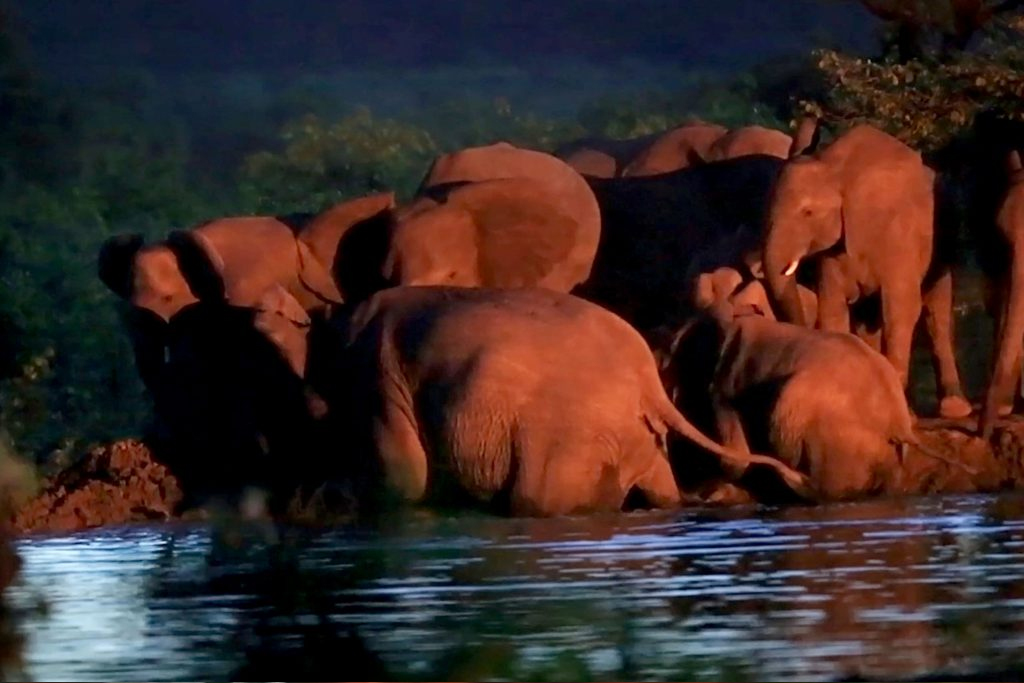 “I was ready to call the rangers to help the poor baby but realized that the mother had it all under control. Elephants are amazing animals, and humans can learn a lot from them. Their support system is unbelievable.

“It is amazing to see how they protect their young.”

“We spend a lot of time in Kruger National Park, and our main aim is to photograph wildlife with an emphasis on elephants.

“Kruger National Park is our destination of choice, and as a result, we spend a significant amount of time in the park each year.”