This is the dramatic moment an angry elephant charges a boat full of tourists as they watch him in deep water.
When Su-An Marais was on a tour down the flooded Chobe River in Botswana, the boat pulled up next to a large mammal chomping down on reeds.

While the elephant appeared to be completely relaxed, the vessel pulled up within touching distance until it spotted the tourists.

Clearly unimpressed by its invasion of personal space, the giant-headed straight for the bow and used its stunted tusks.

After a few short, sharp bumps, the boat and its passengers quickly backed up and sped away from any danger.

Su-An said: “Although this is the closest I have ever encountered an elephant, it seemed to be grazing quite peacefully.

“What could go wrong? I mean, an elephant can’t swim that fast in deep water, right?

“So I decided to shoot a video, and I could capture the sounds of plucking, chewing and breathing to demonstrate how close we really are.

“Obviously, it was too close to be comfortable.

“Fortunately, I was recording, as the charging happened so quickly that I couldn’t get the camera out in time to for the action.” 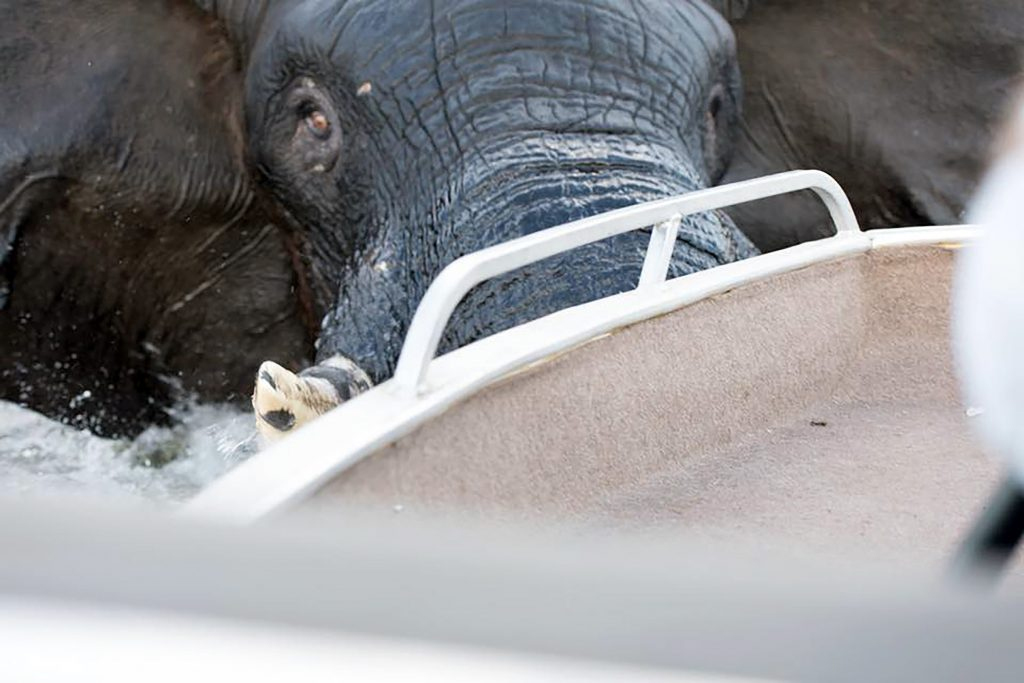 Su-An said she learned three things from her close encounter with the nasty elephant.

“One can see the anger in the elephant’s eyes right before charging.

“You should never underestimate an elephant’s ability to move underwater. 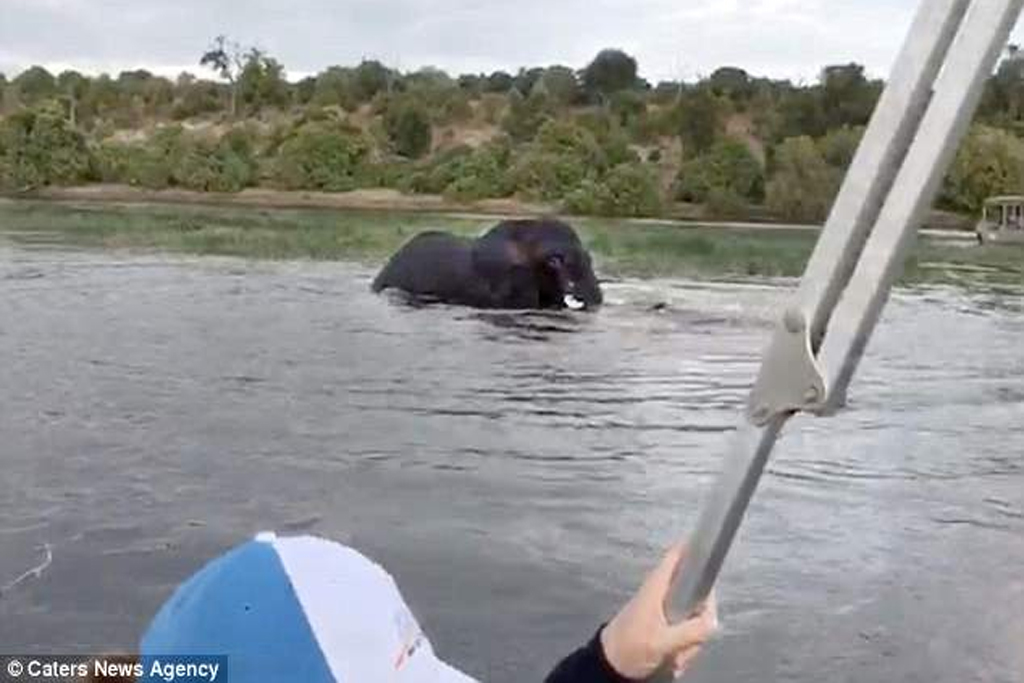 “The river was completely flooded, so boats have great access on a safari, but so were the elephants.

“Adult elephants that swim well can easily immerse themselves completely in the water and surprise you when they resurface. 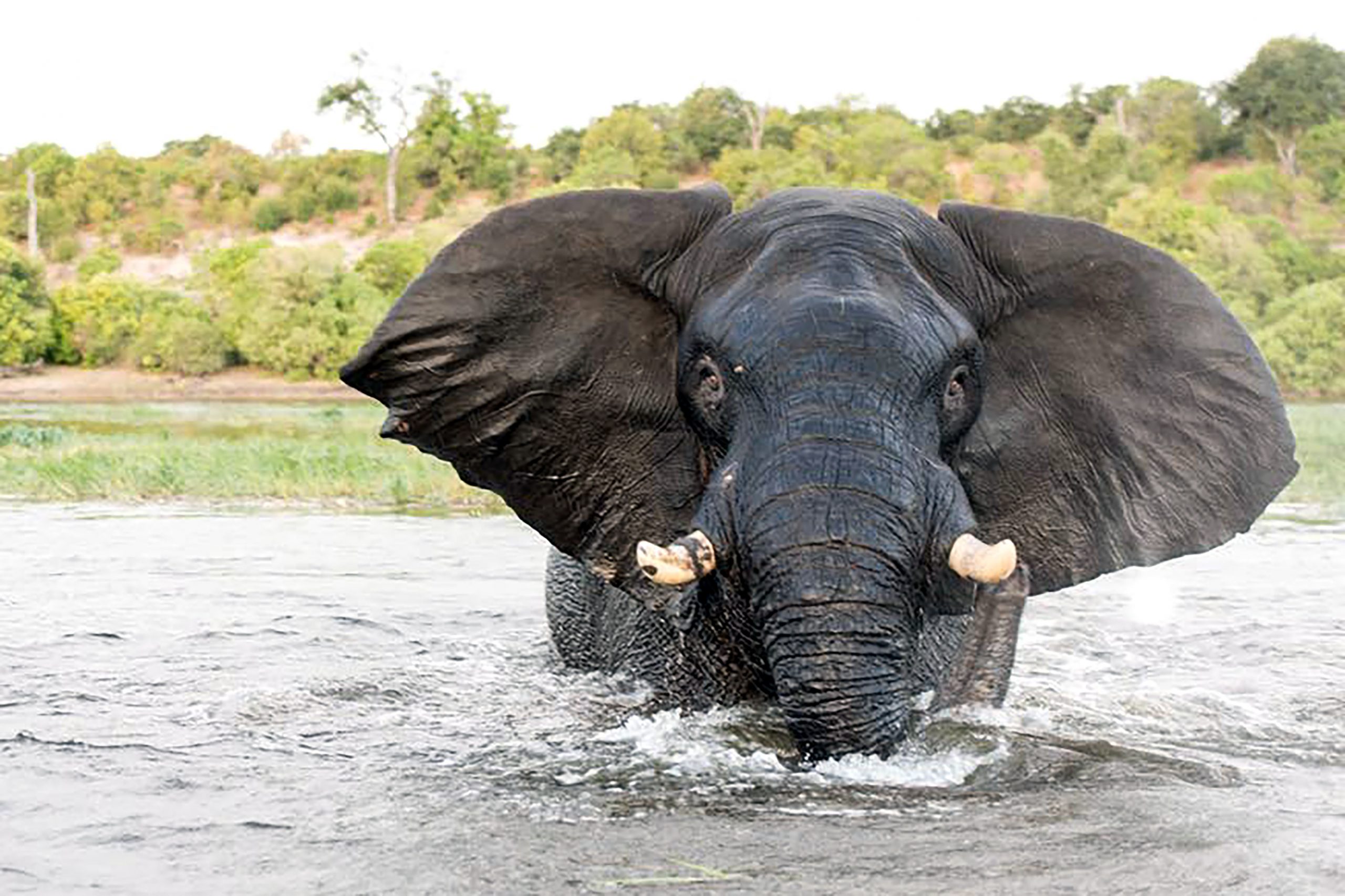 “I realized that the sounds and nearby boats must have irritated the elephant because there were several boats surrounding the elephant, but ours was the closest.”