The giraffes tried to cool off in the waterhole but were quickly startled by the mischievous elephant, who decided that he didn’t want to share.

The elephant returned to the water as the giraffes dashed away. 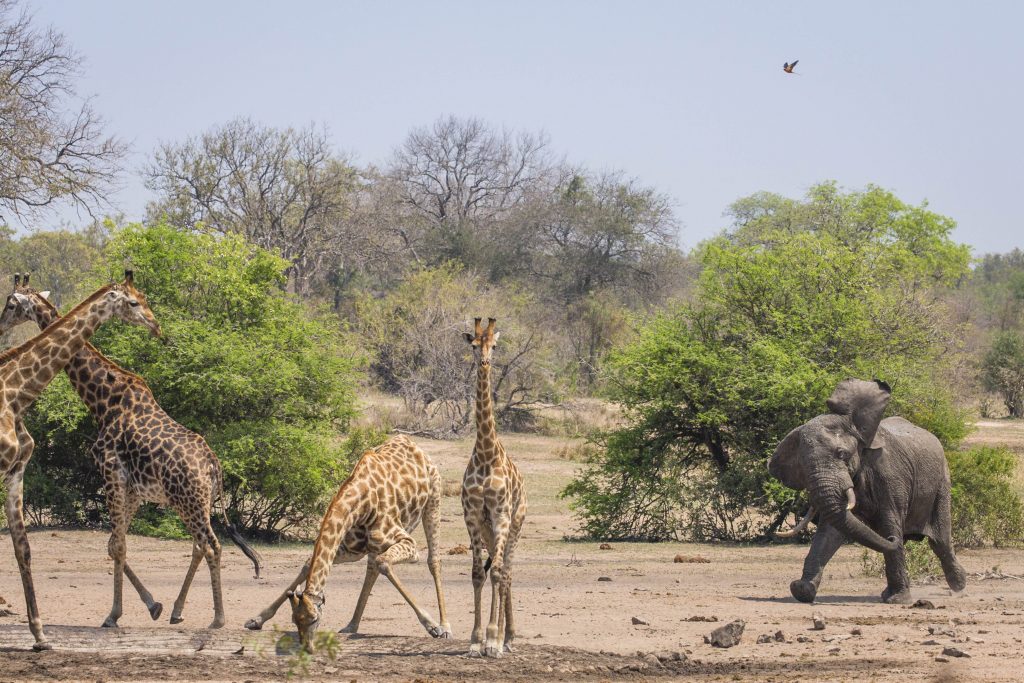 “We were photographing giraffes drinking at a waterhole in Kruger National Park, and in the distance, we could hear a herd of elephants approaching the surface of the water,” said Janet.

“As soon as the elephants passed through the trees and saw the giraffes in the water, this baby elephant started trumpeting and ran towards them. Elephants generally don’t like other animals sharing their space at a waterhole and often chase them away.

“Youngsters are especially fond of chasing other animals, most of the time, it’s not serious, but sometimes an animal can be injured- In this case, all the giraffes just run away.” 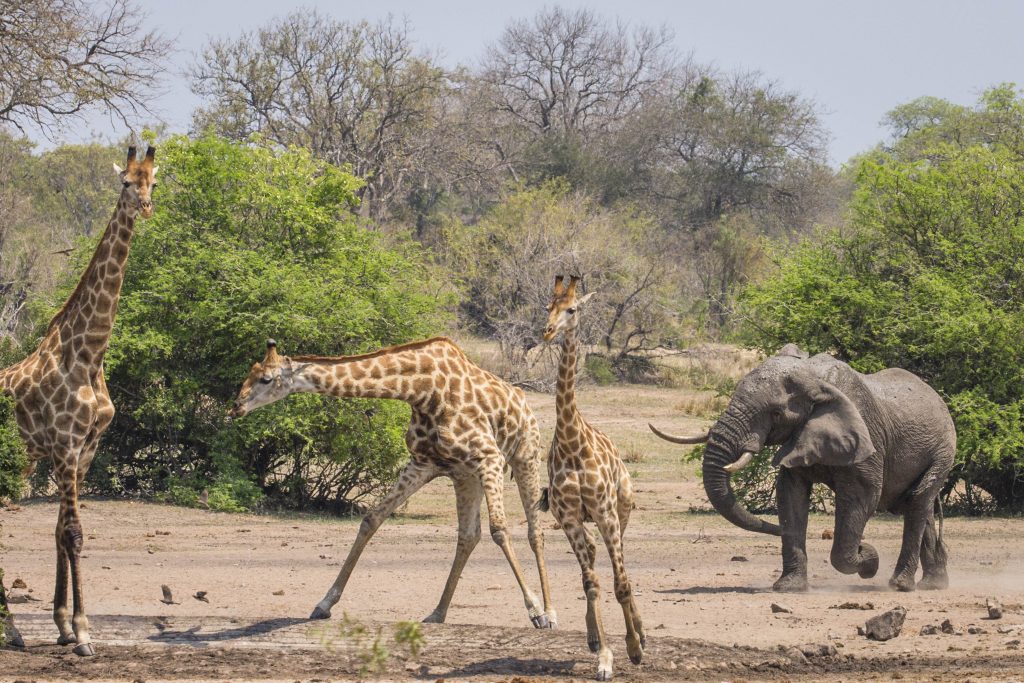 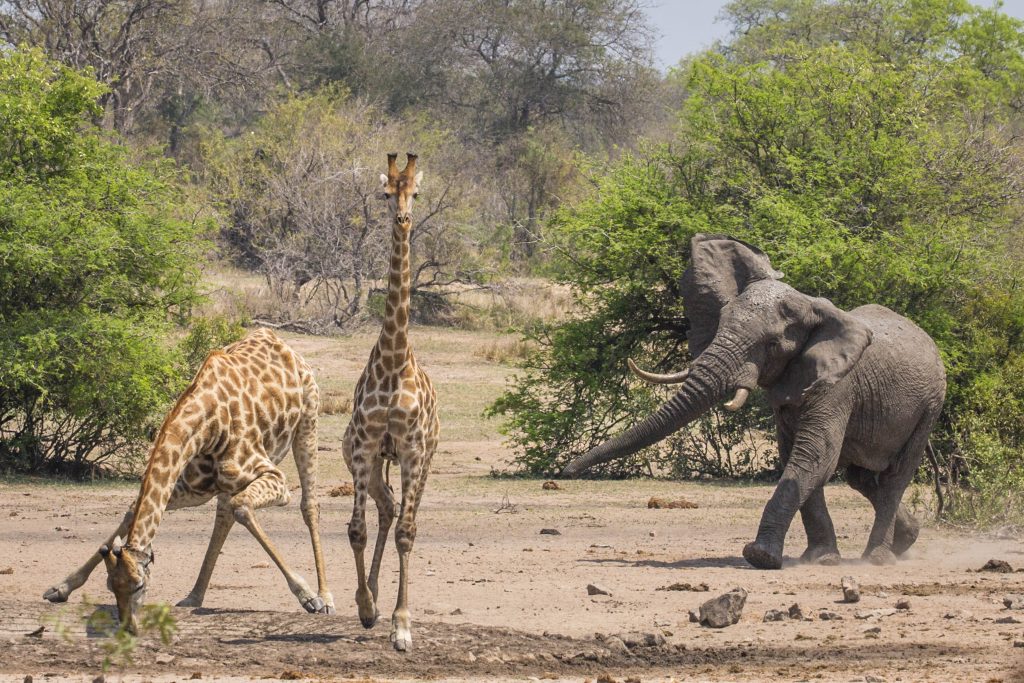