Mosha was only 7 months old when she lost her front leg to a landmine near Thailand’s northern border with Myanmar. Surgeon Therdchai Jivacate met her two years later and worked with the Friends of the Asian Elephant Foundation hospital to create the first-ever prosthetic leg for an elephant.

Since then, Jivacate has helped to fit Mosha with multiple new legs to adjust to her growing size and weight, and now at ten years old and about 4,400 pounds, Mosha received her ninth artificial leg just earlier this month.

Over the course of Jivacate’s career, he has made over 20,000 prosthetic legs for humans, as well as a wide range of animals from dogs and cats to birds.

As an innovator in his field, he has been providing free prosthetic limbs to impoverished amputees through the Prostheses Foundation, which he founded in 1992. He is known for his development of techniques allowing low-cost, high-quality prostheses to be made from local materials. 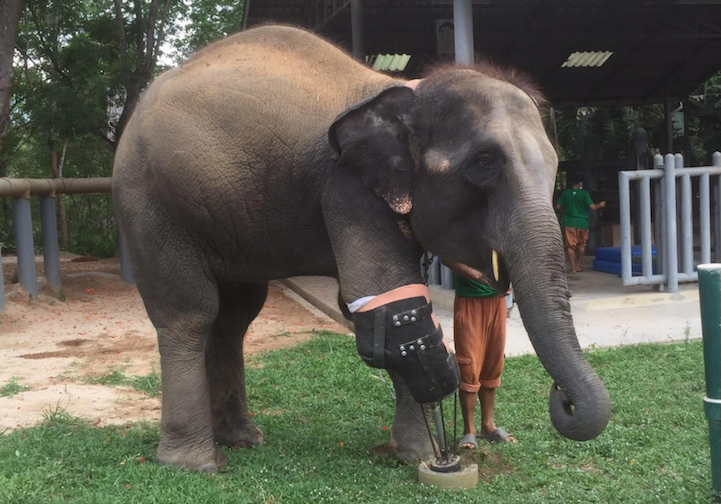 Constructing a prosthetic leg for an elephant, though, was a completely new challenge for the accomplished surgeon. Despite the challenges, he felt compelled to help Mosha from the first time he saw the injured elephant. 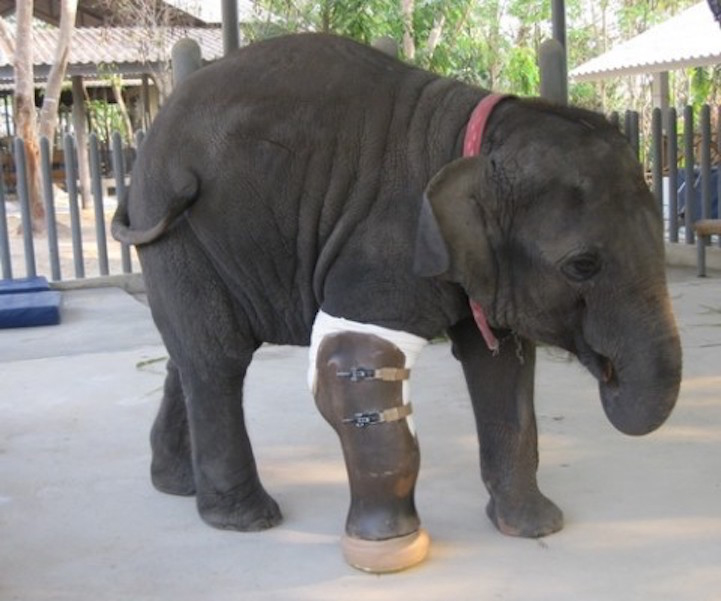 “The way she walked was unbalanced, and her spine was going to bend. That means she would have hurt her cartilages badly and eventually stopped walking. And she would have di.ed because of that,” Jivacate said. 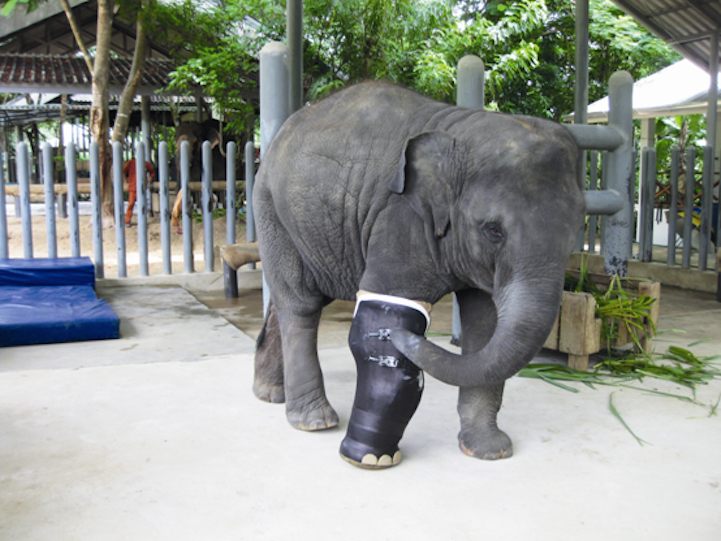 Jivacate created the original leg through extensive trial and error, and the final design consisted of a thermoplastic, steel, and elastomer limb that carefully and comfortably cradled the injured stump while allowing for overall fluid mobility. 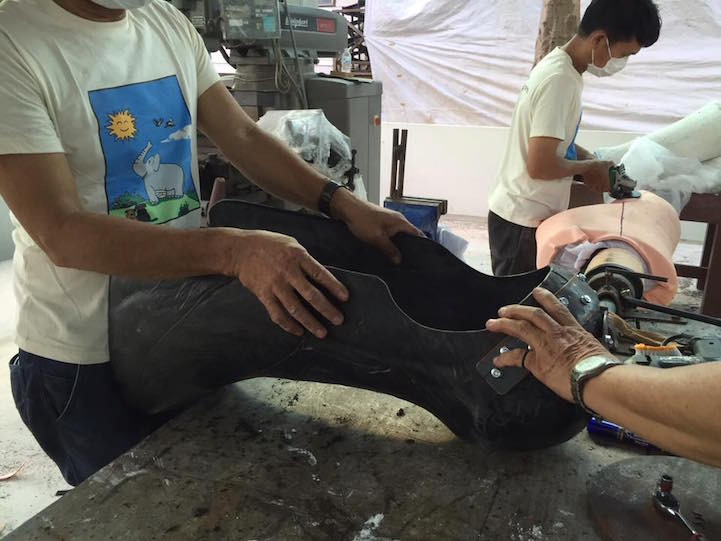 Mosha learned to walk with her artificial leg in just 12 hours, but due to her rapid growth, she went through three prosthetic legs in her first year.

Jivacante and his team continue to search for newer materials to build the perfect prosthetic that can hold up under Mosha and other elephants’ weight. In the meantime, he is happy to have been able to help Mosha walk on all fours again. 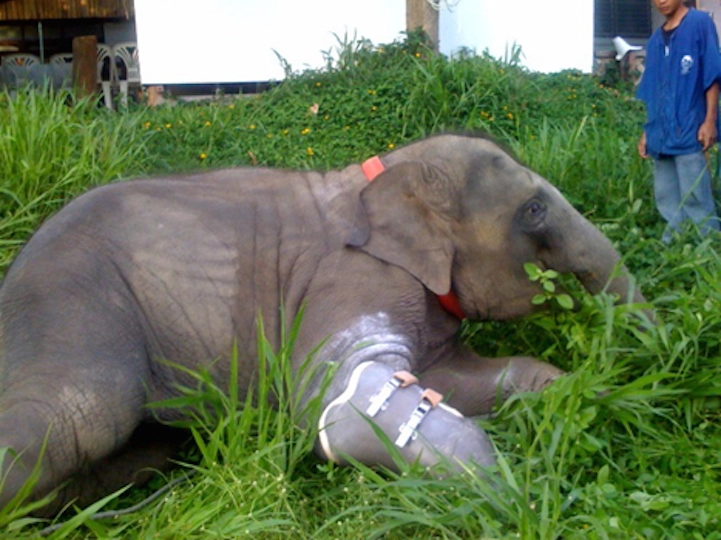 “Animals don’t ask that we make legs for them, but we wanted to give Mosha one,” Jivacate told Motherboard. “I think she knows that I make her prosthetic legs as each time I come to the elephant hospital she makes a little salute by raising her trunk in the air.”