This is the adorable moment a baby elephant crosses a road in a nature reserve in Zimbabwe just to have fun. The young calf doesn’t seem bothered by the tourists’ presence as he was playfully rolling in the sand right in front of their car. One of the eyewitnesses captured the moment, and it was nothing but so adorable!

Although the aggressive elephant caused a traffic jam, tourists from safari vehicles were still unable to get through. However, to everyone’s delight, the baby elephant continued his adorable playtime. He just kept rolling in the sand. Then he just sat on his belly with his legs straight out while raising his little trunk in the air. 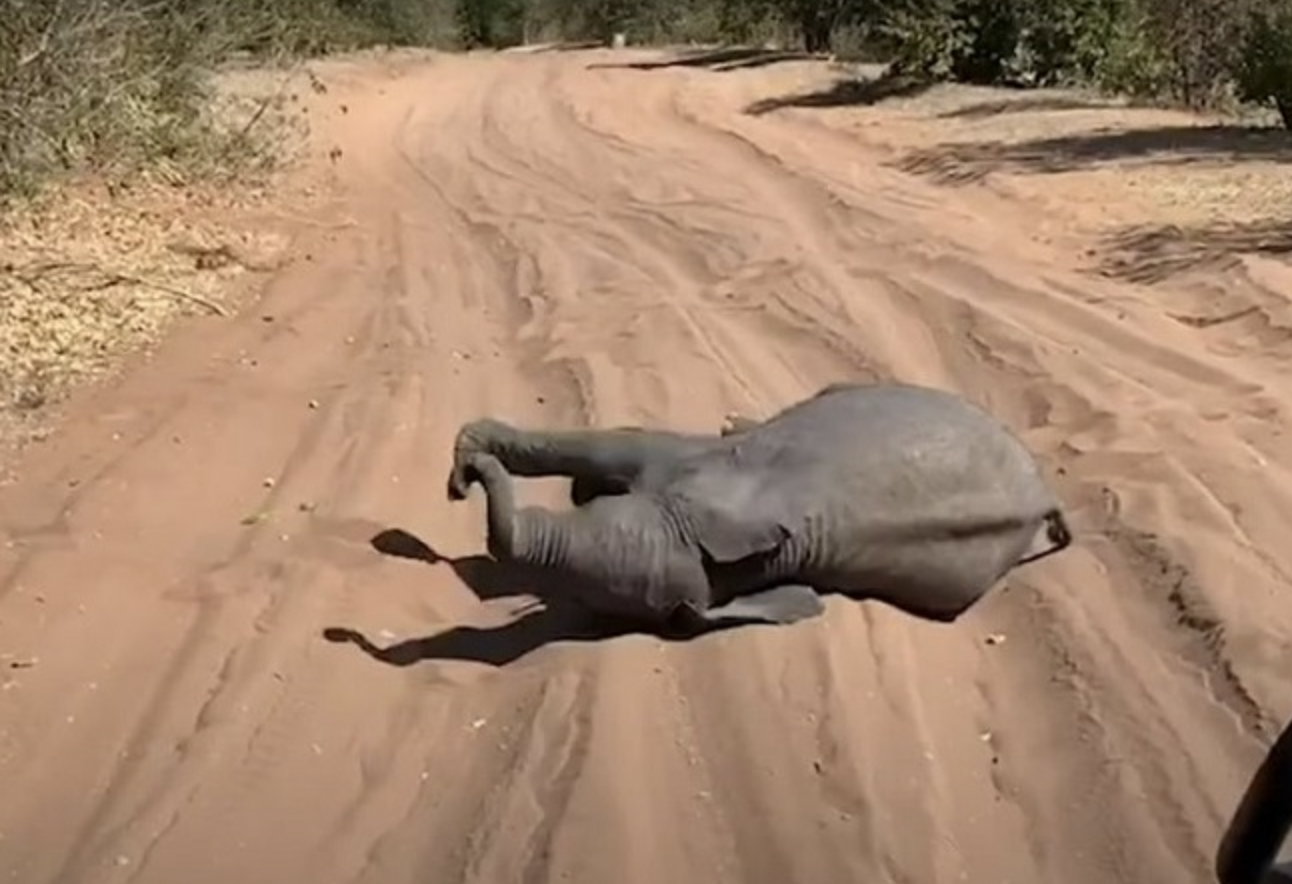 Then, suddenly, the cute elephant decided that’s enough, and he raised his feet and confidently looked towards the tourists to let everyone know it’s not their way, but his playground, before finding his way in the bushes. 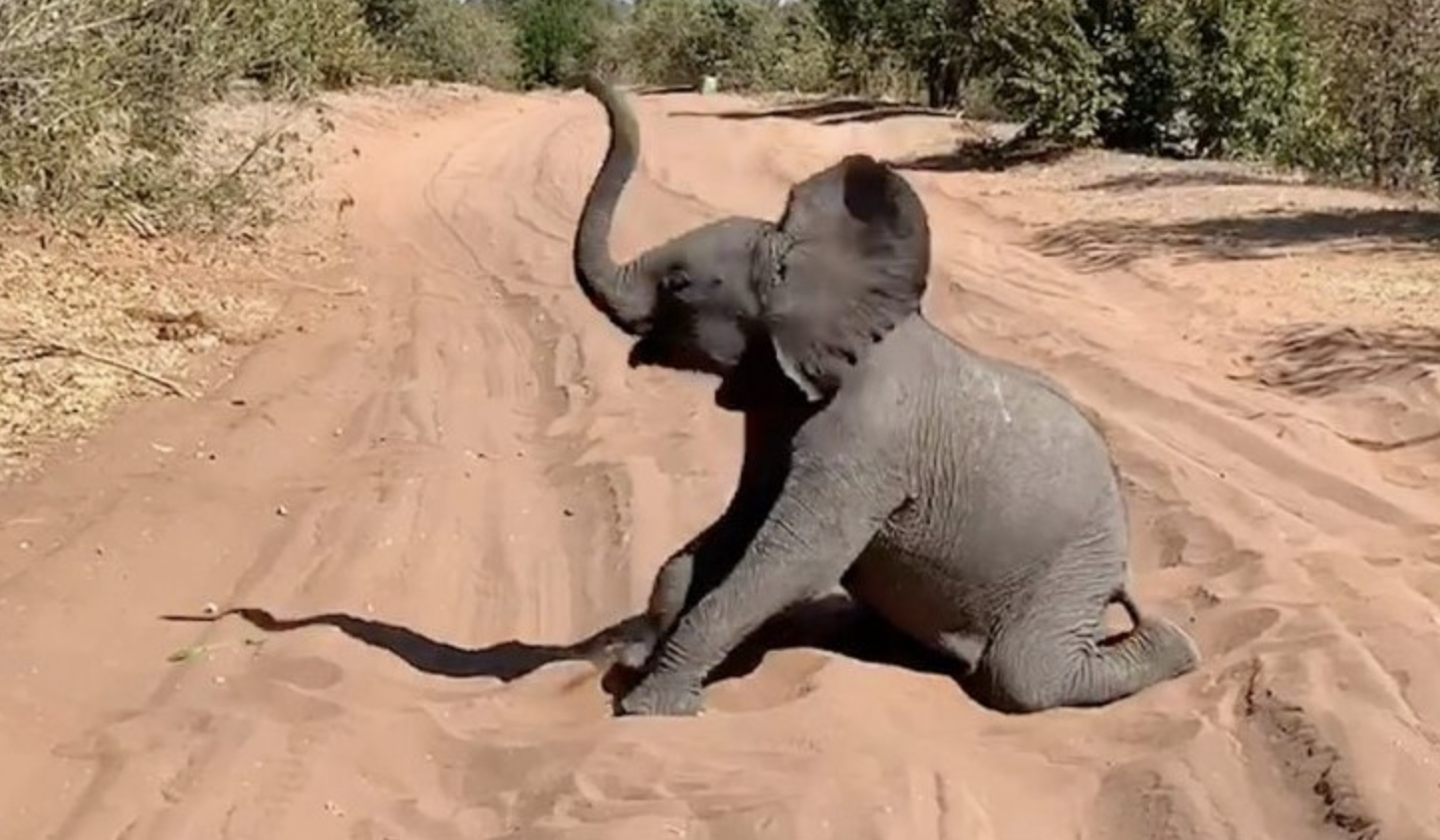 It goes without mention that everyone is just intrigued by the heartwarming moment that happened in front of them. “Oh my God, he is so adorable,” one woman could be heard. While Brett Berenson, who also captured the moment on his camera, said: “It was a lovely sight. I can’t believe how lucky we were.”