A wild elephant has been saved by authorities in China and reunited with its mother after being trapped in a hole.

A calf fell into a hole in the ground while roaming a village in southwestern China’s Yunnan Province.

After being trapped for 12 hours, the tiny Asian elephant was hauled out of the pit by a team of officers before rejoining its herd. 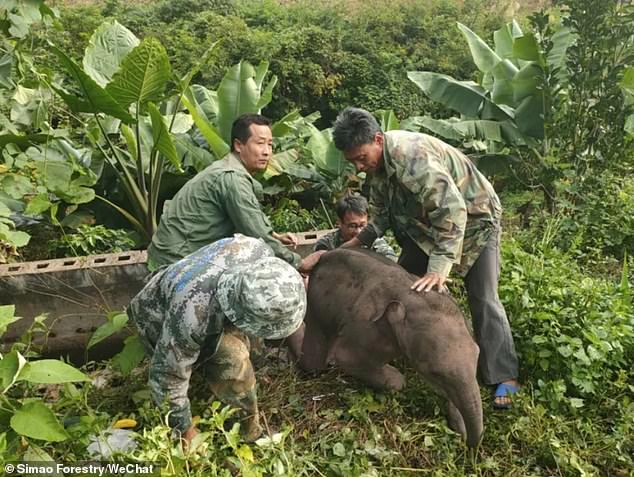 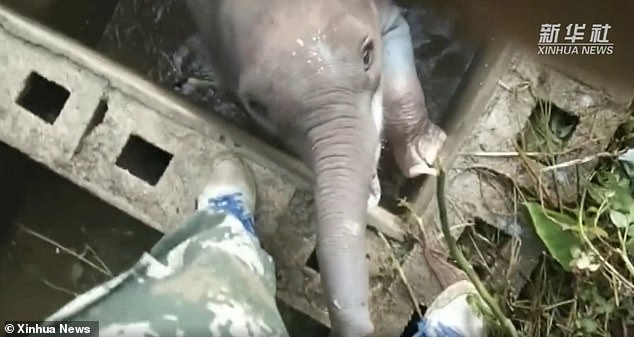 According to authorities, since 1993, there have been over 120 wild Asian elephants in the region.

The incident occurred in the Simao district of Pu’er city in the evening.

A patrol officer, responsible for monitoring the local elephants’ activities, reported to the authorities after spotting the mother elephant and her calf playing and looking for food in a village. 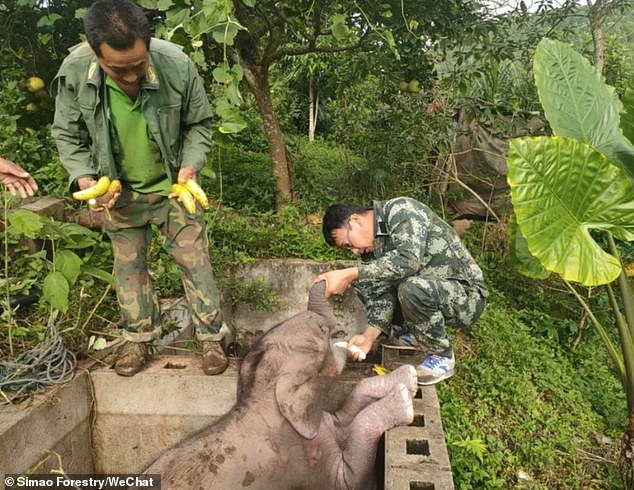 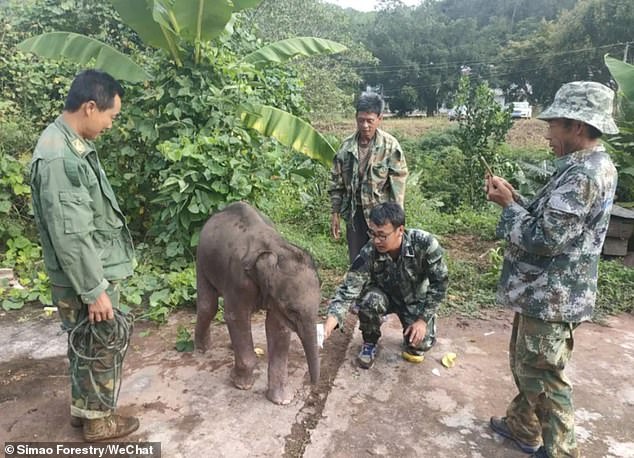 That night, a farmer discovered the calf trapped in a hole at his house, and the government was immediately notified.

Before the calf fell into the hole, the animals had gone inside to look for food. The rest of the herd departed without discovering what had occurred.

The infant elephant was discovered by a group of rescuers, including police officers and forest keepers, who arrived on the scene immediately to save the animal. ‘We were using flashlights and spotted the baby,’ one of them said.

‘It was aimlessly walking around, looking for its mother. But she had departed.’

Given the pit’s depth and the occupants’ safety, authorities decided to look after the baby elephant and carry out the rescue the next day. The calf was pulled out of the hole after 12 hours by its rescuers, who then led it back to its mother. 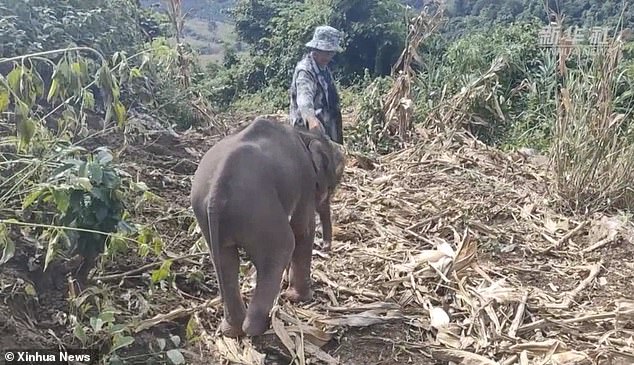 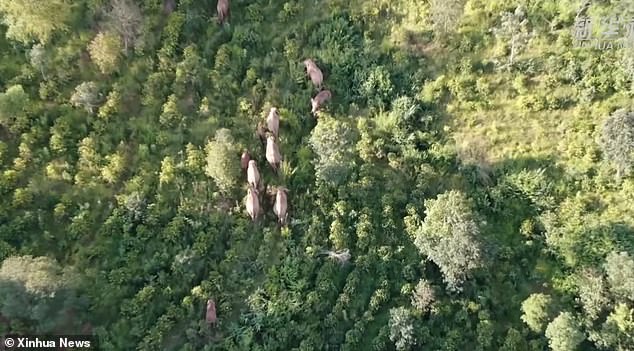 Three police officers are seen with the saved calf trying to guide it back to its herd. ‘Let’s go, let’s go find your mommy and return to nature,’ one of them said.

The infant elephant was unharmed in the incident, according to reports.