Perhaps it’s because so many of us grew up watching Disney’s Dumbo as a child that we all have a soft spot for elephants, particularly infant ones.

That is why this recent clip from the Amboseli Trust for Elephants elephant research and conservation organization – which has begun to go viral on the internet – is so unique.

An eight-month-old calf became trapped in a shallow well in Kenya’s parched grounds of Amboseli national park while its increasingly frantic mother, Zombie watched on, useless to assist. 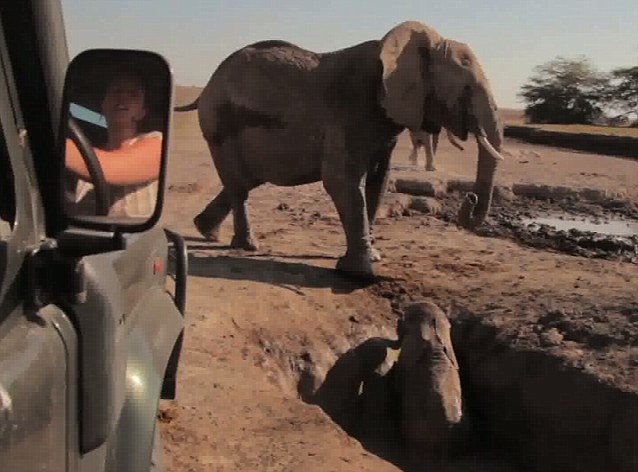 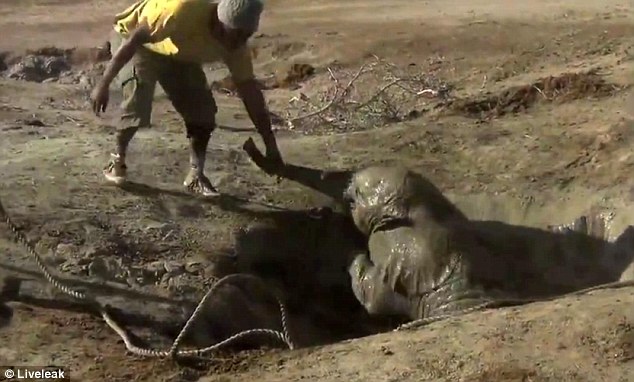 Fortunately, the Trust was informed of the situation in Kenya’s Rift Valley Province earlier this week, and two jeeps were dispatched to assist.

The rescue operation began before the mother would have been driven away by herders who would come to water their cattle early in the morning.

The team initially struggled to tied a rope around the calf in the 5ft-deep hole because the low-lying water caused the line to float to the surface.

Finally, they managed to attach it and, with the other end of the rope secured to a jeep, hauled the animal to safety. What came next was absolutely tear-jerking. 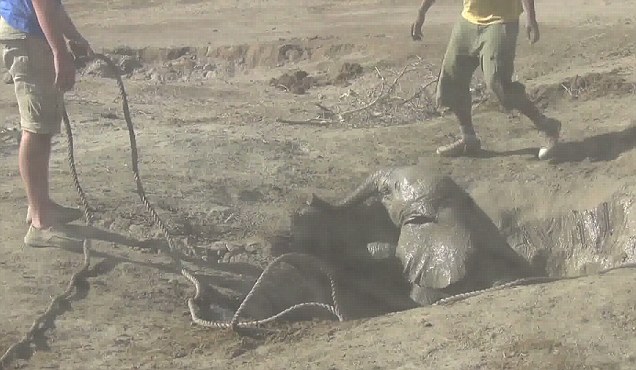 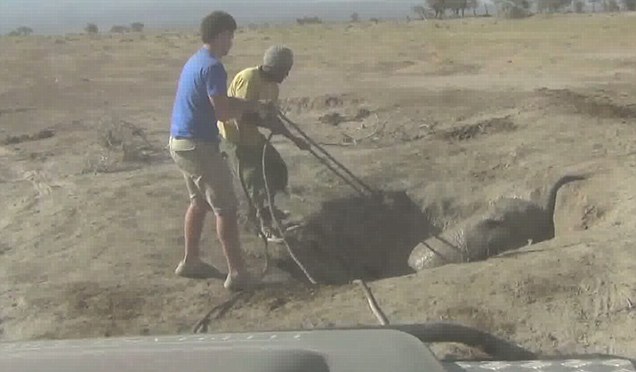 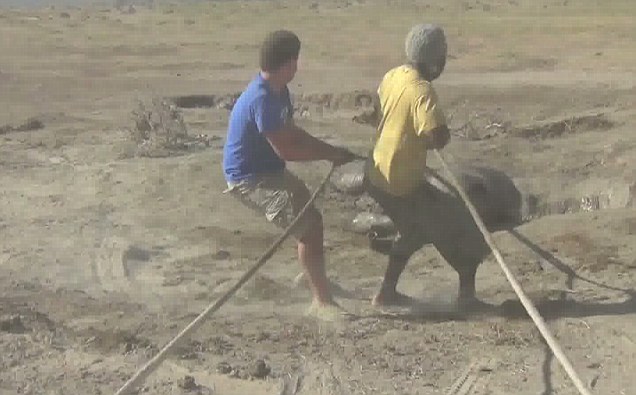 The calf thundered across the empty field, leaving a trail of dust behind it. The cries of Zombie could be heard in the distance as she ran in the opposite direction.

They were subsequently reunited, embracing each other with their trunks. They then faced the camera, perhaps to express their gratitude to the saviors. 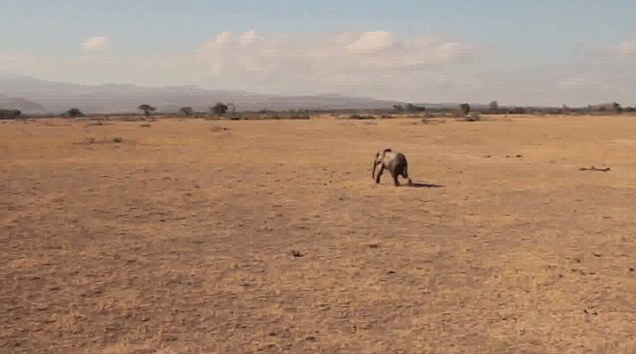 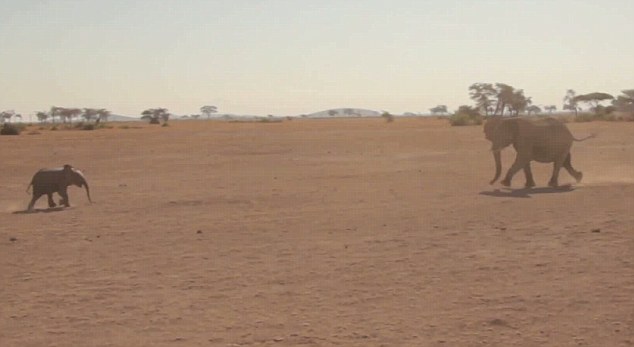 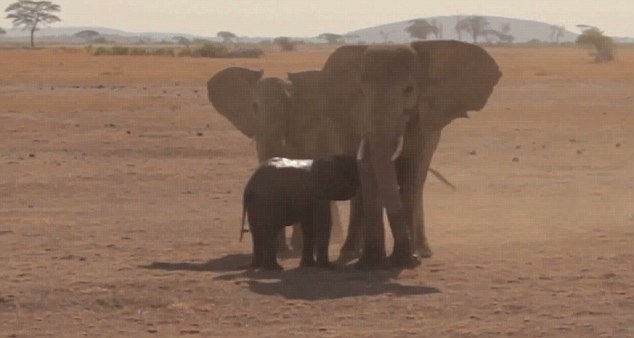