This is the incredible sight of a brave safari guide calmly shooing an elephant away after the huge animal considered trampling him.

Mr. Troskie, 34, was repairing the wooden perimeter of a waterhole in Lions Place Lodge in Greater Kruger National Park, South Africa when a herd of elephants passed by. 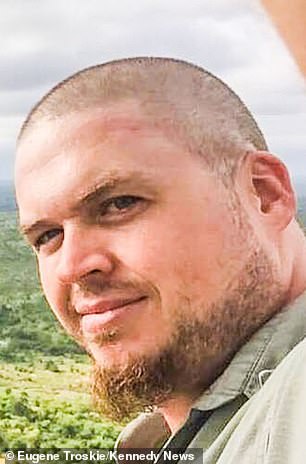 The field guide sits near a tree to avoid being discovered by the creatures. 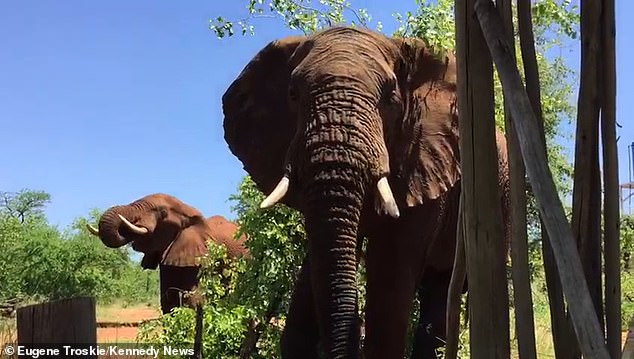 But a curious youngster noticed him.

The elephant nearest to him immediately stops and turns its head toward Mr. Troskie, who is still crouched down.

The huge beast slowly approaches him, taking cautious, deliberate steps. It then stops and faces Mr. Troskie, who continues to record silently.

The elephant approaches Mr. Troskie before stepping over the short wooden barricade behind which he sits.

Before raising its other foot over the step, the elephant touches the guide’s leg with its trunk.

It lifted its front left foot off the ground and gave the guide three quick kicks. 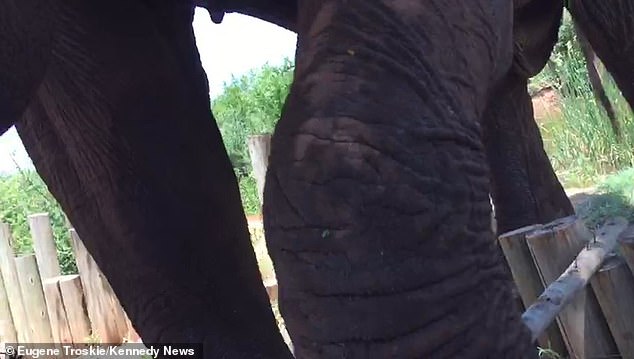 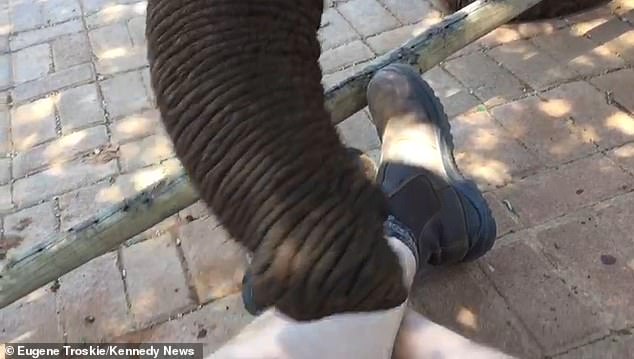 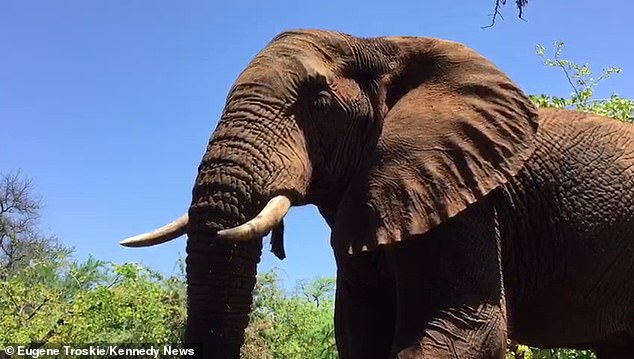 Mr. Troskie boldly shoos the creature away before the enormous creature can set its foot down on the ground, telling it to “go on.”

The elephant let out a loud blast from its trunk as it departed.

‘When he started to kick me, I was terrified,’ Mr. Troskie added. ‘

I had to do something to get him to back off since if I hadn’t reacted, he would have easily stepped on my leg and crushed it.

‘I’m an expert and took a calculated risk doing this, although the interaction was unanticipated.

Fortunately, the elephant was merely curious rather than aggressive. ‘I wanted the herd to drink from the waterhole and depart again, but this did not happen as planned.’