The footage taken by Willem Bakhuys Roozeboom, 45, shows the elephant using its trunk to reach a food van. 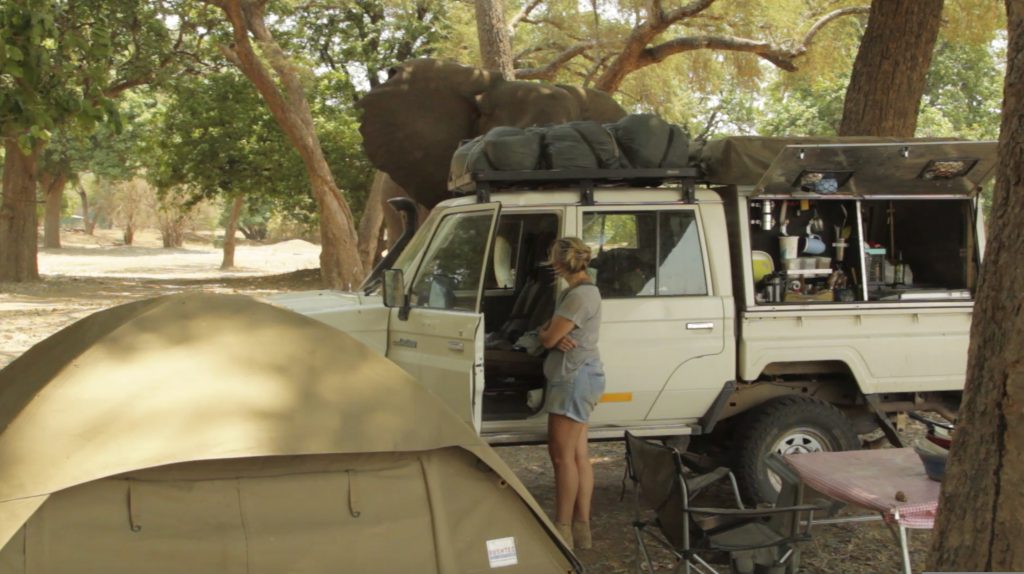 But the van parked at Mana Pools campsite, Zimbabwe, was too safe for the hopeful thief.

The safari camp manager says that the elephants are attracted by the smell of the fruit and won’t stop there to achieve their goal.

Thankfully, this elephant soon got bored and could later be seen gnawing on a leaf.

Willem said: “Almost every day, this particular elephant will come to the campsite gently roaming around, sniffing cars, tents, chairs and our laundry on the line. 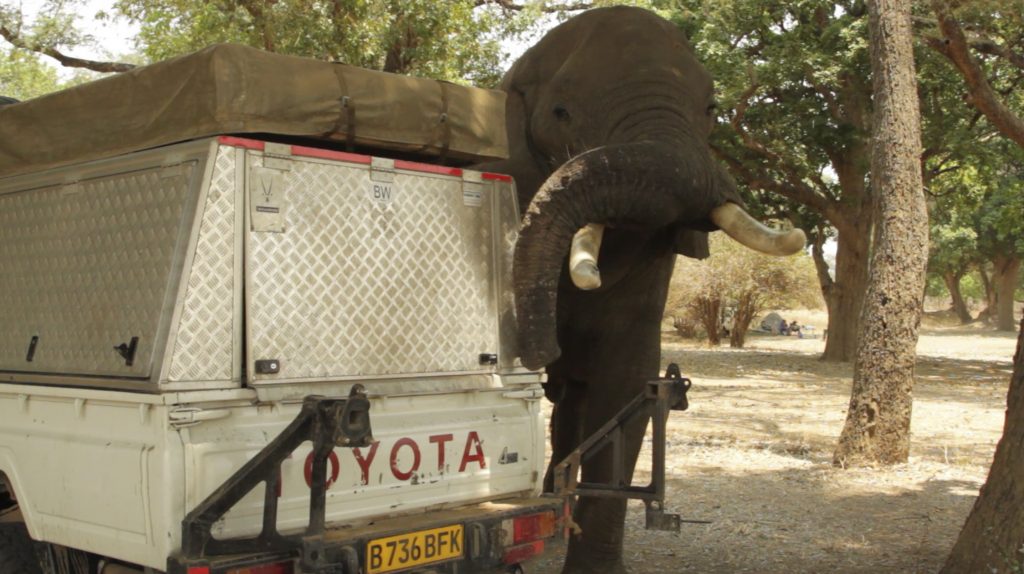 “As long as you give him space, don’t make sudden movements or chase him away; he will be as comfortable as in the video.

“The elephant knew I was there the whole time. He looks but pays no attention to me as I calmly walk away, out of his personal space. He just wants his fruits and vegetables.

“My girlfriend, Iris Breeman, can be seen closing the back of our truck to keep the elephant out and investigating what else we were carrying with us.

“You can hear in the video that I tried to ‘shoo’ him off. That obviously didn’t impress me at all, so I left it. 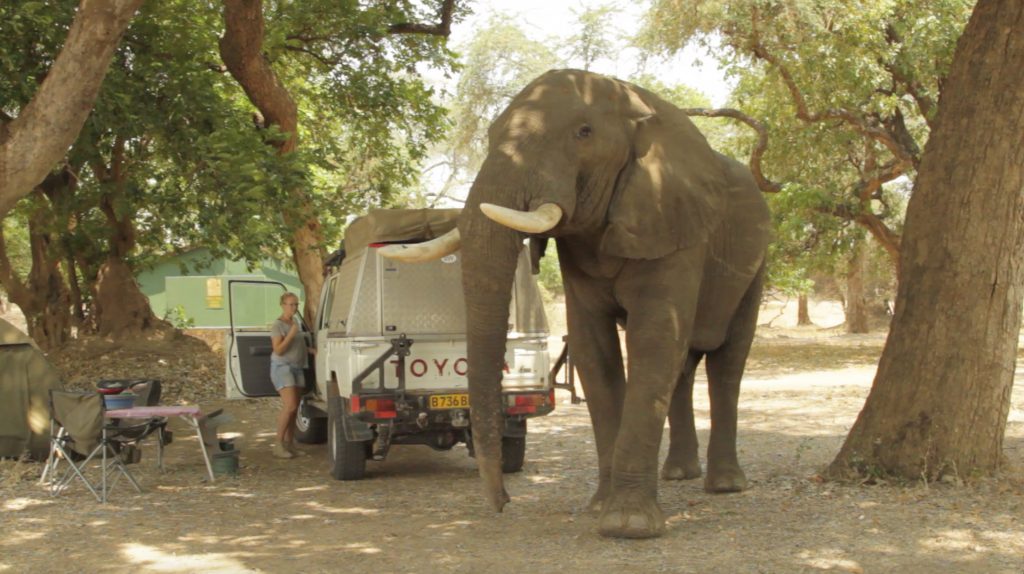 “It’s more of his space than ours, and the last thing I wanted was to upset him.

“We just had to face the consequences, whatever it would be, rather than chasing after him, which may have given him false associations for the future.”