An African elephant named Kenia enjoyed a brief sense of freedom this week when she dashed through the electric fence of her circus just to explore her surroundings.

The circus she joined happened to be in the small German town of Neuwied. 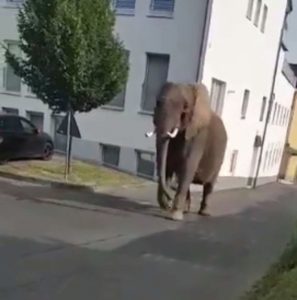 Surreal probably does not begin to describe the experience of the locals strolling along the sidewalk, who had to stop to let Kenia pass.

But Kenia’s little trip was called “a short and peaceful excursion.” She just seemed to enjoy being able to pinpoint where and when she went. 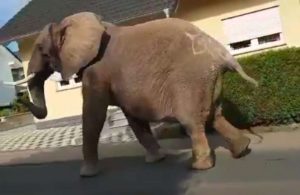 African elephants are emotionally complex and very intelligent animals who in the wild travel in large tightly-bonded herds. They travel an average of 15 miles per day — Kenia was only able to go a little over a half a mile on her solitary walk before she was captured and taken back to the circus.

Due to the stress and abuse that circus elephants experience during training and performances, when an elephant is let loose can have deadly consequences. Just a few years ago in Germany, another elephant in a circus trampled a 65-year-old man to death while walking. 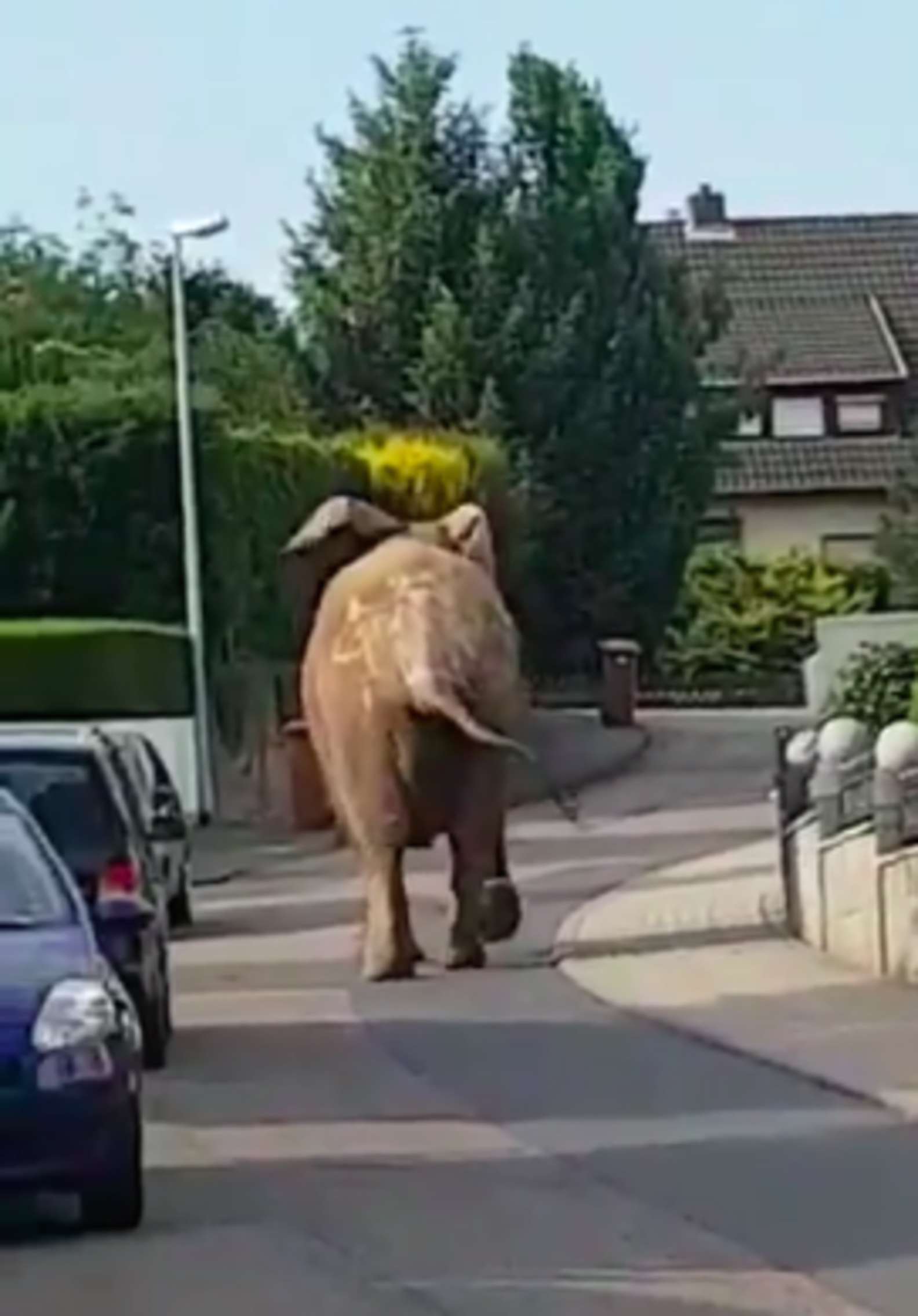 Because of the cruelty to animals and the risks to human safety when animals are free, many countries in Europe and worldwide have banned the use of wild animals in circuses. But Germany still lags behind.

It is especially that an elephant as beautiful as Kenia is still made to perform, as African elephants face many anthropogenic threats beyond their recreational use, from habitat loss to poaching. In fact, we are losing elephants at such a rapid rate that they could become extinct in our lifetime.