This brings the cute radar to an all-time high! 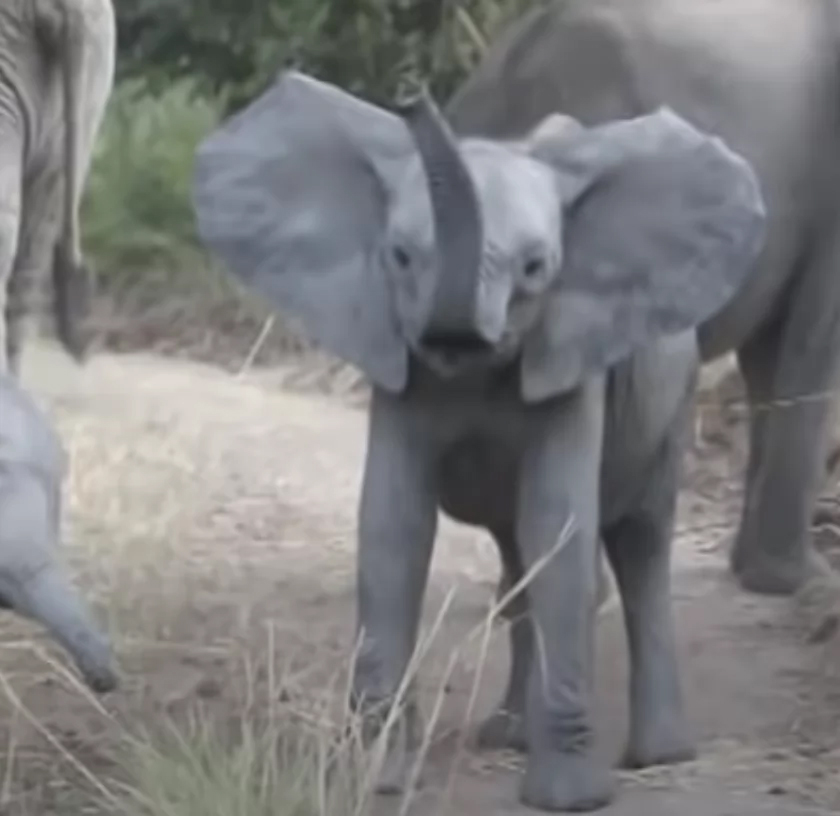 When these tourists at Mfuwe Lodge went on an elephant safari, they encountered a brave calf that attacked them and stole their hearts.
The Bushcamp Company’s Mfuwe Lodge in Zambia, East Africa, is home to many elephants, but none are as cute as the one in this video. Posted by YouTube channel Mfuwe Lodge, the video shows that not all charging elephants scare us.

Elephants charge as a way to protect themselves and their families, and can you really blame them? As civilizations grow stronger and technology advances, elephant habitats are threatened. This results in about 500 deaths per year. If you think that’s a bad thing, compare that to the roughly 100 elephants killed every day by poachers.

The baby elephant in this video was just playing with his siblings when a touring car approached his herd. 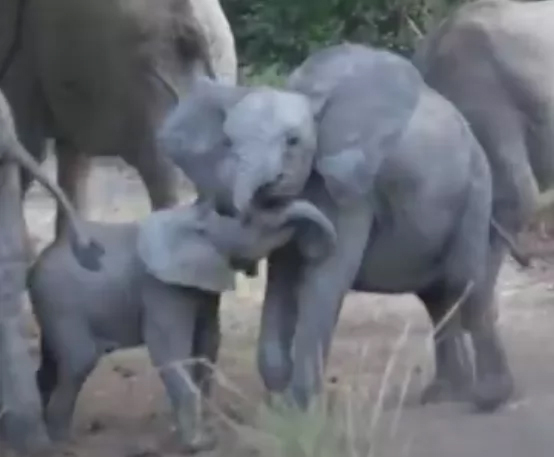 You can see the curious creatures stare for a moment before they start their business, seemingly undisturbed by the vehicle approaching them. All but one of them is… 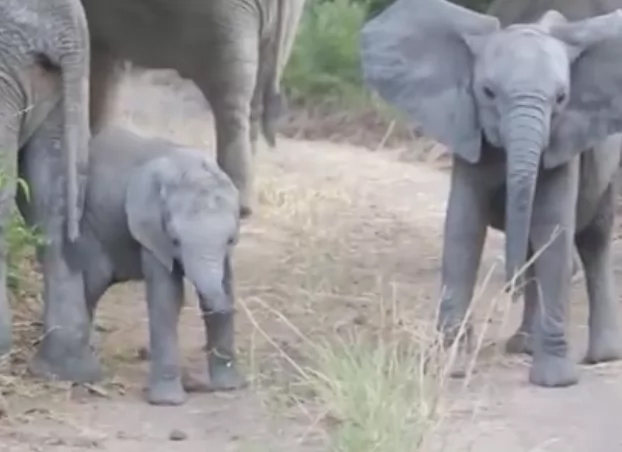 The smallest of them seems to get the most attention from passersby. It started to shake its head back and forth before turning to face them. That’s when the calf tried to charge the car. 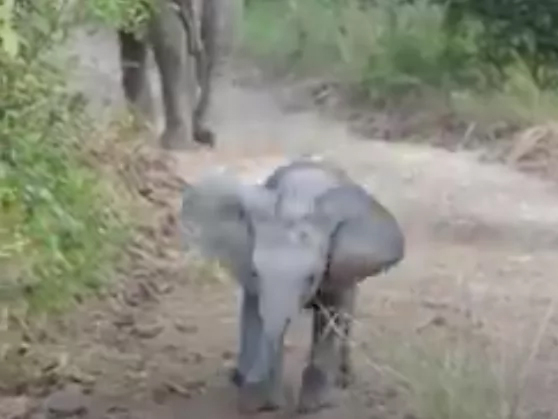 Sprinting as fast as its little legs would take it, the calf lunged towards the car, but it wasn’t scary. You can hear the people filming the video laughing happily at what the calf is doing. 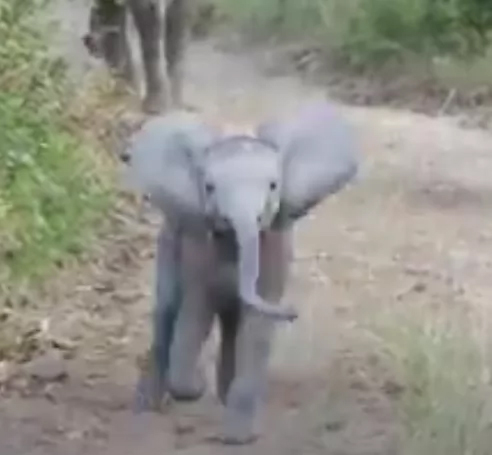 Just when they thought it couldn’t get any better, the elephant did something you rarely see mammals do.

After the calf realizes that its charging doesn’t scare anyone, it stops and jumps for a bit before recharging.
Visitors laughing as the baby elephant leaped through the air, only able to lift its hind legs about an inch off the ground.

However, you have to note it, for an elephant to jump quite impressive given all the weight they carry! 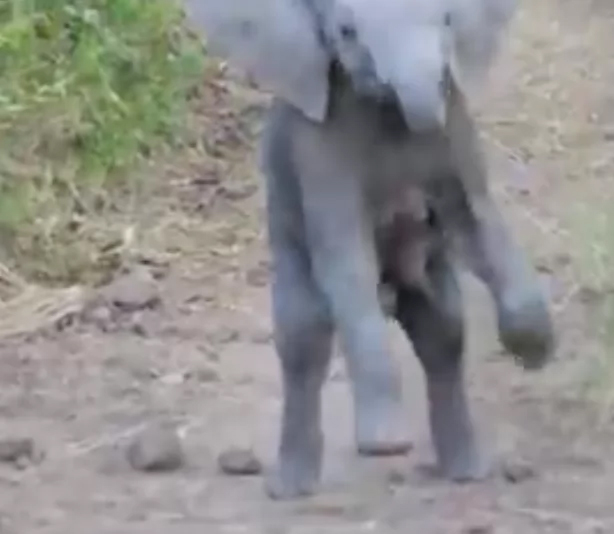 Their laughs seemed to enrage the calf, which charged at them one last time before shaking its big ears and running to catch up with its herd. If they met that baby as an adult, I didn’t expect there would be any laughing involved. 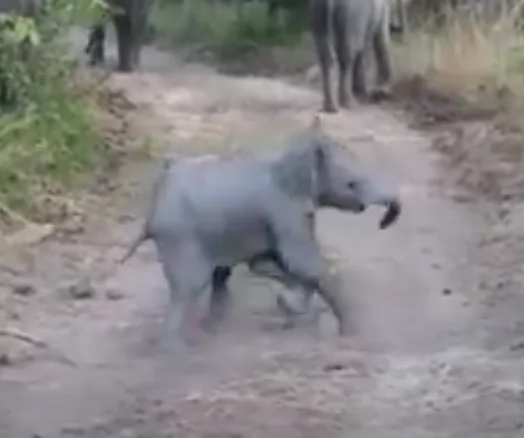 We’re not surprised that the baby elephant’s charging video has been viewed more than 3 million times!

This is not the only time a baby elephant has become famous for charging.

In another video, a calf charges Safari Streamer Tim Silva, this time all the way to a car.
The curious boy rushed to Silva’s car before stopping to see what the human was doing in his neck of woods. This calf also went viral, reaching over 1 million views on YouTube. 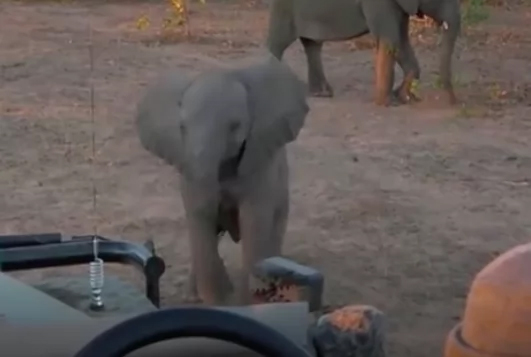 There’s nothing cuter than baby elephants, especially when they’re all riled and ready to charge. Just don’t meet those calves when they’re older. With their incredible memories, they might remember you laughing at them. 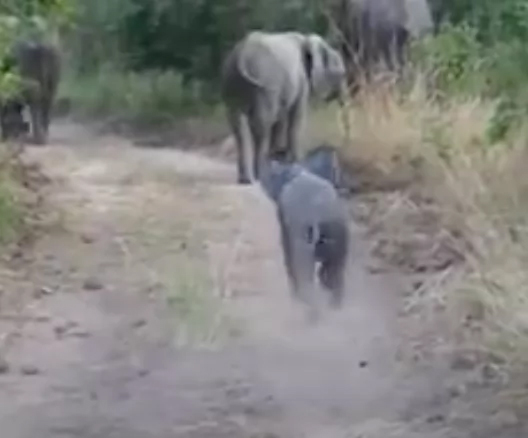 To see this cute little calf trying to show humans who’s boss, be sure to watch the video below: