A wild elephant was caught on camera breaking into a five-star hotel and overturning furniture with his trunk.

Natta Kota, a Sri Lankan elephant, has become a familiar visitor to Jetwing Yala Hotel and stays on the premises.

Twitter user Upili, who shared the clip, wrote on Twitter: ‘Woke up to a text from my mom about how a wild elephant went into a Sri Lankan hotel and gently wandered around while poking stuff with his trunk.’ 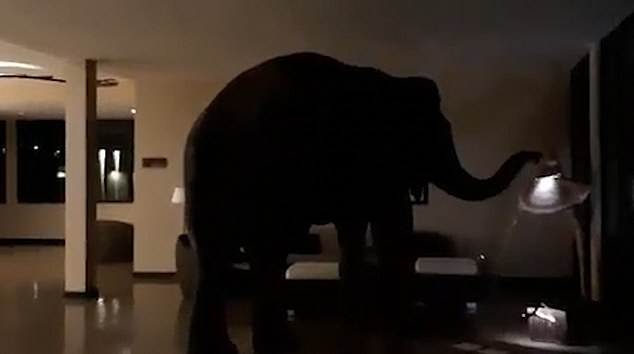 The elephant is seen standing at the foot of the stairs before walking through a living room.

The wild animal, with its head barely brushing the ceiling, approaches a row of lobby chairs.

Natta then strolls across to another part of the five-star hotel. He waves his trunk in the air and uses it to move a light, which he then forces to smash on the floor. 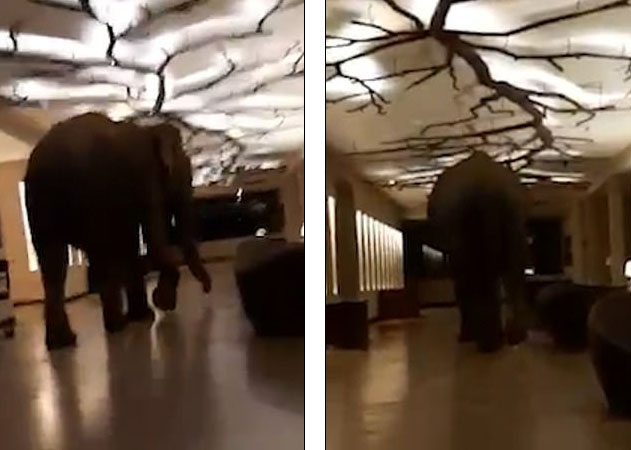 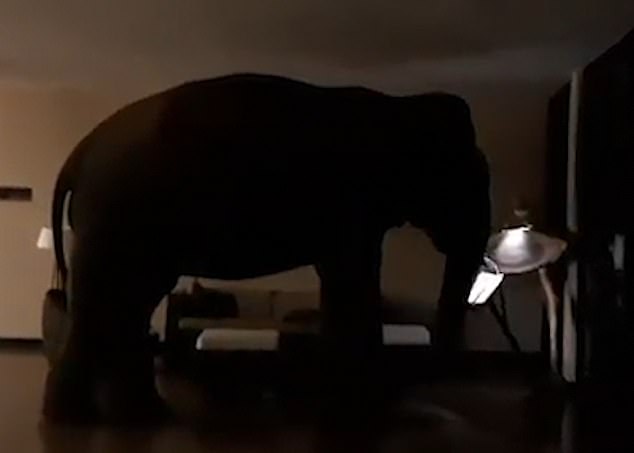 He considers doing the same thing for another lamp before deciding against it and departing. It’s unclear when the video was shot. The clip has 2.5 million views and 153 likes. 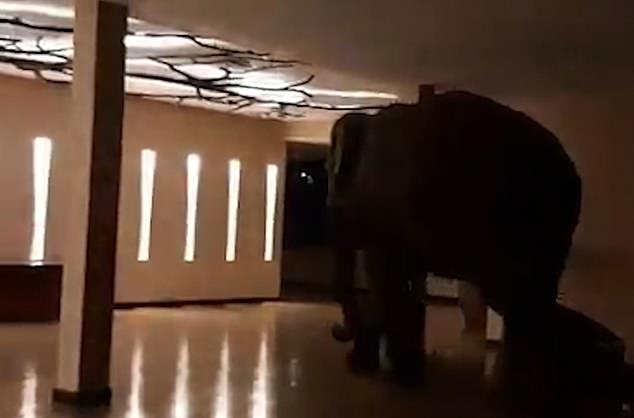 Silveira wrote: ‘Now let’s talk about the elephant in the room.’

Meanwhile, Christina Murphy was quick to defend the wild animal for knocking over the light.

She said: ‘Aw you know he felt bad about knocking that lamp over. It’s ok Mr. Elephant, we know you didn’t mean to.’

The elephant was seen in the video, which the hotel published online in 2017.

According to the hotel, Natta was most likely roaming around on the premises. However, this was the first time it had entered the hotel.

They warned: ‘Please note that though he is a regular visitor to our hotels, Natta Kota is still very much a wild elephant and we at Jetwing would have him remain as such.

His ‘calm demeanour has made him a delight to guests’, a Jetwing spokesperson said.