We’ve heard a lot about elephants – that they’re gentle giants, they can be human’s best friend, and they’re great listeners. When it comes to listening, it’s not their giant ears that help much but their feet that can pick up sounds and vibrations from above and sometimes even under the ground.

On a bright sunny day, the food lay on the ground and one of the three elephants was eating it. However, Chana, an elephant appears, unwilling to leave Ploy Thong, her nanny, behind.

Ploy Thong was “blind in both eyes”, the video described. In the video, Chana is seen helping Thong find food on the ground by walking backward, facing her friend. Perhaps Thong had followed Chana’s footsteps to sense where the food was. 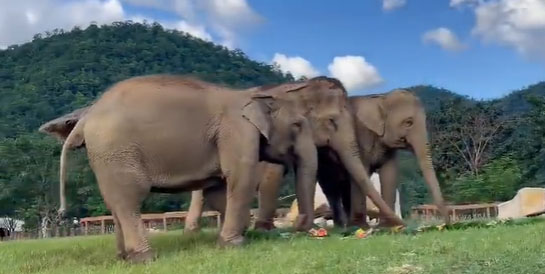 In her post, Lek, who is also the founder of Elephant Nature Park, drew attention to Chana’s kind gesture as she took the nanny out to eat.

“Look how Chana leads Ploy Thong, her nanny, who is blind in both eyes, towards food,” she wrote, adding that when she saw them take care of each other daily, she discovered the beautiful side of the elephant. “A lesson for all of us,” she concluded.

And the beautiful video has overwhelmed many people, some of whom have commented to know a little more about them. For instance, one Instagram user @smitten_kitten1 wondered how long did it take for other elephants to find out that Ploy Thong is blind? “Why is she blind?” 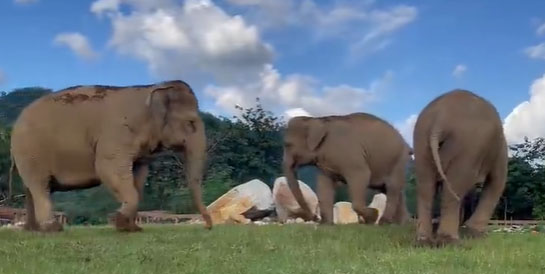 Ms. Chailert replied that Thong worked at an elephant riding camp and that she had a visual challenge at the time of the rescue. The Thais actor added that the elephant continued to function despite the visual challenge.

Ms. Chailert said: ‘The story behind being blind in both eyes is not clear as to what people might say, but only Ploy Thong knows the truth who/what made her blind. 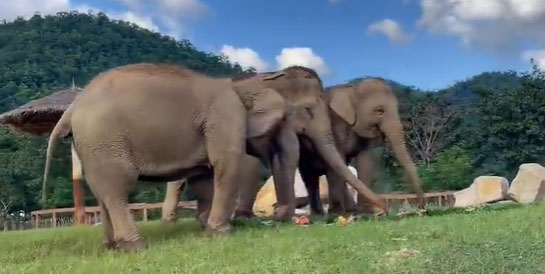 Another user, Lori Sager, said that the sight of the elephants helping each other was amazing, and “every day, I am more and more amazed at their intelligence and kindness/care for each other. ”

Check out the heartwarming video below!