The trust between an elephant and his keeper was caught on camera after the gentle giant was left unfazed by invasive medical treatment.

The incredible video was taken at the Elephant Rescue Center in Botswana. Jabu lies down on command before allowing the conservation worker to walk directly toward him and put antibiotic drops in his eye.

In the footage, Jabu can be seen walking across the sandy dunes towards the male keeper. He raises his hand and places it on the animal’s thigh before saying in a calm voice, “Jabu, lie down.”

The elephant takes a step back and then bends his back legs to collapse himself to the ground.

He lays down on his side with his front legs stretched out in front of him. 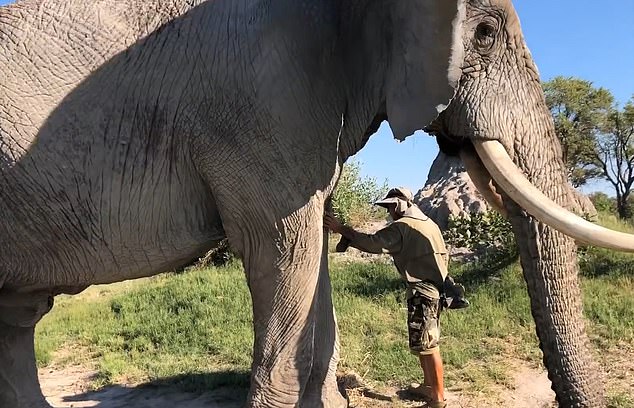 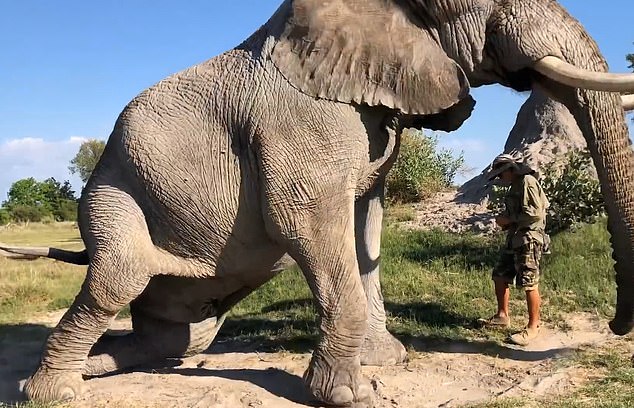 The conservation worker says ‘good boy’ and throws Jabu a handful of food as a reward.

He then walks up to the elephant to check his eye and says: ‘I think that’s starting to look a little bit better.’

The worker pulls out a small white bottle of antibiotic drops and leans closer.

The flies continue to buzz around his head, causing Jabu to groan and blink.

The keeper says, ‘Jabu, stay,'” and grasping the elephant’s eyelashes with his left hand; he pulls its eye open. 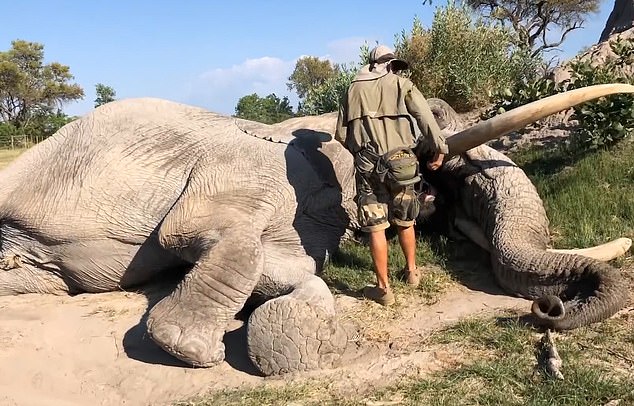 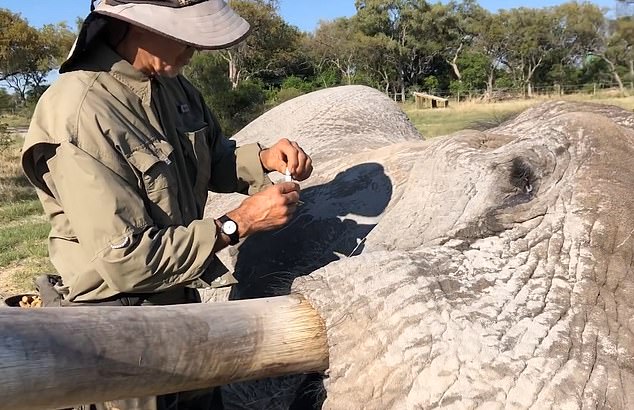 As the keeper squeezes the liquid beneath the elephant’s eyelids, it becomes apparent that Jabu’s eye is red and irritated.

After the operation, both the keeper and the woman filming offer encouragement to the patient.

The gentle giant then cheekily opens his mouth with a grin on his face, waiting for an extra treat, and the keeper concurs by providing several more handfuls of nuts.

He pats Jabu’s trunk before walking away, informing him that he can now get up.

The elephant stands up, and the video ends shortly after that. The video was originally recorded in December, but it has recently resurfaced online. 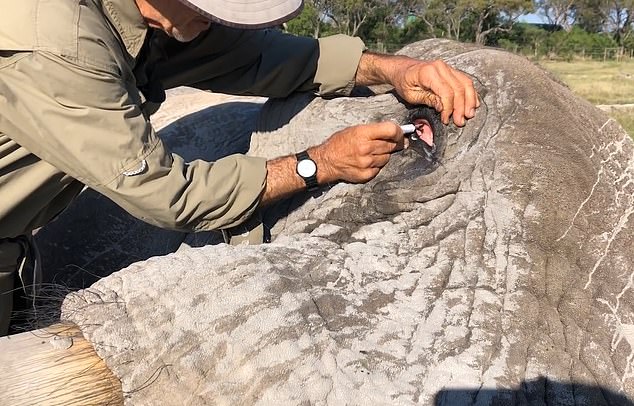 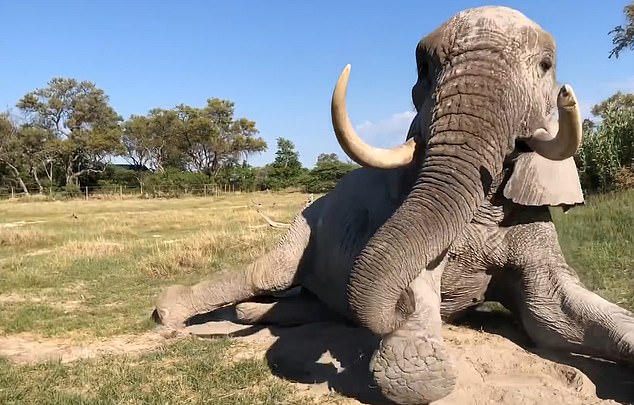 Workers at the Living with Elephants Foundation’s rescue center noticed that Jabu had a watery eye and treated it by giving him three doses of antibiotics each day.

Jabu, the bull of the herd, was orphaned in Kruger National Park, South Africa, during a culling operation at the age of 31. He stands over 11 feet tall (3.5 meters) and weighs 5.5 tons now.

He also has an eye ailment and suffers from a wrist problem and osteoarthritis as a result of his 2016 fight for status with a wild bull.