A strong bond between a human and an animal is always a truly wonderful thing to witness. In my humble opinion, seeing someone have a deep connection with their cat, dog, or bird feels like the purest thing in the whole world. And it’s even more fascinating to witness a human forming a bond with an animal that’s not considered to be your usual pet. For example, with a lion. Or a panther. Or… an elephant!

There’s an adorable video going around on YouTube capturing a woman having an unexplainably deep bond with the largest land animal in the world.

“While I was meeting with visitors, Faa Mai suddenly intruded on our talk with clear intent. She pushed me along out into the field, directing me somewhere and I wondered what it was that she really wanted,” reads the description of the video. “Finally, Faa Mai took me to see the little Thong Ae, whom she wants to adopt as her own. In the end, it seems as if Faa Mai wanted me to lullaby her little friend, as she is so fond when I sing a lullaby to her. It is so beautiful to see my little girl who has such a heart of care. I am so proud of this girl!”

In the beginning, you can see Faa Mai trying to gently push everyone away. 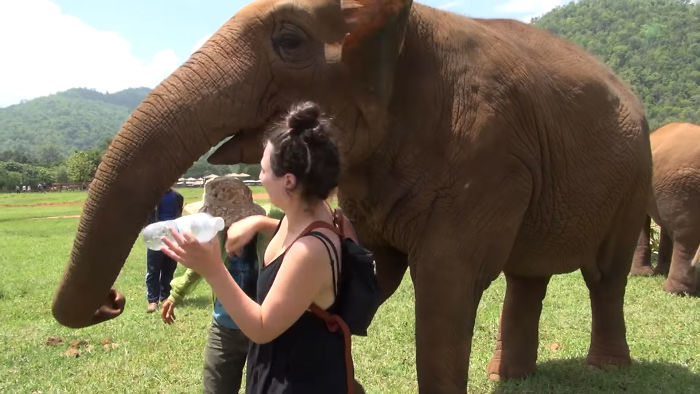 This whole thing took place at Elephant Nature Park, which is located in Chiang Mai province, Northern Thailand. Elephant Nature Park is an elephant rescue and rehabilitation center whose main goal is to rescue distressed elephants and provide a sanctuary to them.

At first, the caretaker Lek Chailert seems quite confused as to why the elephant is behaving like that. 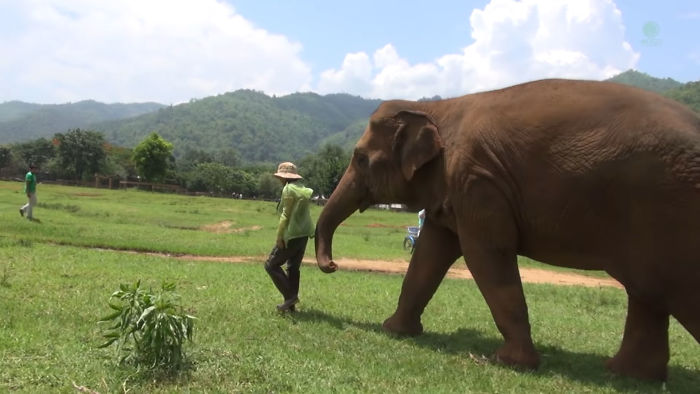 Turns out, Lek Chailert has been taking care of Faa Mai ever since she was born and that’s the reason why they’ve managed to form such a strong bond.

You can see Faa Mai pulling her caretaker towards the baby elephant with her trunk wrapped around her waist. 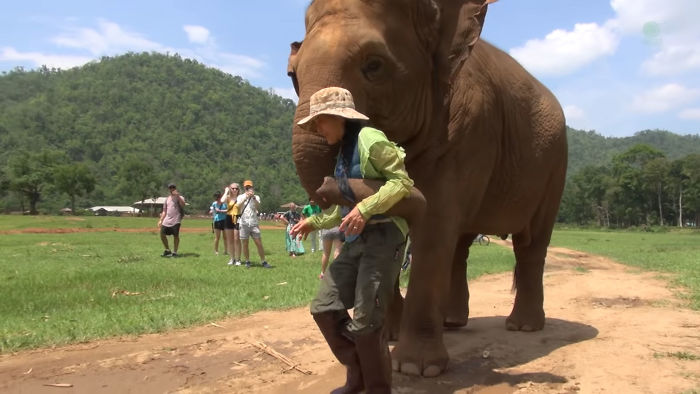 And then, she finally takes the caretaker to see her little friend. 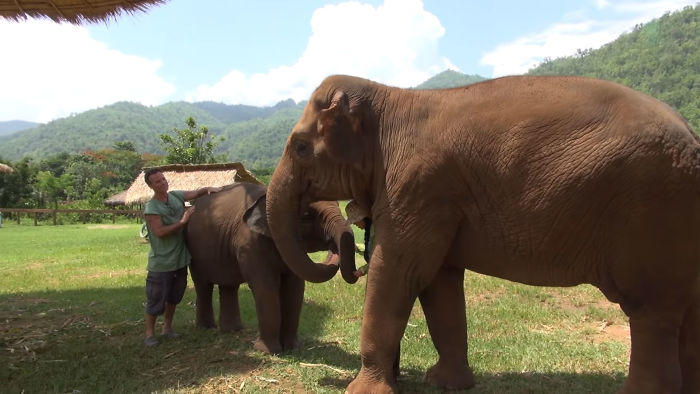 Apparently, when another young elephant was rescued by the nature park, Faa Mai decided to “adopt” the little cutie and give her the same amount of love that she received from her caretaker Lek Chailert.

After that, she asks for a comforting lullaby. 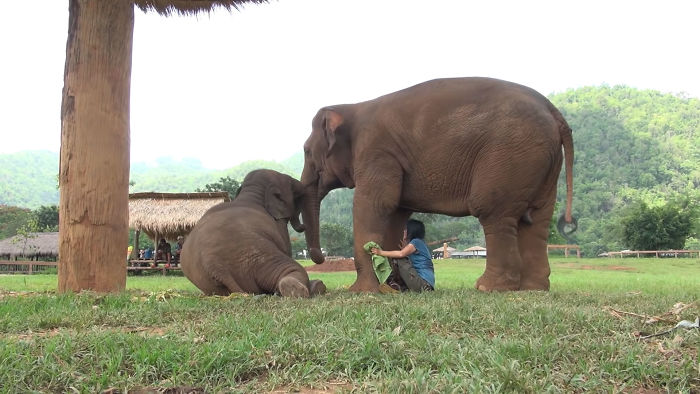 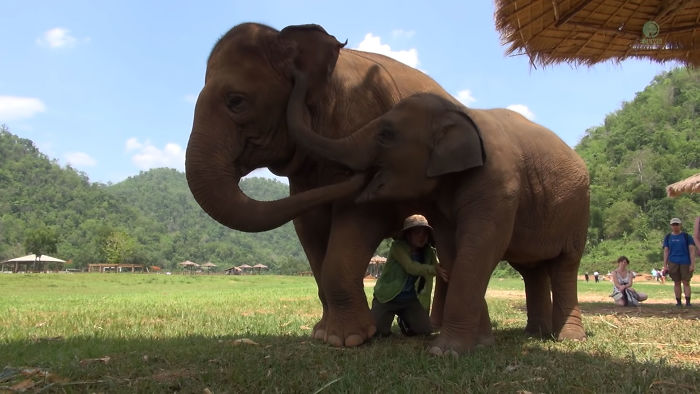 The video captures a persistent elephant trying to get her caretaker to sing a lullaby to her small friend:

Here’s another video capturing the beautiful friendship between Faa Mai and her caretaker Lek:

Truly a sight to see. 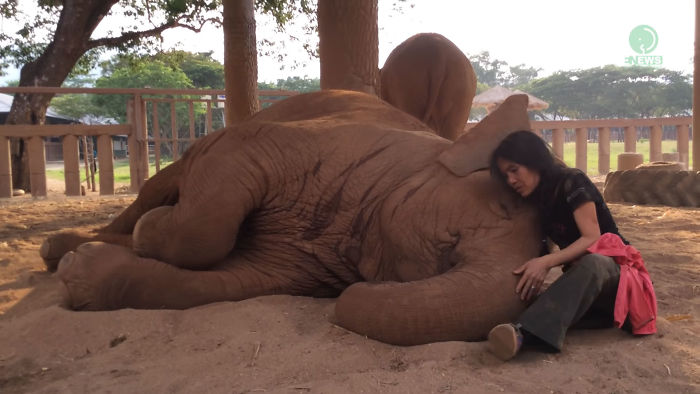