A wild elephant had brought traffic to a complete standstill in eastern Thailand when he appeared to be teaching his son how to steal food from passing motorists.

Drivers stopped in their tracks as the jumbos stomped onto a road in Chachoengsao and began to collect food from a vehicle.

Footage showed an elephant snatching salt bags from a silver Toyota Hilux pickup truck before hurling them across the street.

Previously they had looted sugarcane, which they then proceeded to munch on. 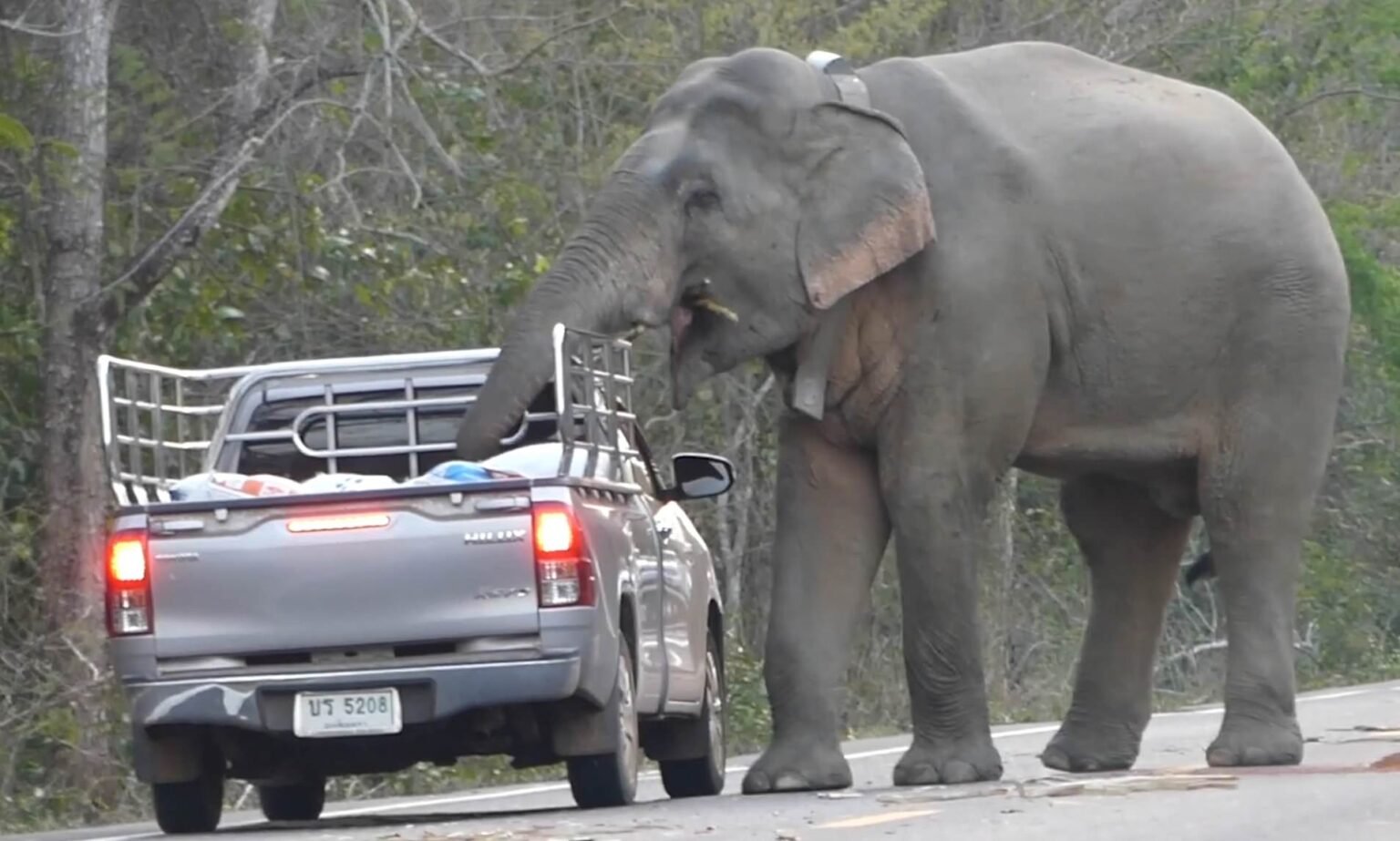 Ms Artchula said the older male elephant was teaching, the younger how to get food from passing vehicles.

She added: ‘The elephants know very well how to stop passing cars for food, even if they don’t have the permission of their drivers.

‘In this case, the older elephant showed, the smaller one, how to get food from the cars. It could be his son or another young in the herd. ”

Herds of wild elephants roam the nearby forests and occasionally stumble across the road when looking for food.

Ms Artchula said: ‘Animals are nice to people if people treat them well. That’s why we ask all drivers not to harm any wildlife. We should live together peacefully. ‘

Wild elephants brought traffic to a complete standstill in Chachoengsao, eastern Thailand, as terrified motorists stopped while jumbos raided the backs of their cars for food. 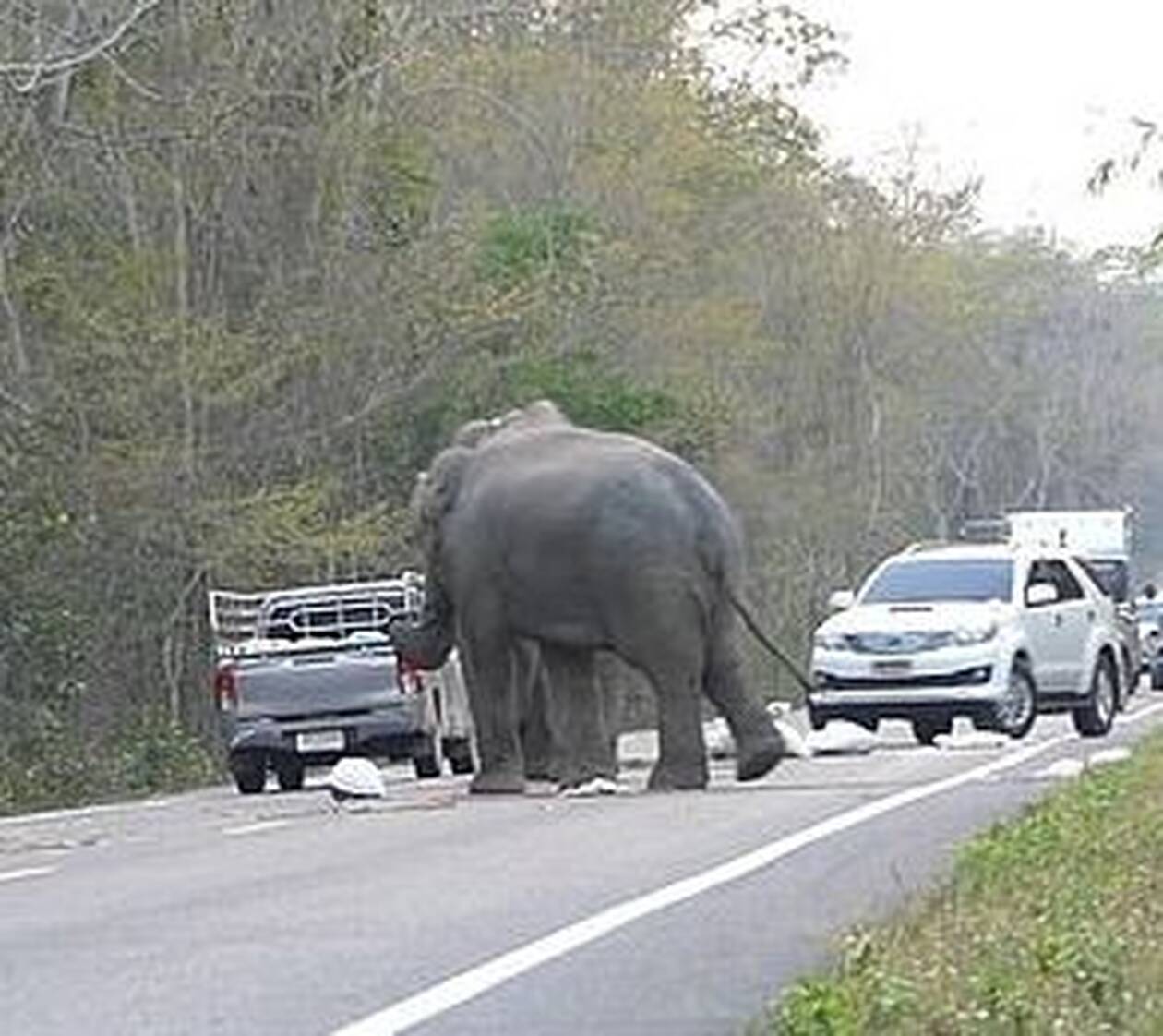 Wildlife ranger Amnouy Artchula said the older male elephant is teaching his young how to forage for food from passing vehicles.

Thailand has between 3,000 and 4,000 elephants. About half live in the wild in national parks, like animals seen in the video, while others have been domesticated.

Wild elephants are threatened by human activity, prompting the Thai Government to establish a Wildlife Sanctuary in 1977.

According to the National Parks Department of Thailand, the number of elephants of Khao Ang Rue Nai in 2008 was only 219.

However, each year about 20 elephants are born in the region.