A dramatic rescue was captured on camera when wildlife officials swooped in after an elephant fell upside down in a pit in eastern India.
In West Bengal, a large animal fell flat on its back in a ditch and was unable to get up on its own.

Fortunately, locals and animal control officials were on hand to assist the struggling elephant back on its feet. 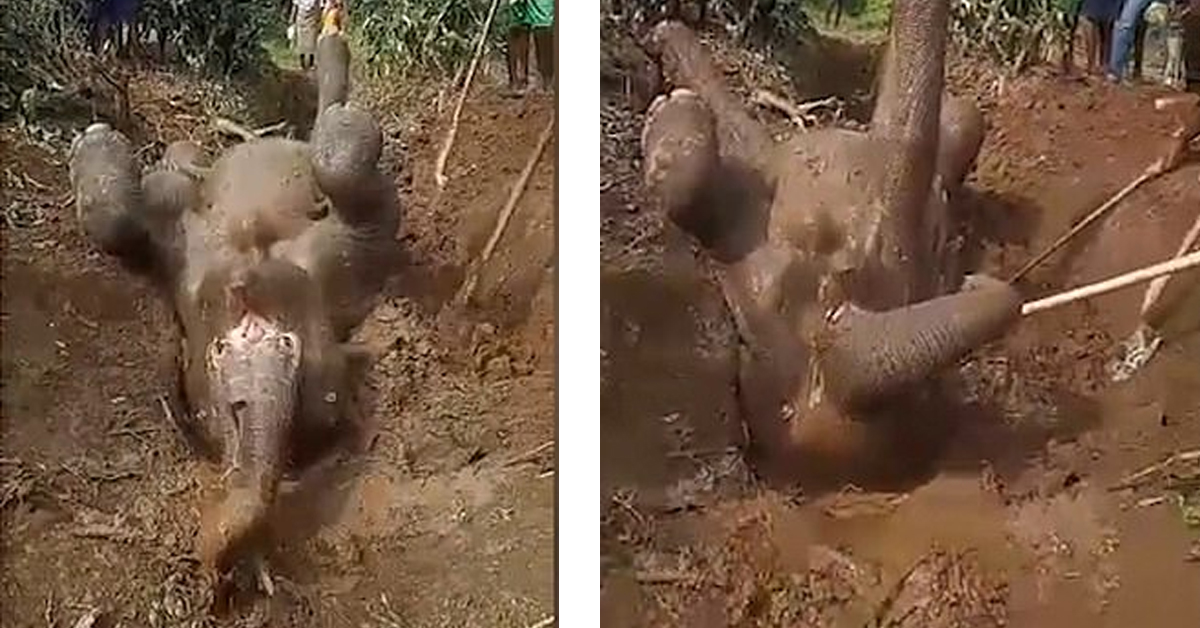 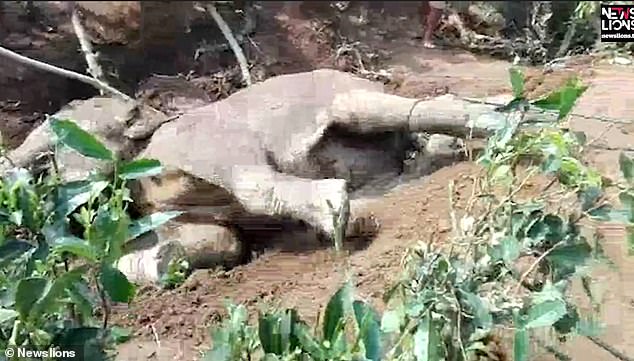 The distressed jumbo is seen laying flat on its back with its legs in the air and waving its tusk in an agitated manner.

Fortunately, passers-by witnessed the animal’s struggle and rushed to its aid.

The team secured the animal and pushed it into a position where it could stand up from the ground with rope and branches.

After being moved onto its side, the elephant was able to stand up once more as the spectators cheered.

Footage shows the elephant as it returns to the jungle, appearing unin.jur.ed.