There is no doubt that elephants are beautiful and intelligent animals. They have been shown to mo.urn a deceased companion, care for orphaned calves, and have deep friendships.

At David Sheldrick Elephant Orphanage, one of the top elephant sanctuaries on the planet, more evidence of their loving and sympathetic nature was displayed after an elephant refused to leave the side of its friend after a poi.soned arrow sh.ot her.

Maikreti, the injured elephant, was initially taken to an orphanage in 2010 when she was found alone in the Kenyan wilderness. After a few years of nurturing and rehabilitating, the sanctuary has successfully released it back into the wild to live a natural life.

However, when an arrow sh.ot her in July of this year, her first instinct was to rush back home to the orphanage. When the veterinarians started treating her, it became clear that not only Maikreti remembered how to return to a safe space, but the other elephants also remembered her. 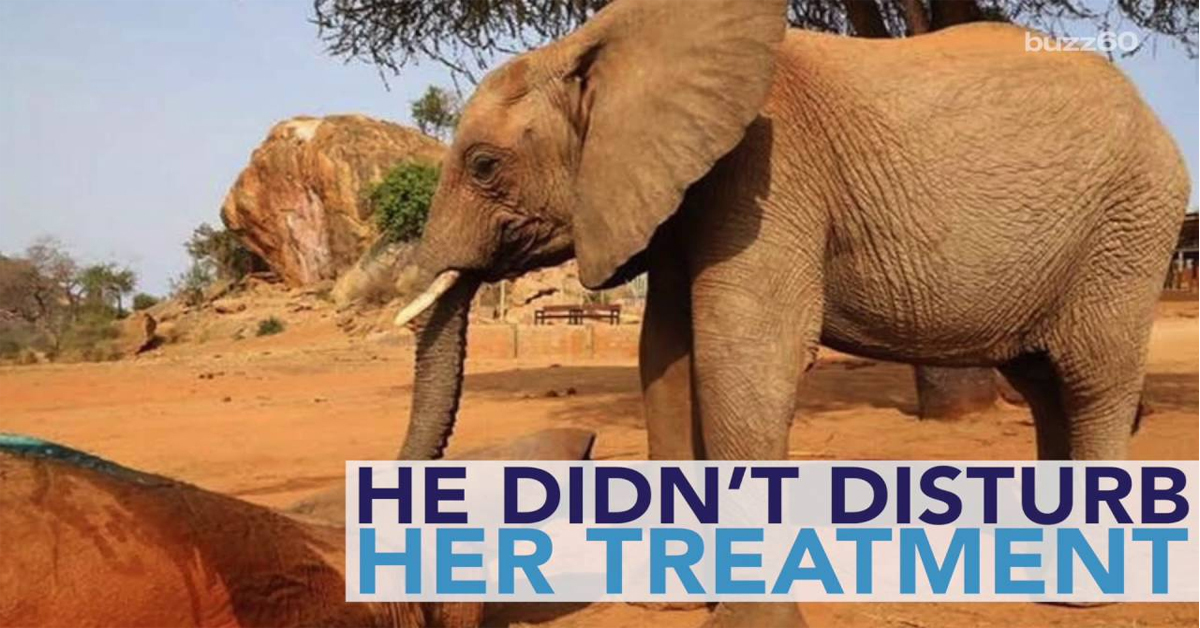 The arrow lodged in her body was not life-threatening, but other elephants and human friends all gathered around her during the treatment.

In particular, one elephant showed special concern for his friend. A young male named Kibo refused to leave her side during treatment. He remained standing in the street while treatment was carried out, just hovering over the shoulders of caregivers.

As they finished their work, Kibo created a moment that will live long in the hearts and memories of employees at David Sheldrick when he held Maikreti’s trunk as she lay unconscious. When she didn’t wake up, he started nu.dging her to try to wake her up.

After the anesthetic wore off, Maikreti was finally able to stand up. She is currently making a full recovery and will stay at the orphanage until her injuries are completely healed.