An ostrich appears to have been adopted by a family of elephants – and now they’re even walking the same way.

The unique friendship between an ostrich and a herd of elephants was recorded in the Indalu Game Reserve, Mossel Bay, South Africa.

Growing up alongside elephants, a nine-year-old ostrich named Fransina was caught on camera walking slowly with her new family and even appeared to be moving her neck like a trunk.

Gerhard Van Rooyen, the reserve’s owner, said Fransina joined the herd in 2014 after initially latching to a herd of sheep. 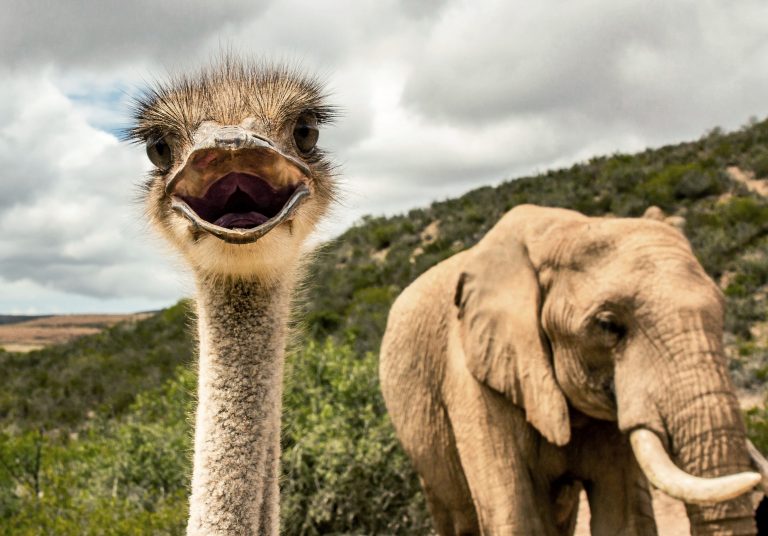 “We originally bought Fransina with a male to take care of the sheep,” he said.

“The male had been dead for about 5 years, so we sold all the sheep and let Fransina walk around the reserve. 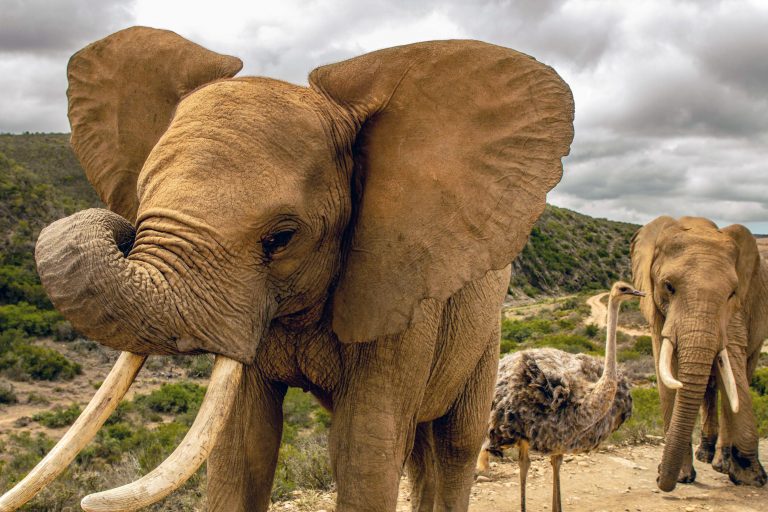 “Francsina only roamed freely for a short time before she decided to build her relationship with the gentle giants carefully.

“Visitors are so impressed with finding an ostrich walking with the elephants that they often take some pictures with her while they’re there. 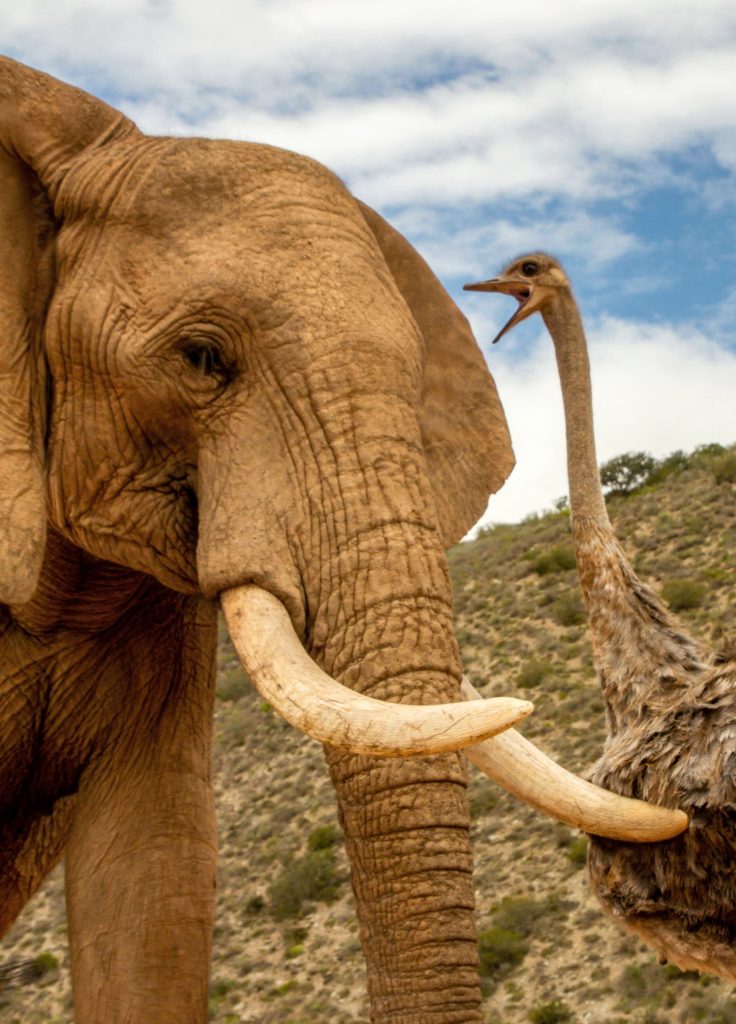 “Some visitors even come to the sanctuary not only to meet the elephants but also to ask friendly Fransina.”

Ostriches are known to be sociable and often come in pairs or even herds around four or five.

But Franscina had a close friendship with the elephants, seen as an unbreakable family bond.

Indalu Game Reserve prides itself on educating its guests using guided, informative walks with elephants, but even in these times, Fransina is determined she won’t be left out.

Lined up with the rest of the parade, Fransina can often be spotted weaving among the herd, slowing her pace to match their long strides and making sure to stay behind her leader.

Fransina even kept her head low as she walked – carefully following her companions and eating with them.

Guests are invited to feed the elephants from ‘buckets of healthy snacks’ containing various fruits – and Fransina has even been caught taking part in the act. 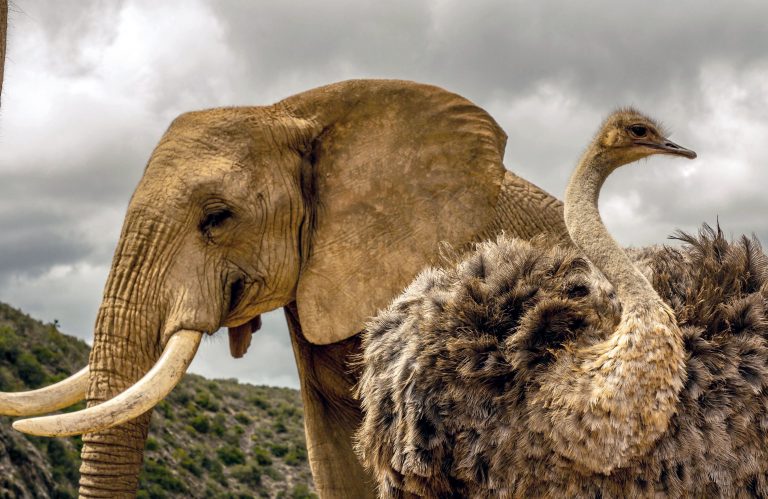 “She likes to settle down onto her haunches as soon as I approach her, ready to receive some cuddles.

“Her favorite activity is definitely going to elephant sessions, which is one of the most popular Indalu activities for those who visit the sanctuary.”