This is a hilarious sequence in which an inquisitive elephant discovers a hidden camera planted along its route and proceeds to look closer.

Frank De Beer, a wildlife photographer, concealed a GoPro in the bushes of the Olifants West Nature Reserve in South Africa to capture elephants.

The video camera captures the herd trekking through the park before one of them detects the concealed camera with its trunk and lifts it to its mouth. 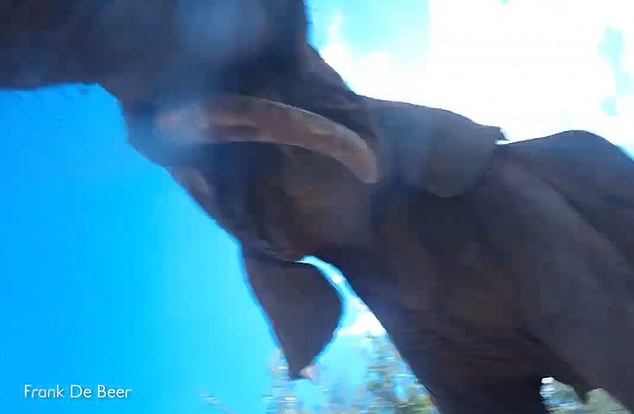 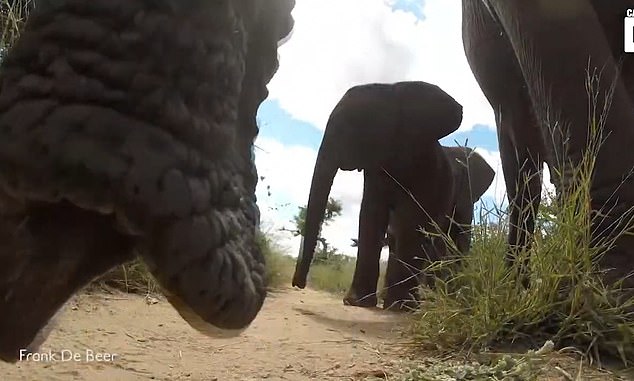 It then moves the camera around and captures various perspectives, including a close-up of its mouth, before tossing it to the ground.

The curious creature was the last elephant in a queue to inspect the GoPro, which had just been dropped.

One had been curious enough to sniff the camera, but it went on its way.

“I’m really pleased with what I was able to capture,” said Mr. De Beer, who works as a Simbavati Safari guide.

‘I was happy with the outcome, especially when the elephant decided to check out the GoPro,’ he added.

It’s quite exciting because you never know what you’ll capture.

They can be extremely inquisitive because they all have different personalities, some of which are more curious than others. 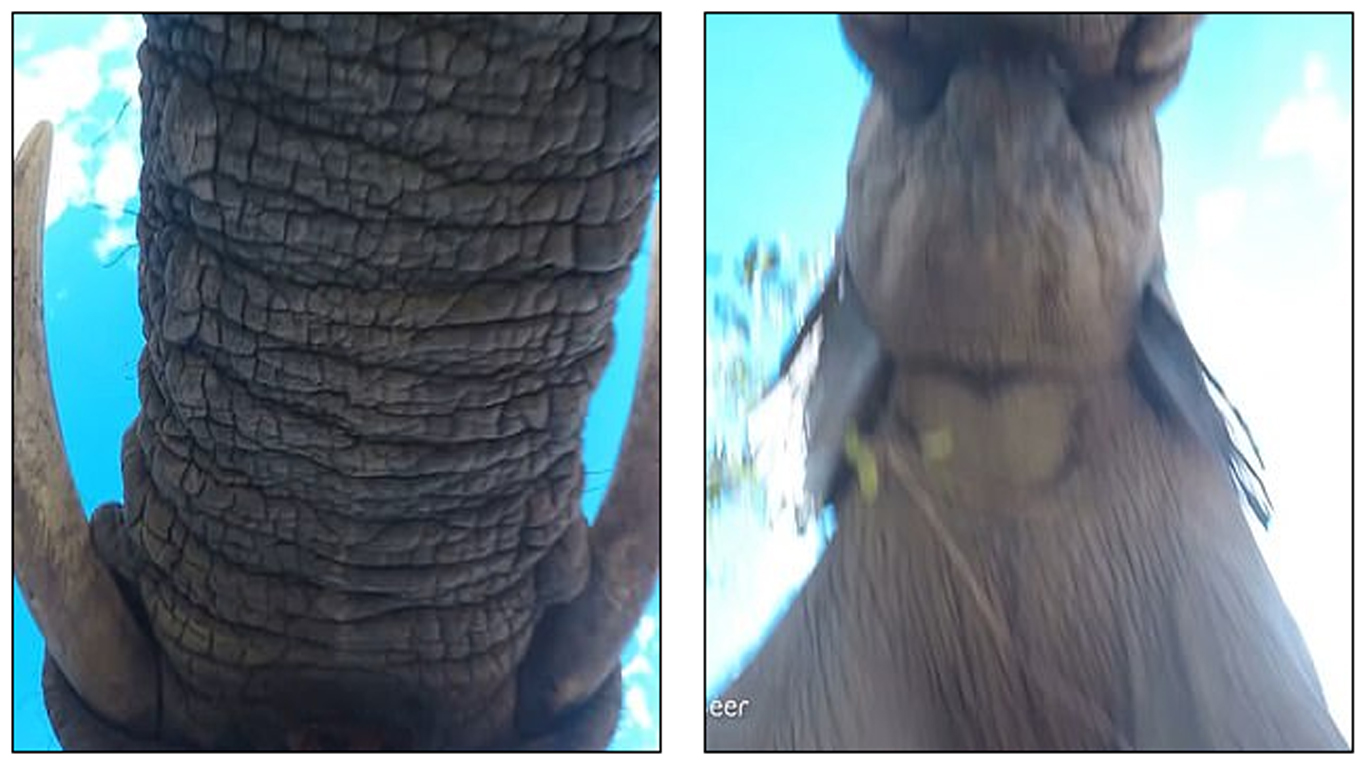 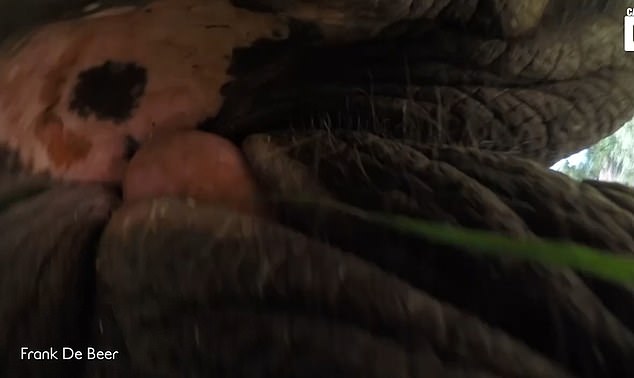 Elephants can usually tell if something isn’t from their natural habitat. The elephant kicked the GoPro before inspecting it.

‘He was trying to figure out what the foreign object was by touching and tasting it; after a few minutes, he recognized that it wasn’t food or dangerous, so he lost interest.’

Mr. De Beer has taken numerous photographs of wild animals in South Africa over the years.

In 2020, Mr. De Beer had been walking in the Greater Kruger National Park, one of Africa’s biggest game reserves, in Limpopo, South Africa, when he spotted a black rhino charging towards him.

Fortunately, the charge was more of a deterrent, and the rhino ran away in another direction, leaving Mr. De Beer unharmed.

In 2017, a wildlife photographer managed to hide a GoPro near an elephant as it grazed along a dry river bed in Hoedspruit Limpopo, South Africa.

The camera was able to film the elephant inspecting the strange gadget with its trunk before walking away.