A male dwarf elephant was rescued after falling into a muddy pit after heavy rain in Thailand.

A 38-year-old elephant named Kotee slipped into the mud in Surin province.

The dwarf elephant appeared weak and could not stand on its own as the area was wet and slippery after recent heavy rain. 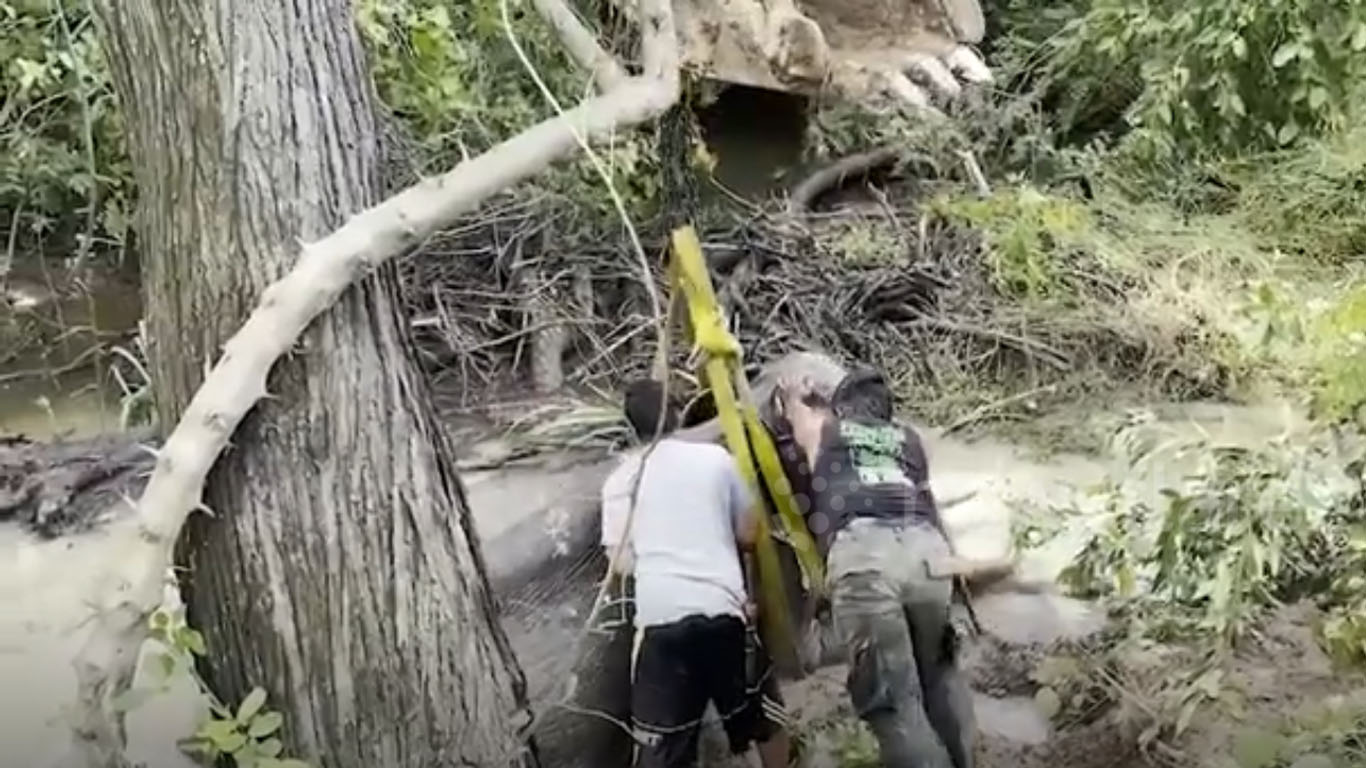 Locals noticed he was struggling and informed emergency services, who sent wildlife officers to save him.

Footage shows staff from the Suanpa Resort Elephant Camp and the National Institute of Elephant Health and Research using a crane to lift Kotee out of the quagmire and onto the dry ground – a three-hour operation before the elephant was brought out. 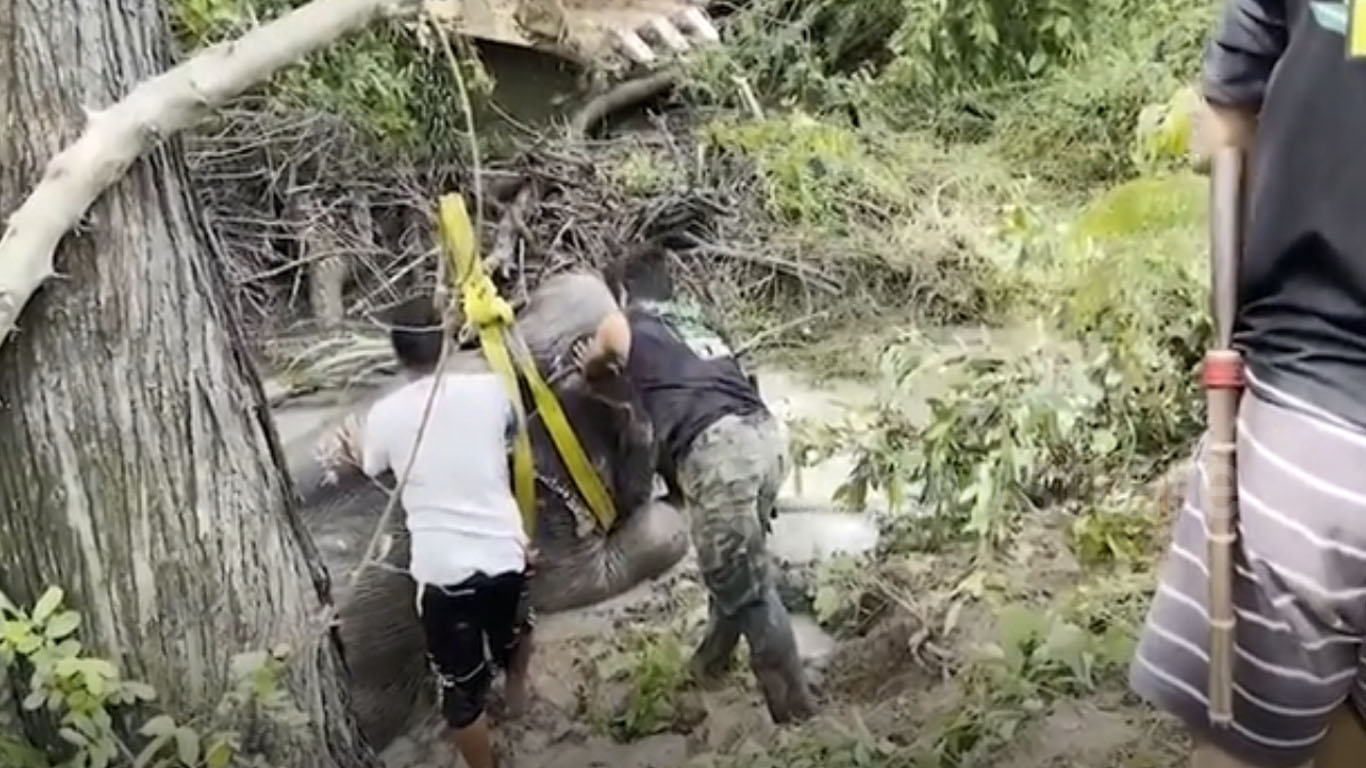 First aid shots and saline were given to Kotee to help him regain strength while being held upright with a harness. He was released the next day and veterinarians are now monitoring his condition as they track him in the woods.

Rescue worker Arnon Chaiya said: ‘The elephant was quite young and inexperienced. We think he was in the pit one night before he was found. He was too weak to get out on his own, so if he had stayed there any longer, he would have probably starved to d.eat.h. 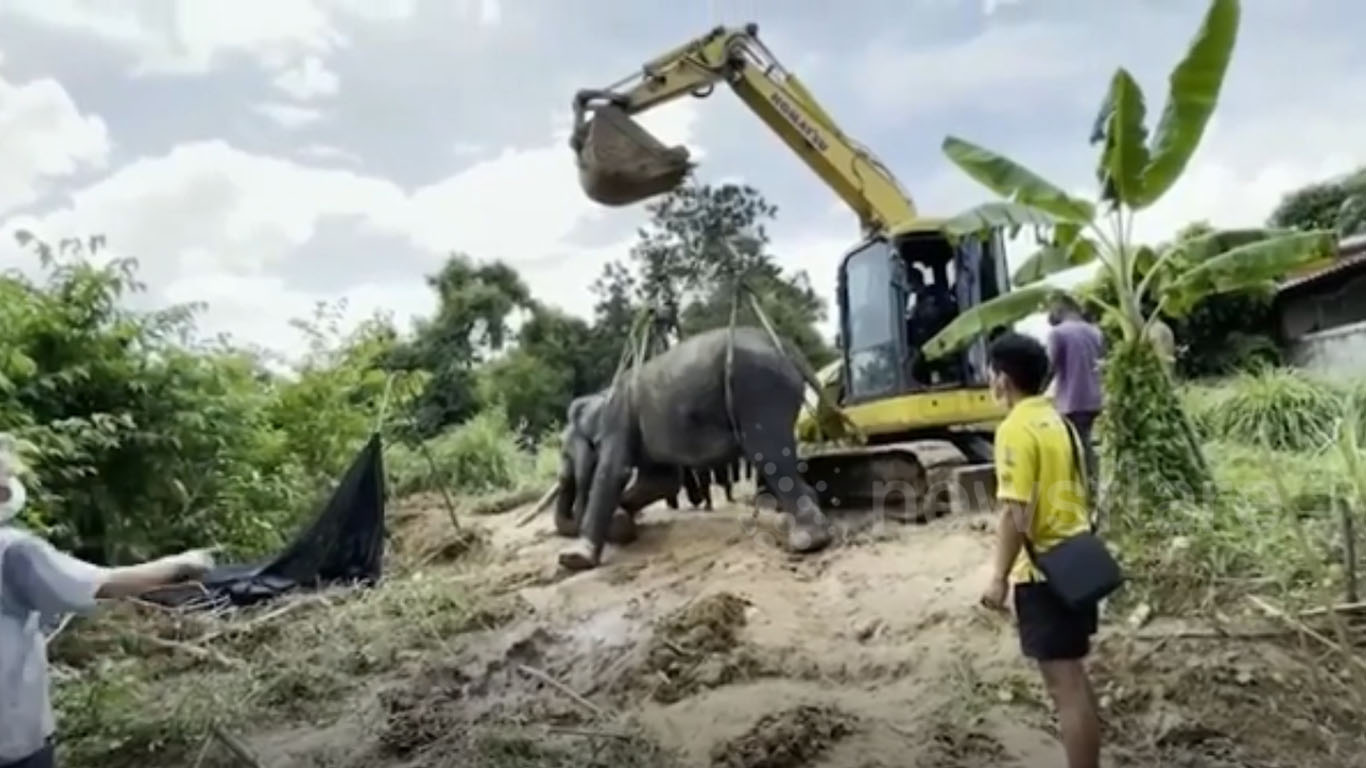 “We have been closely monitoring Kotee throughout the night, and he has now been released.”

Thailand has an estimated 2,000 Asian elephants living in the wild, but conflict often arises when they come into contact with people on the roads and in villages. A similar number of elephants are kept in captivity, where they work in zoos and are hired for religious festivals and weddings.