A safari park is celebrating the birth of the first baby elephant in its 41-year history.

The male African elephant, now a week old, weighed 221lb when he was born at West Midlands Safari Park at 5:30 pm last Monday.

His mom, Five gave birth to him after 22 months of pregnancy by artificial insemination from semen frozen and preserved in a French laboratory. 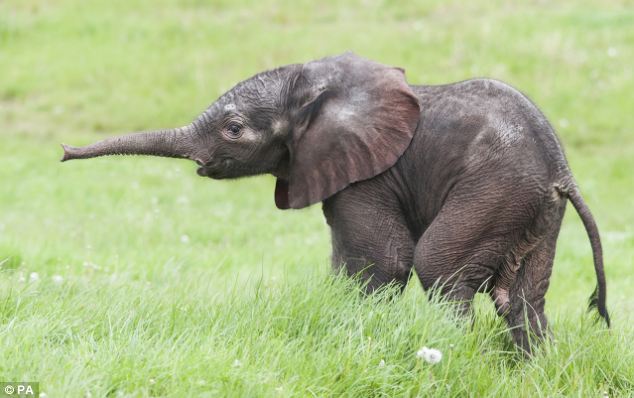 It was taken from an elephant in a reserve in South Africa.

The unnamed male calf is the second born in the world using this technique.

One female, born last year at the Vienna Zoo, was the first.

The technique was developed by a team from Berlin’s Leibniz Institute for Zoo and Wildlife Research, which has worked closely with West Midland Safari Park.

Andy Plumb, ahead elephant keeper, has cared for Five, since she arrived at West Midlands Safari Park in 1998.

He said: “This is really great news, the baby is absolutely perfect – just like his mother – and both are fine.

“She’s been healthy throughout her pregnancy, and in just the last few weeks before giving birth, she has seemed more ‘clingy’ than usual to the staff. The birth was an uncomplicated one, and Five clearly loved her newborn baby.” 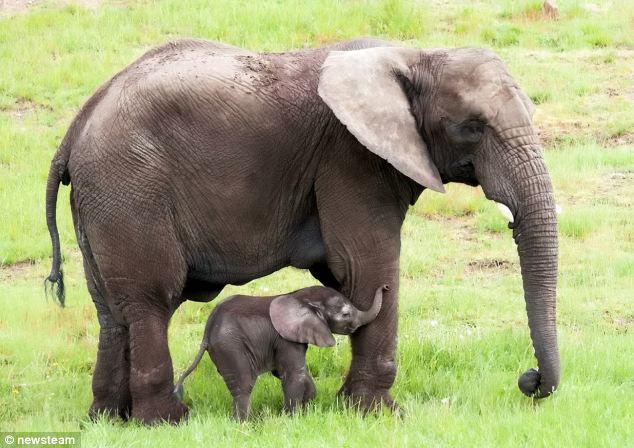 Pictured with his mother Five, who went through a 22-month pregnancy 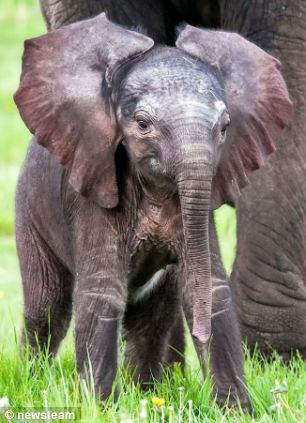 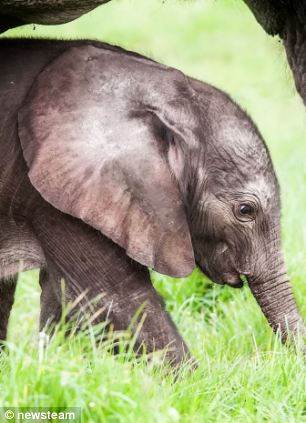 Mr Plumb added: “We are all absolutely on the moon that mother and baby are doing well.”

Five went to the West Midlands Safari Park when she was just six years old.

Left orphaned after her mother was shot, she was hand-reared in a private elephant orphanage near Pretoria, South Africa, before moving to a park in Bewdley, Worcestershire. 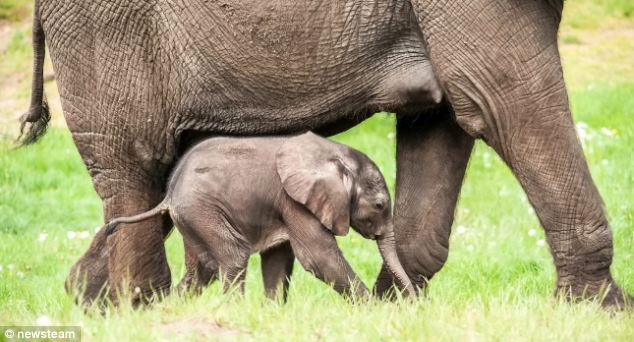 The calf, who is yet to be named, takes a stroll with his mother Five around the West Midland Safari Park 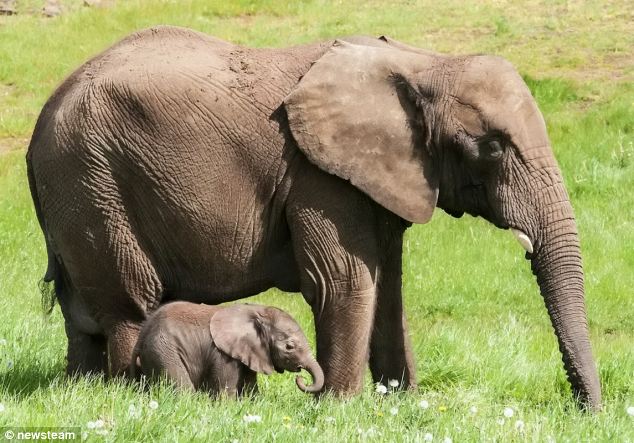