This heart-pounding footage shows a brave elephant walking along with a stump.

Filmed on June 27, the calf can be seen limping across the street with its herd following in its path. 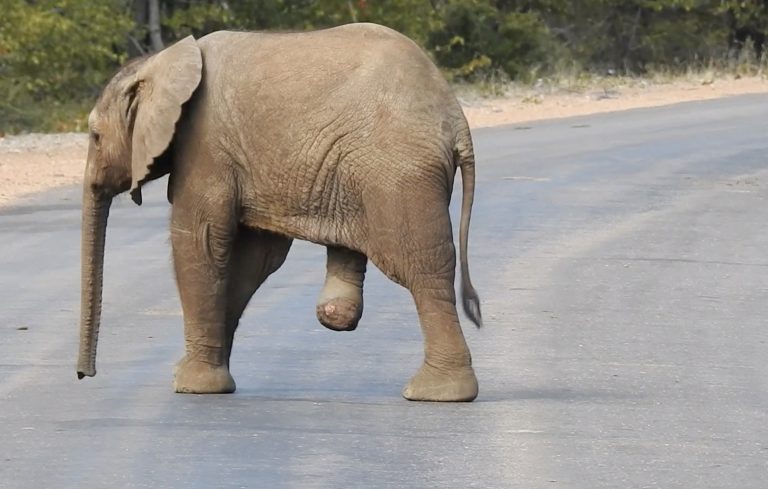 It is believed that the elephant was trapped, resulting in the loss of its right hindfoot.

Patrick said: “For us as a family, we have never witnessed such brutal and traumatic evidence of poachers in Kruger Park.

“The camps inside Kruger Park show photos display of animals snared but only when you witness them that the full impact hits you. 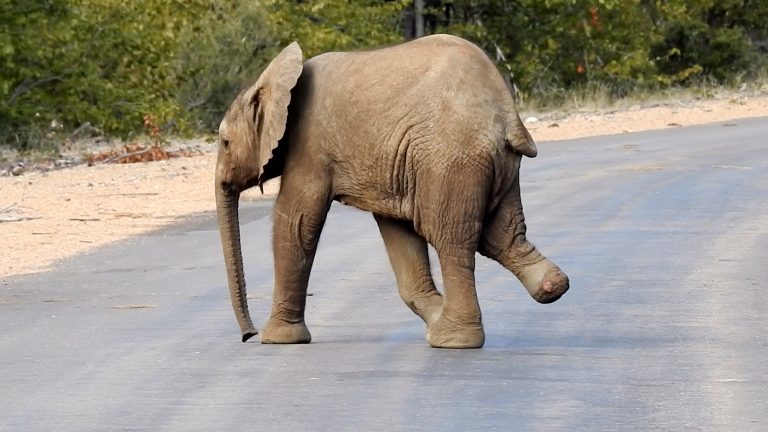 “The w.ou.nd appears to have completely healed, leading to the assumption that this little guy has lived with his amputated leg for several months.”