A heroic elephant chased an unlucky leopard as it stalking an impala dinner.

Judy Lehmberg was on a tour through Kruger National Park, South Africa, on June 7, when she spotted some antelope drinking at a watering hole.

Looking peaceful, the antelope didn’t know they were being watched by a hungry leopard lurking and ready to pounce on the grass behind them.

Concentrating on his dinner, the leopard wasn’t prepared for an angry elephant either, who blew his trunk twice before rushing in and chasing the big cat from its meal. 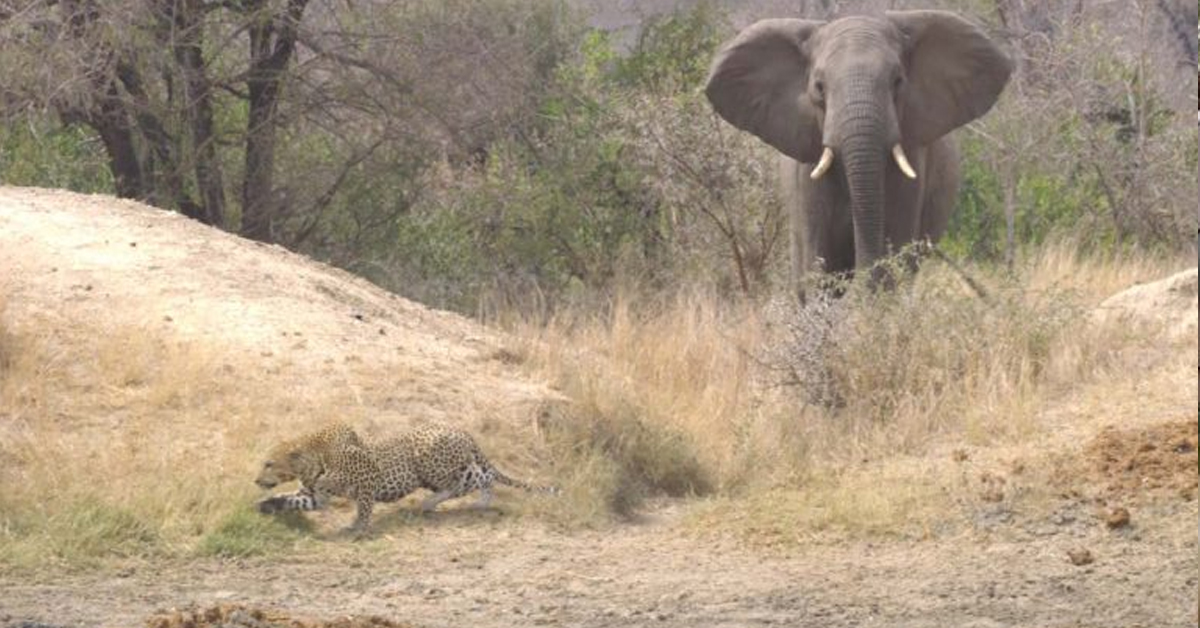 Judy said: ‘I really feel sorry for the leopard because it didn’t get to make a kill.

“But it made me laugh because as soon as I spotted the elephant, I knew what was going to happen.

“Elephants hate lions and leopards and will not tolerate their presence.

“At first, the leopard was too busy focusing on the impala, so it didn’t realize the elephant was there, but after doing that it was over.

“To me, the moral of this story is always to be prepared for whatever might happen, no matter how slim the chances seem, happen next.

“In Kruger, you can go from being depressed to ‘oh my, did you see that very quickly.”