A wild elephant approached a vehicle on safari and then began using it as a scratching post.

As the tourists on a safari in South Africa’s Greater Kruger National Park become silent, the elephant turns around gently.

She subsequently pushes her substantial behind against the car, much to the amusement of the giggling tourists.

The elephant scratches an itch as the group giggles softly, while game ranger Kavi advises them to avoid anger such a magnificent creature.

The elephant is now looking at the tourists and inspecting them from head to toe; she begins walking back towards the riverbed, where her entire herd is feeding.

‘I figured the elephant was going to depart because elephants do get close out of curiosity at times,’ Kavi explained. ‘I didn’t anticipate her to turn around and give her rump a nice scratching on the front bumper of the open game vehicle.’

‘I’ve seen them get close many times, but touching the vehicle is quite unusual,’ Kavi added. 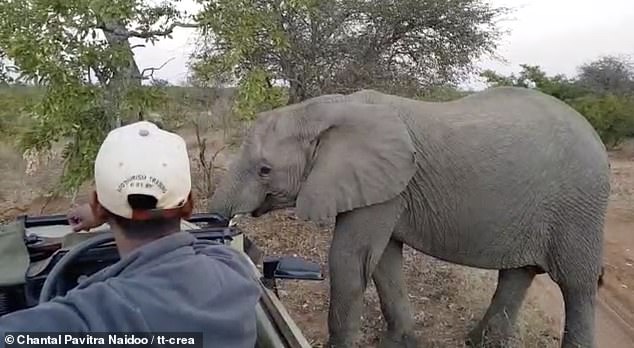 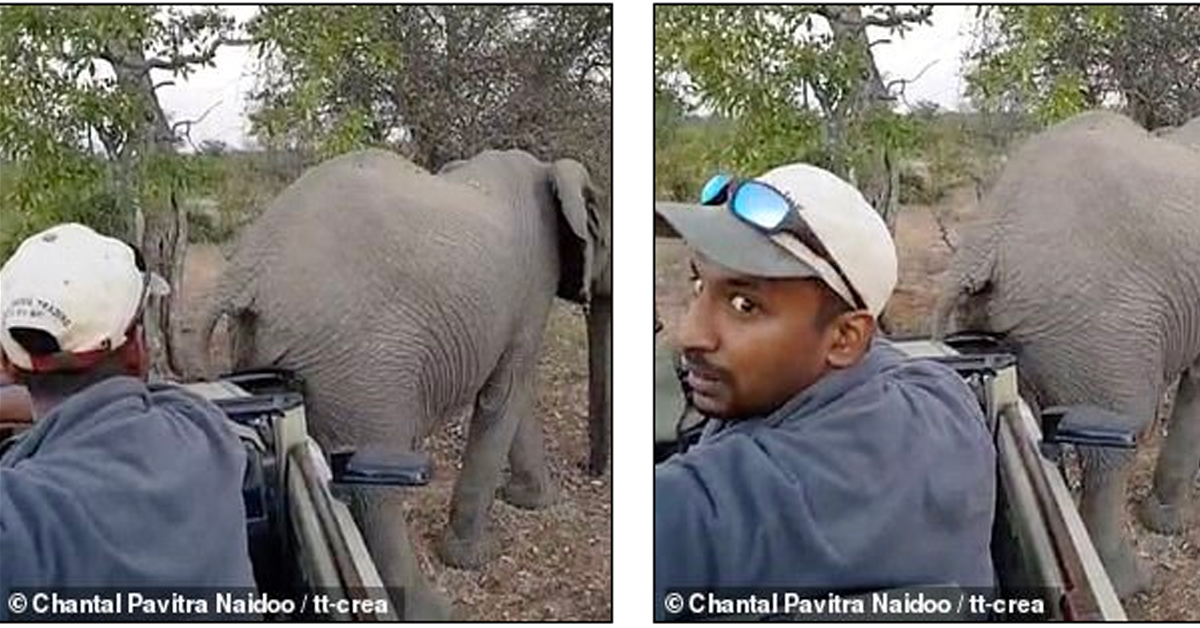 ‘”So, to witness one scratch its butt against the car was remarkable.’

“It was a late afternoon game drive, and we came upon this elephant breeding colony feeding along the riverbed. “They were pretty calm and allowed us to get pretty close to see them.

Because some guests get nervous and frightened when elephants approach very close, I told them to stay seated and not make any sudden movements or noises that might startle the elephant. 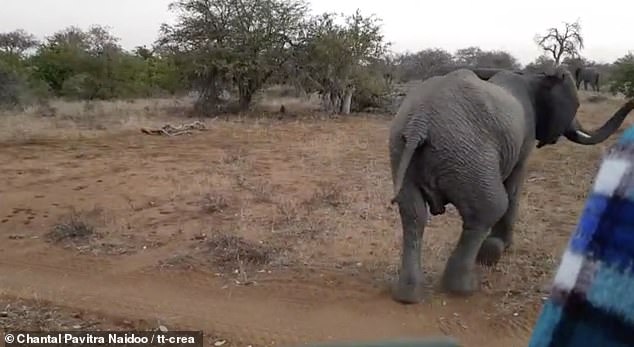 Many of the calves in the herd were very young, and the older ones can be rather protective and aggressive at times. On the front bumper of an open game vehicle, I didn’t anticipate her to turn around and offer her butt a good scratching.

It defused a tense situation and made it more amusing, with some guests giggling quietly while others tried to keep quiet.

With the elephant now standing almost against the car, I requested them to be quiet and take in the moment rather than startle it at close range.

‘The guests were naturally a little nervous when the elephant got near since they do charge vehicles now and again.

‘”The experience is enhanced in an open game vehicle because there is no gap between you and the animal. However, when it began to scratch, it became a rather amusing and unusual situation.”‘