This is the dramatic moment an elephant got bored with being the center of a photo shot – throwing his stick at the photographer’s car.

The majestic creature was filmed at the Sable Dam near Phalaborwa in Kruger National Park in South Africa earlier this month.

Lisl Moolman, a freelance photographer, was visiting Kruger National Park for an afternoon drive after work when the baby elephant suddenly grabbed her. 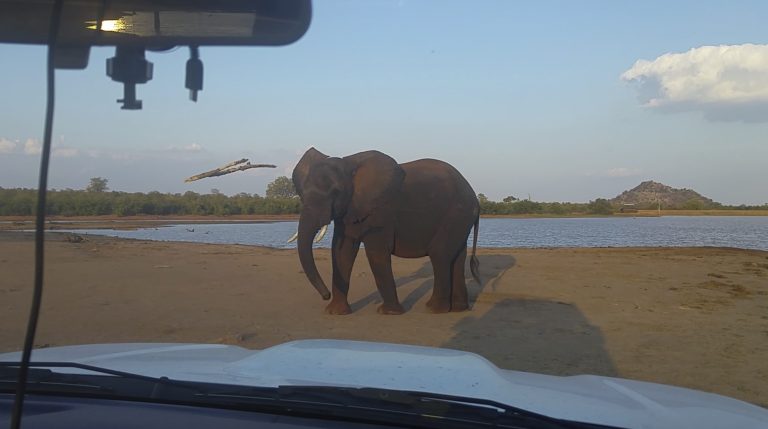 But fortunately, Lisl had some basic knowledge of animals and was able to stay calm – emphasizing that the elephant didn’t appear aggressive but just wanted to make his presence clear.

Lisl said: ‘This elephant was walking alone and felt unsafe without the protection of the herd.

“He came out of the bushes behind me and backed away in surprise. 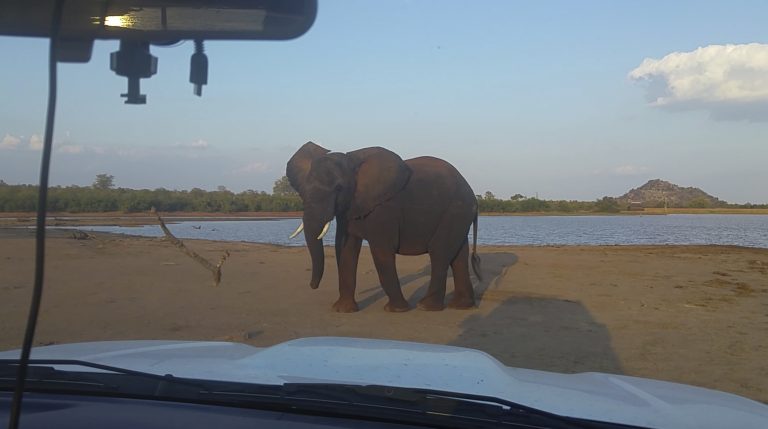 “He was still chewing on a stick, showing no signs of being overly aggressive.

“I didn’t start the car and kept quiet, in case the sound startled him and aggravated the situation.

“When he threw the stick at me, it was a display of dominance and power,”

Lisl said the elephants don’t get sick – a recurring condition that bulls just over 15 years old experience when testosterone
levels increase when looking for a mate.

She added: “I didn’t feel threatened, and I noticed neither did he.

“He then continued across the dam to join the herd on the opposite side.

“Once he had gone quite a distance, I started the car and slowly drove away.”