These elephants may have had a rough start in life, but it hasn’t affected their ability to love – like these adorable images from inside an elephant orphanage show.

Incredible photos show frolicking baby elephants seeking solace from their carers and offer a rare insight into the world of troubled youngsters – many orphans directly or indirectly by human actions. 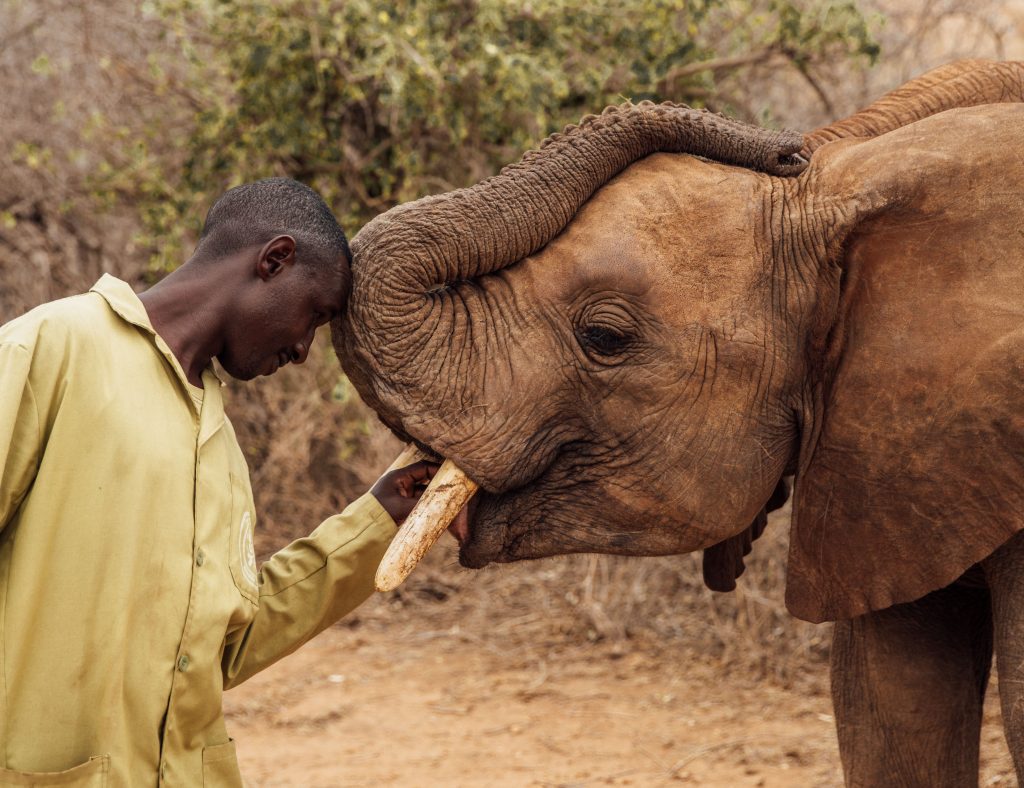 Despite their short lives devastated by the loss, these baby elephants still have a lot of love for their foster caretakers at a special orphanage run by the David Sheldrick Wildlife Trust (DSWT) in Nairobi National Park, Kenya.

A DSWT spokesperson said: “Many of these orphans have lost their mothers to human hands and experience emotional, and often physical, pain at a very young age and are still dependent on milk. , it is our responsibility to nurture and care for them so that they not only survive but ultimately thrive when they return to the wild.

Our Orphans Project brings hope and healing to these traumatized children, and our human carers work around the clock to replace herds of missing orphans, provide the love, protection, care, and milk they need 24 hours a day, just like their mother would have done.

For 40 years, DSWT has been rescuing and nurturing milk-dependent orphaned baby elephants so they can return to the wild in the reserve when they’re older. 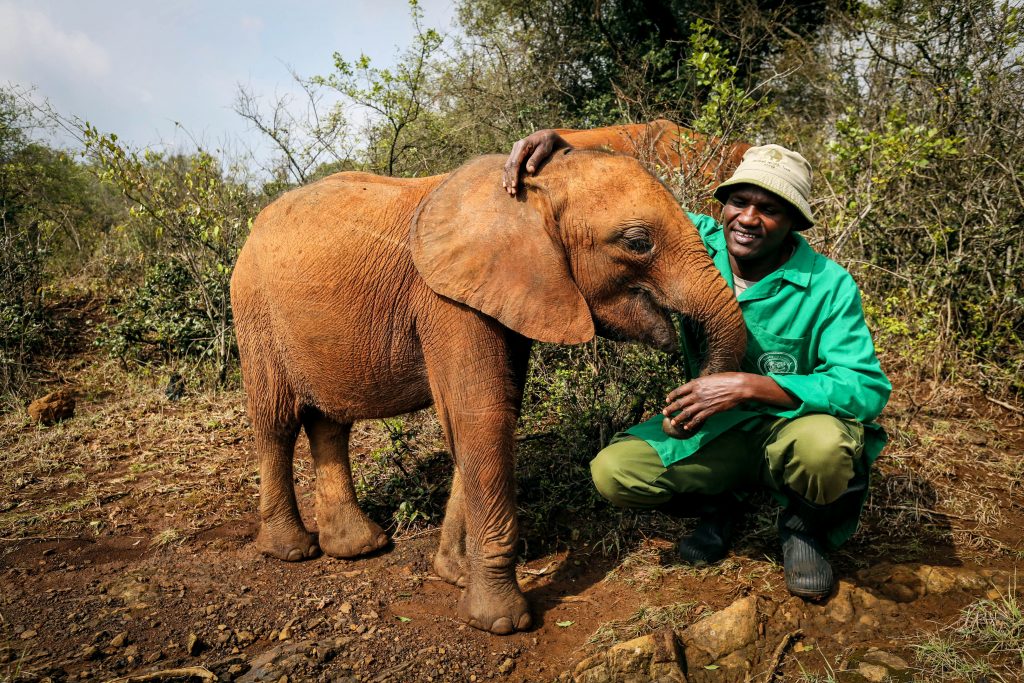 DSWT travels across Kenya to rescue orphaned elephants left alone with no hope of survival on a daily call of the year.

Many of the orphans rescued are victims of human-wildlife conflict, habitat destruction or poaching, and are on the brink of starvation.

Acting as surrogate mothers, the stewards feed the babies every three hours, staying with them 24 hours a day, 365 days a year – even sleeping in the cage with them.

This close family bond, formed between breeders and elephants that helped the newest orphans through the traumatic beginnings they have endured in their short lives, including witnessing the slaughter of their mothers for tusks. 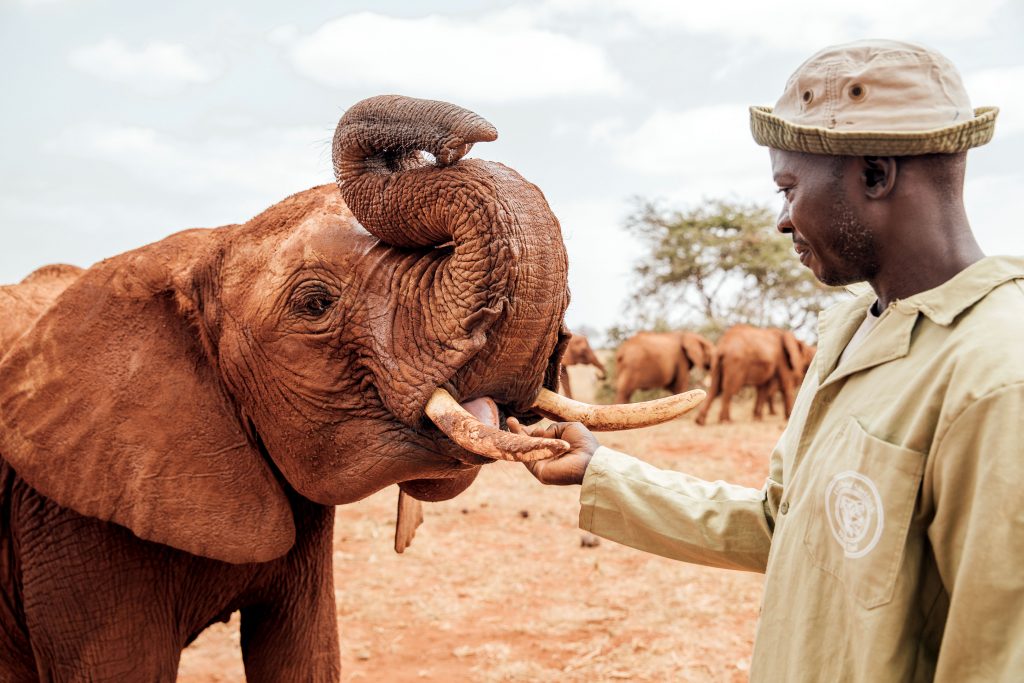 Like humans, elephants have strong family bonds, and their mothers’ loss can take a heavy toll on their moods as they mourn, often stop eating, and their survival hangs in the balance.

Each elephant remains in the Nursery until they are ready to make the journey to one of the three Reintegration Units, located in protected areas in Southern Kenya.

This second phase of rehabilitation at the Reintegration Units proudly sees each orphan’s gradual transition back to the wild elephant herd, done at each individual’s own pace in periods of up to ten years. During this time, they become part of the much-loved human-the elephant family, eventually living their lives in the wild freedom.

To ensure their safety, DSWT operates 11 Snail Extermination Teams, in partnership with the Kenya Wildlife Service and the Aerial Surveillance and Canine Unit consisting of fully trained tracker dogs to detect wildlife crime.