Thailand is famous for elephants. Some use them to attract tourists to ride on their backs, giving smiles and thrills of commerce.

But, behind those smiling faces is an abused elephant, destined to be a walker forever. Animal advocates have wanted to break that chain of abuse for many years. One group succeeds in completely breaking it down, freeing a pitiful, old mountain-climbing elephant named Khum Min. 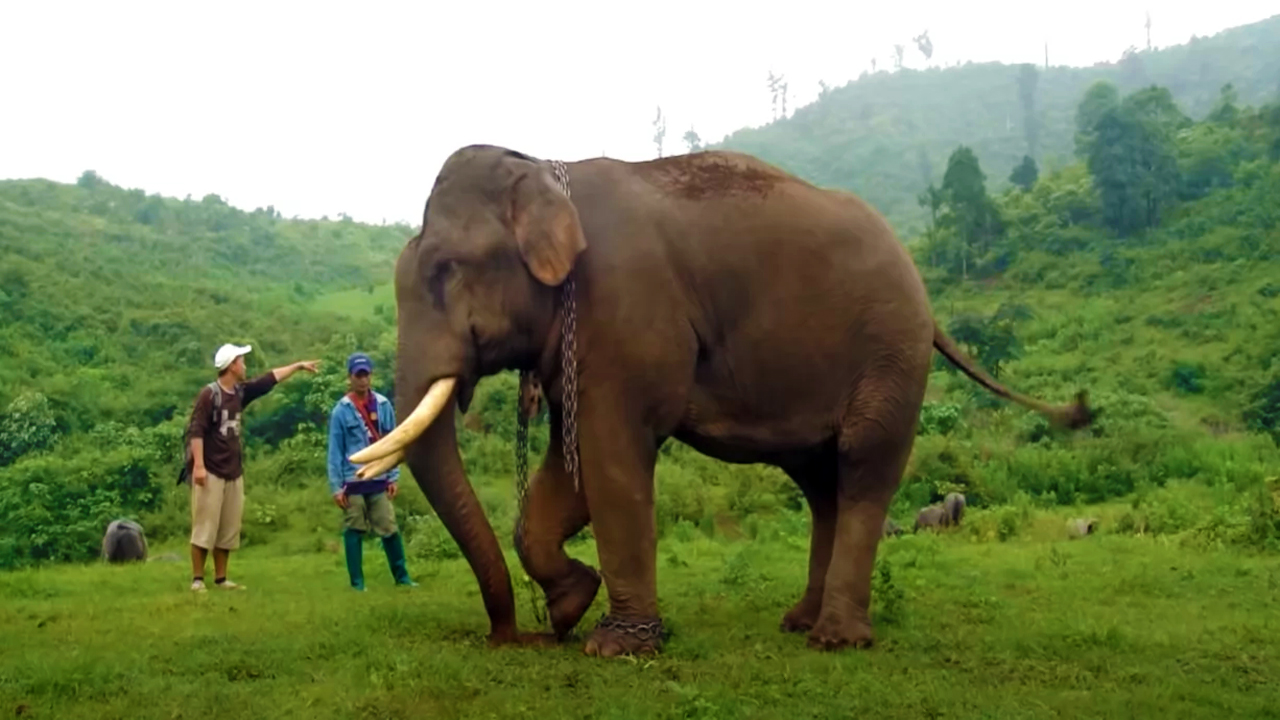 Khum Min is an Asian elephant, one of the most endangered species in the world. When he was born, he was destined to be a mountain climber and lived in a mountain climbing camp. Sadly, instead of giving him a happy life, the mahout mistreated him in the camp. 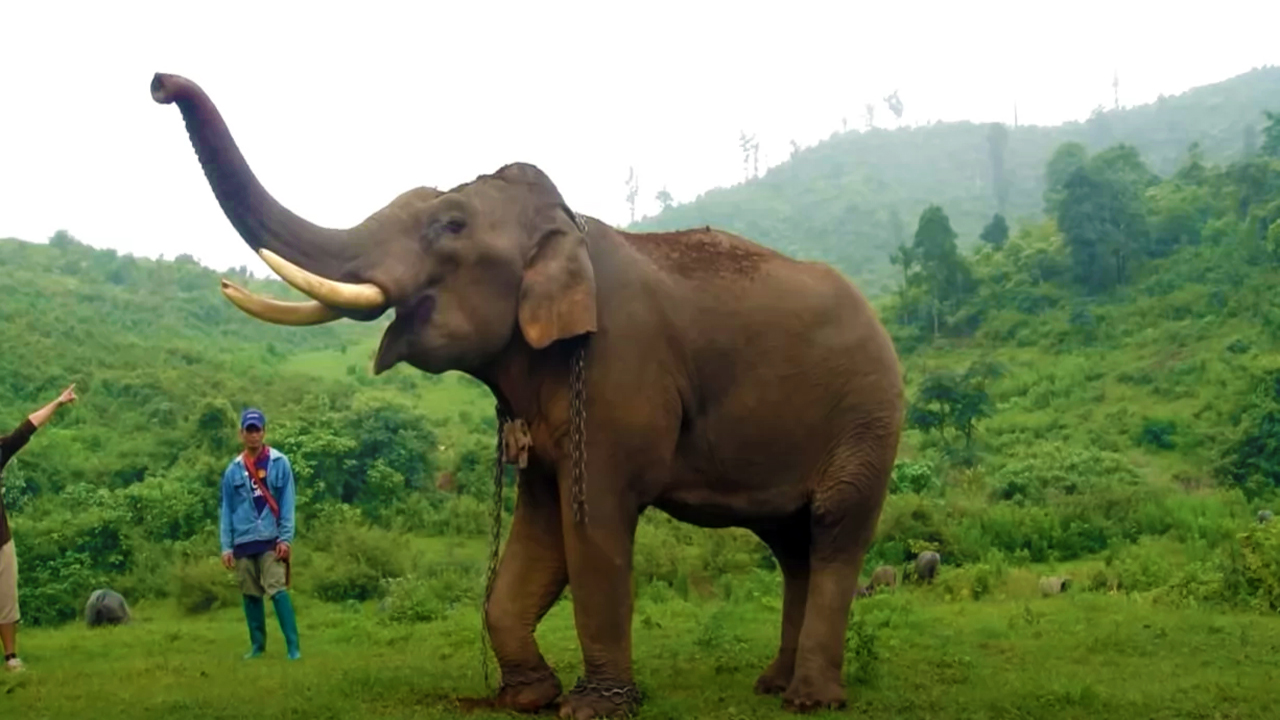 Whatever they do or go, the camp elephants are chained, and there is no freedom. These elephants get older and still receive the same treatment. It is heartbreaking to see these majestic creatures subjected to such captivity. 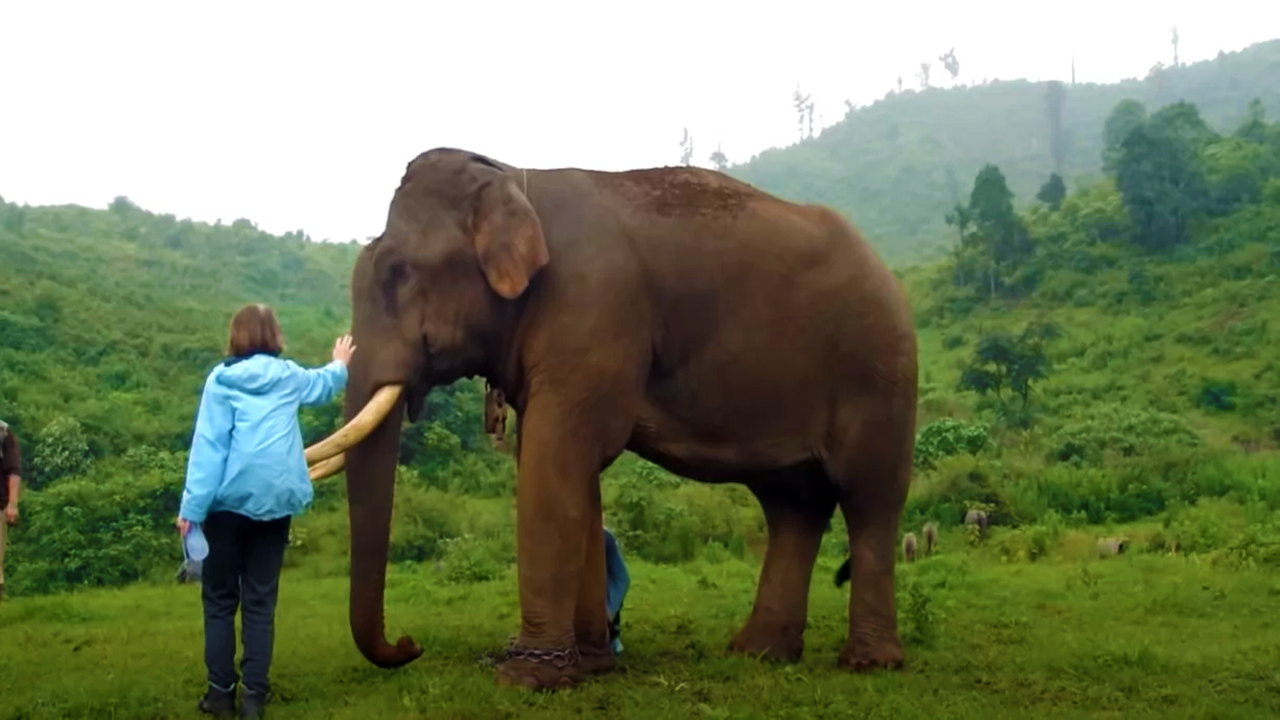 A team is grieved about Khum Min’s condition and decides to take him out of the mountain climbing camp. They gladly pulled its chain, led it out while stroking its trunk to show the peace of mind. 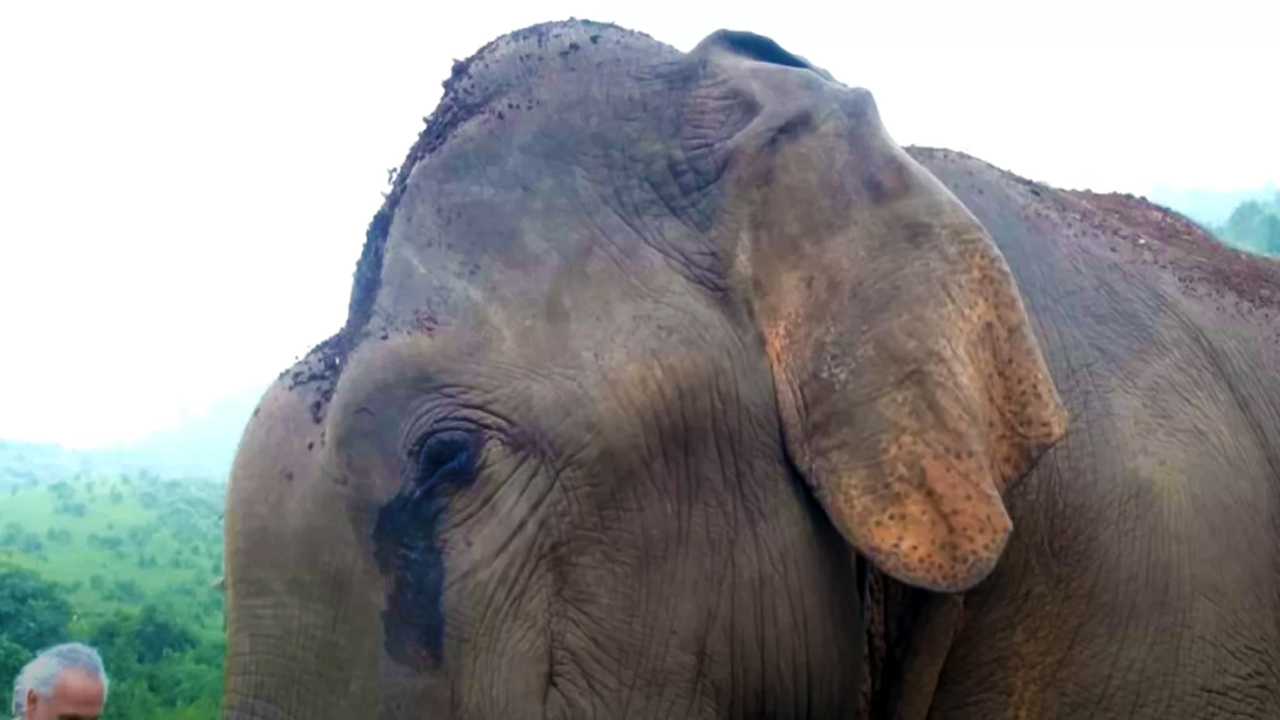 They walked with the majestic elephant to northern Thailand’s free-range area, talking with the elephant in sweet words to ease his worries. They arrive at the site, with the elephant standing on the lush grass surrounding nature’s greenery. 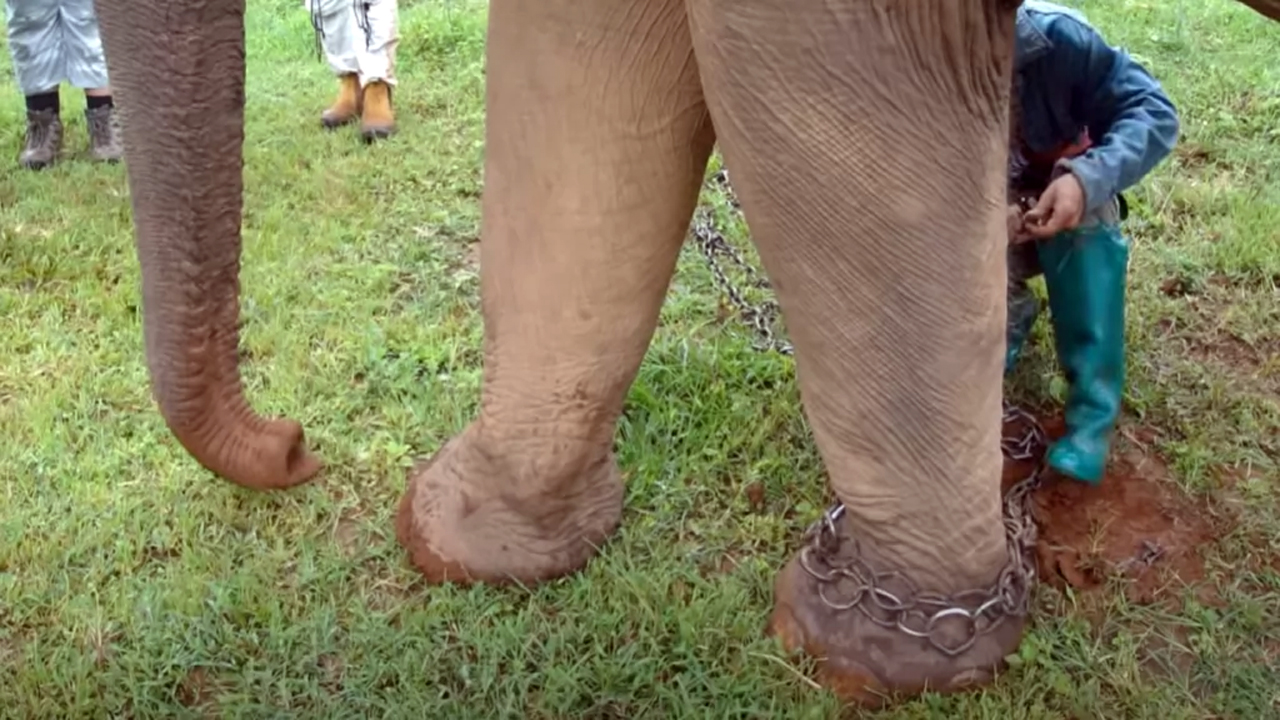 With chains on his legs and neck, Khum Min diligently covered himself under the mud. Khum Min can shovel with his long trunk. After discussing for a while, the rescuers were ready to free him by removing the leash around him. 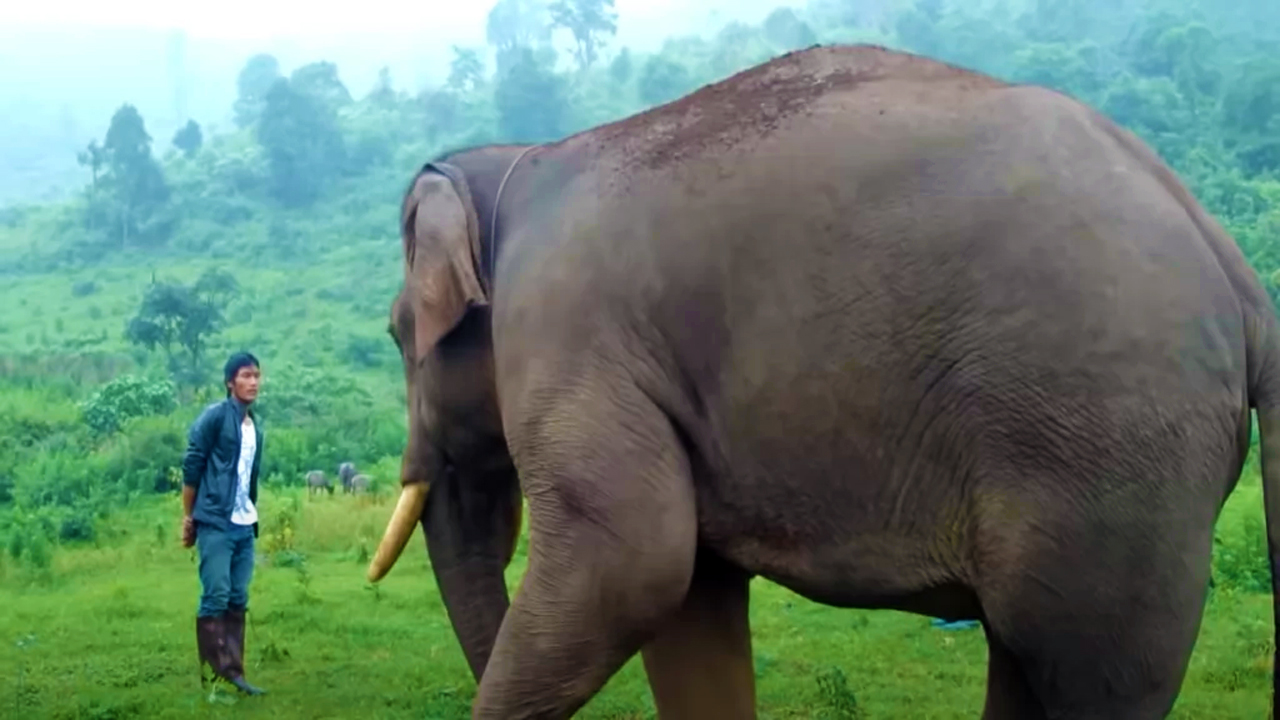 When one person is trying to remove the chain from the neck, the others will stand by, massaging the elephant’s trunk to ease the elephant’s anxiety with kind words. You’re a handsome guy, aren’t you? You will live a life of luxury. “That’s the easy part. However, the chain still wraps around the elephant’s leg.

In the end, with one leg having difficulty, the team was able to remove all the chains that were entangled on them. The moment the shackles fall on the ground, the elephant takes the first step alone without anyone telling it.

It was an enjoyable time for him and everyone around. Who knows how many years those rusty chains have been worn on him?

However, there is no need to worry, as he can finally be called free. Later, he was taken to other elephants in a remote village, hoping that they would breed to preserve his species. 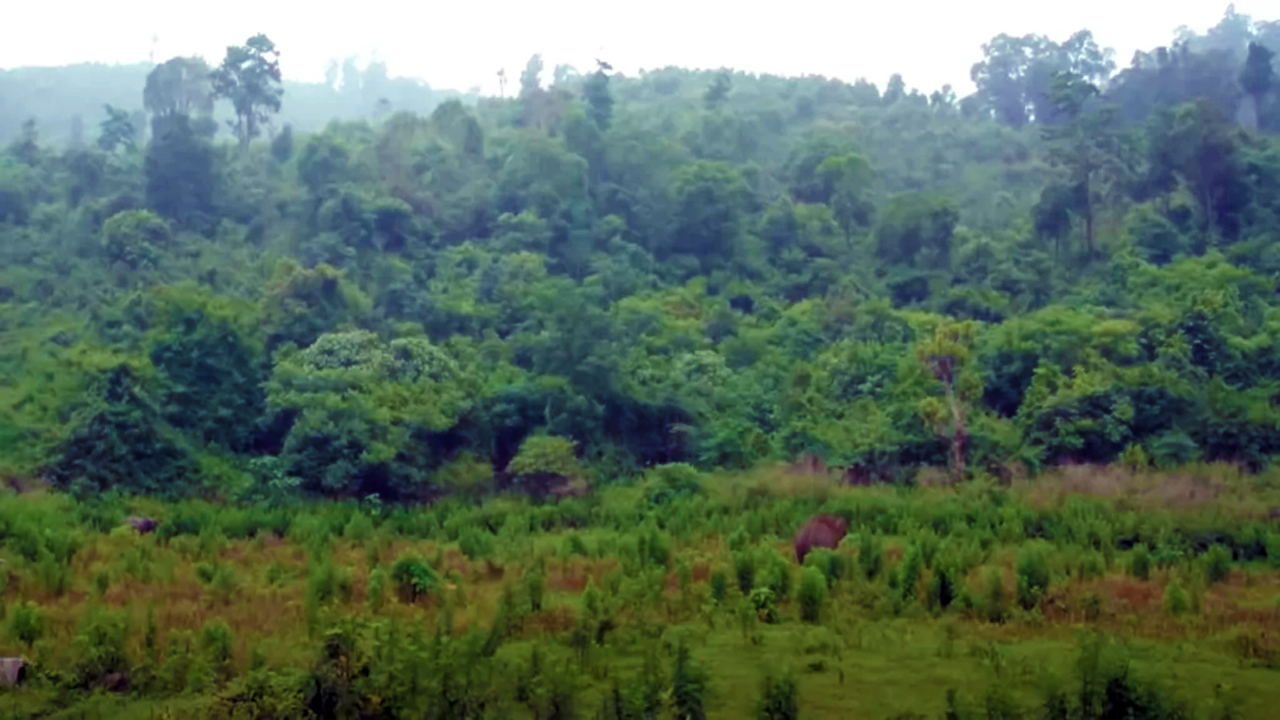 Asian elephants are one of the elephant species in great need to be protection. They are victims of poaching and habitat loss, endangering their lives and entire populations around the world. Besides, there is only a rough estimate of 30,000 to 50,000 Asian elephants globally, which is only a fraction of other species.

Hopefully, these majestic creatures will slowly save themselves from extinction by multiplying them.