A young girl has an enormous size friend – after helping to tame a fully grown wild elephant. 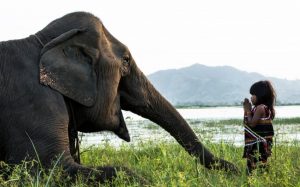 The M’Nong people tame wild elephants before introducing them to their community. 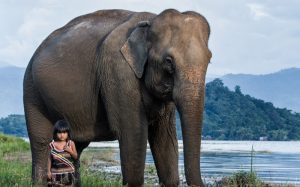 And Kim has grown a strong bond with the giant animal – though one mistake can be fatal.

The couple is entirely at ease with each other, while the gentle jumbo happily lets her play around. 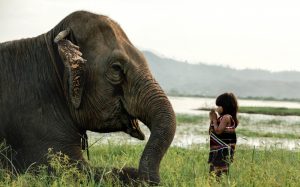 He said: “Elephants are considered members of the community – everything related to them must follow the tradition of the M’Nong people.

“As a foreigner, I am amazed to see this attachment, but for the M’nong minority, having an elephant in the garden is normal – like we have a cat.

“I feel respect between the two. The girl is more afraid of me than an elephant.

Réhahn has lived in Vietnam for seven years, taking about 45,000 photos of the country. 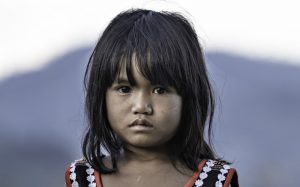 But this is the first time he has witnessed such interaction between M’Nong and their elephants.

He added: “It’s not dangerous for her – the elephants are peaceful until you try to do wrong with them.

“But the M’Nong live in nature with the elephant and know how to keep them silent.”

“This is so unique plus the fact that M’Nong currently doesn’t wear traditional costumes makes the photos more special.”