A mother elephant and her two babies have a lucky escape after they all got stuck in a muddy hole in Kenya. Thankfully, a small group of people, led by Dr. Kieran Avery, joined the effort, and after two hours they were able to save the elephant family. 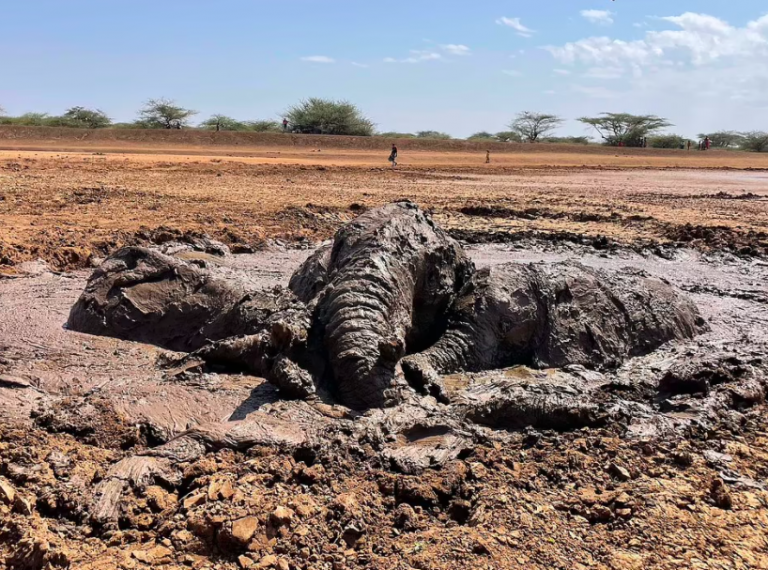 Apparently, the youngest calf had originally fallen into the mud, with his brother and mother trying to pull him out. However, their efforts were in vain as they also sunk in the muddy hole in an attempt to free the unfortunate calf. The struggling elephants were noticed by some locals and ran for help. 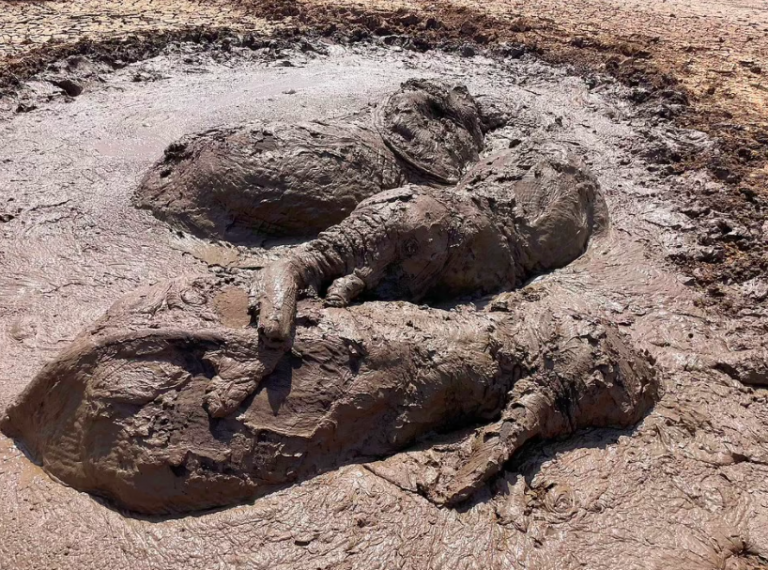 When locals from Isiolo County warned him, Kieran Avery – a 34-year-old vet surgeon and wildlife conservationist – immediately rushed to the scene to help the poor animals out. Dr. Kieran has experienced these dramatic rescues after he rescued another elephant trapped in the mud less than a month ago. 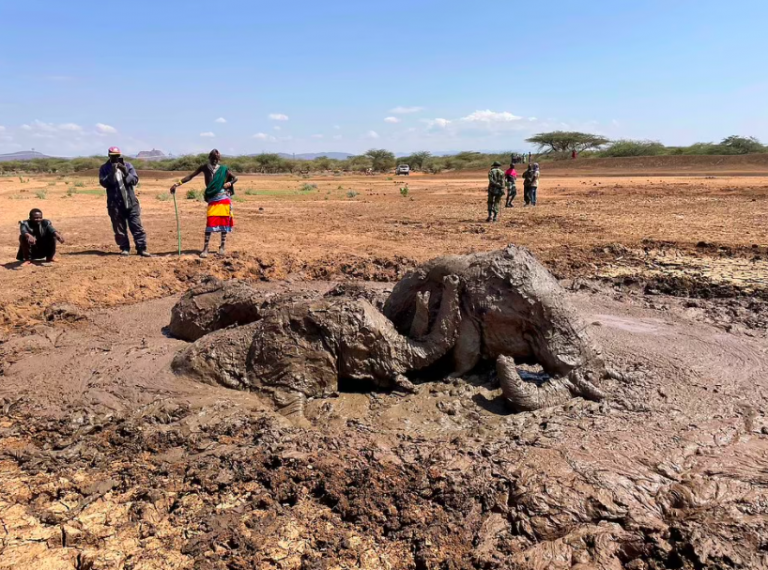 Dr. Kieran said: ‘We suspect that either the mother or one of the babies fell in first. “Then the others came in to see if they could help because they were so loyal to each other but ended up getting stuck as well.” 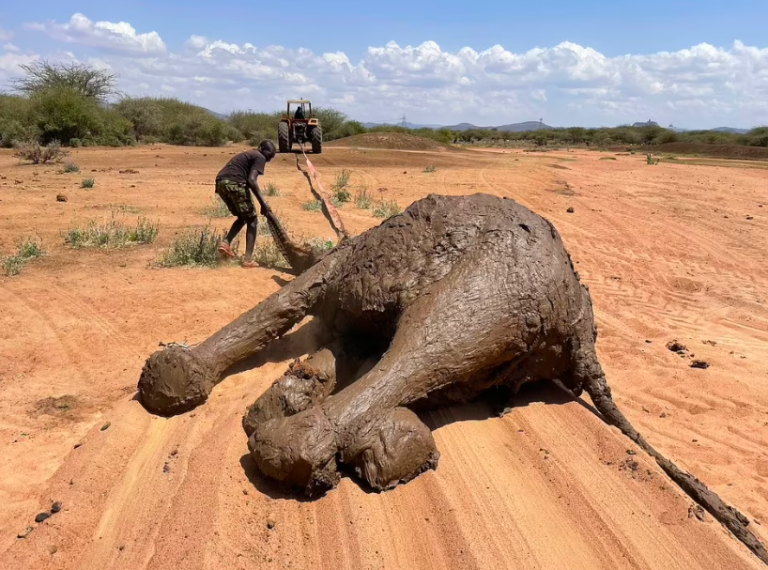 Since there were not one but three elephants stuck in the mud, rescuers were left with very few options. Dr. Kieran initially thought they could take them out for a while, but that would be too dangerous for what was still the last one. So they joined the effort to pull them all at once. Luckily, they finally freed them all! Although all were exhausted, no one was harmed. 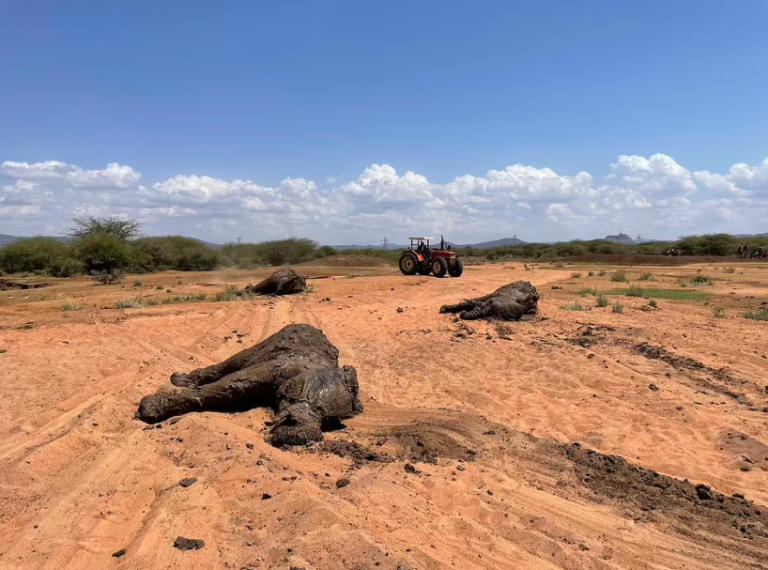 “Fortunately, no one was hurt – they were all just exhausted,” said Dr. Kieran. “It took a lot of effort to move them all at once because you can’t move them one by one; the others will grab you. We had to be very coordinated and very efficient.”

Dr. Kieren stated that he was extremely pleased with both the rescue way and the local community responded to the situation. 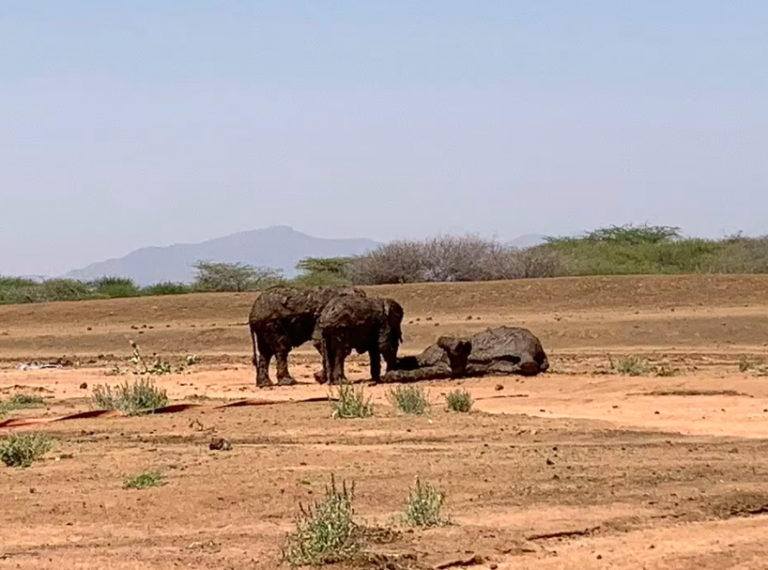 “Overall, a really successful mission,” he said. “One thing to really emphasize is the team effort aspect of this. It’s actually more positive for communities who own the elephants to report when they’re stranded like this than just putting them down. It really shows the promise of community conservation here in Kenya. “