This is a heartwarming moment; a mother elephant is helping her kids out of a 17ft well hours after they had fallen into it.

Three elephants, including a calf, had accidentally fallen into a well in the Kadambur forest area in Sathyamangalam in the southern Indian state of Tamil Nadu on Tuesday night.

The elephants were found in the well by villagers Wednesday morning after they heard them trumpeting.

They notified the local forest department, who then rushed to the scene to rescue the animals. 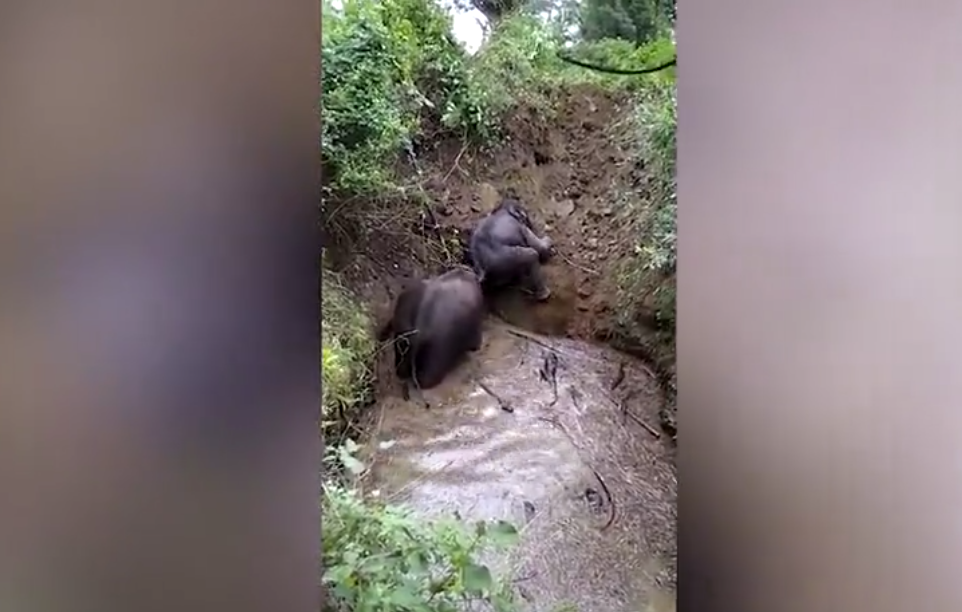 A local farmer named Mardawal, who owns the well, said: “I was doing a routine field visit on Wednesday morning when I heard an elephant trumpeting from the well. I immediately informed the other villagers then a group of forest officers was called to rescue the animals.

“It looks like elephants had ventured into the area in search of water.

“The calf might have accidentally fallen into the well, and then two other elephants went down the well to help the baby.”

The image shows rescuers digging soil around the well using earth movers to create a slope to help the elephants climb out of it. 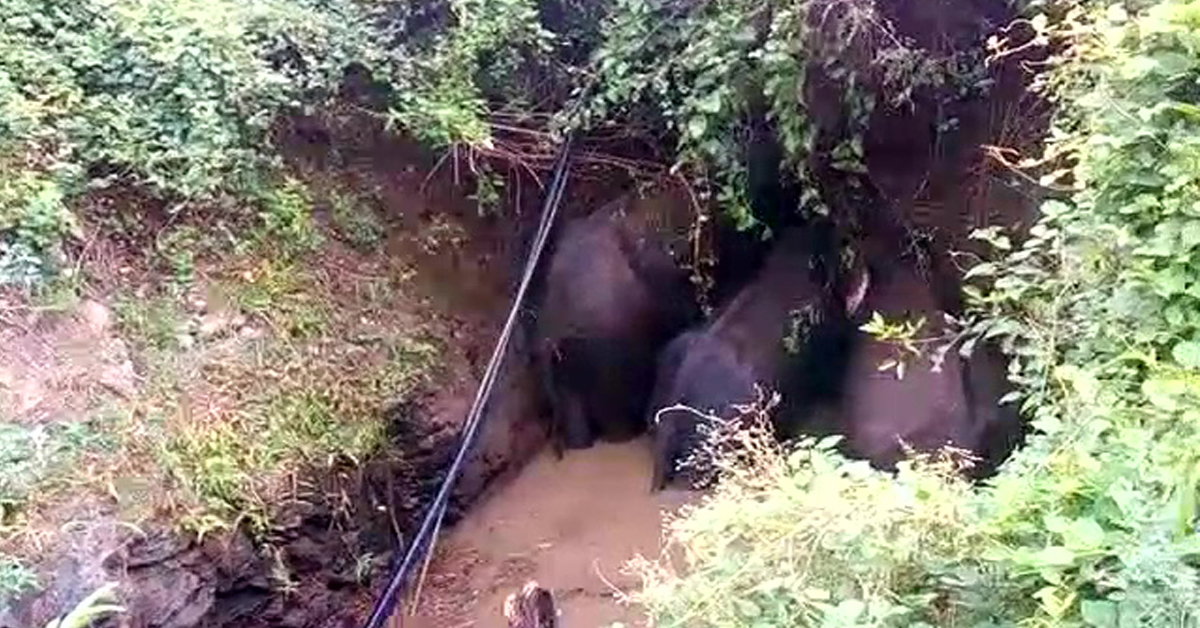 After the slope was complete, the elephants came out of the well by themselves.

However, the visuals show the mother helping her calf out of the well while pushing it from behind.

It took the team nearly six hours to rescue the elephants.

Many people gathered around the well to watch the rescue operation.