A mother loves her child more than anything in this world. That’s why a mother and her child – regardless of race – share a very special and very unique relationship. The way a mother loves and cares for her baby is irreplaceable. Although some people see them as emotionless creatures, wild animals are extremely protective and loving when it comes to their babies! 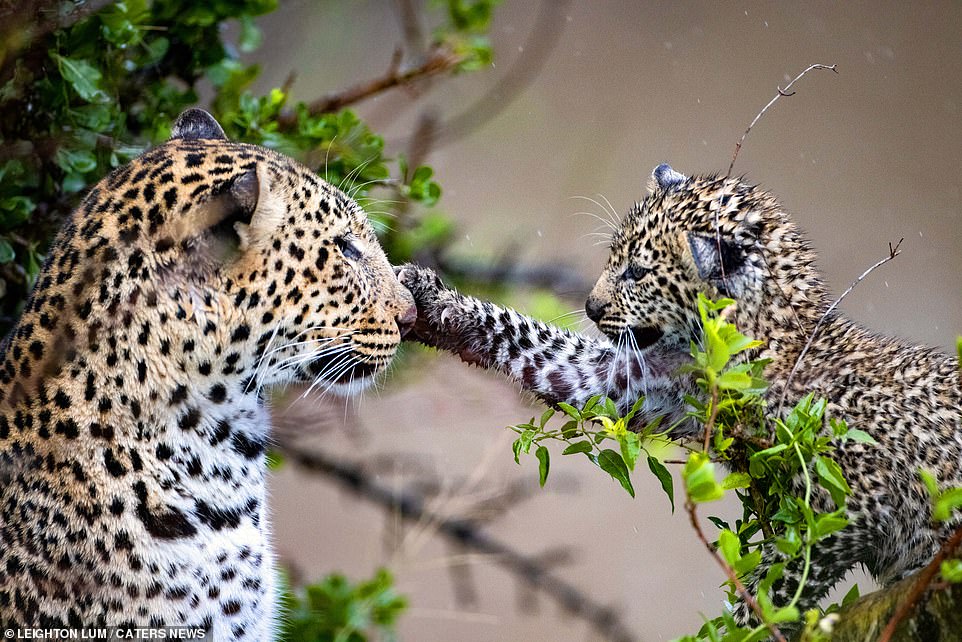 This wildlife photographer has witnessed how overprotective and caring that wild creature can be. During an expedition in Kenya, Leighton Lum spotted a mother leopard sharing a tender moment with her cubs. With the camera always ready, the 32-year-old photographer spotted the mother and her cubs sleeping next to some bushes. Within moments, however, a downpour awakened the cubs. 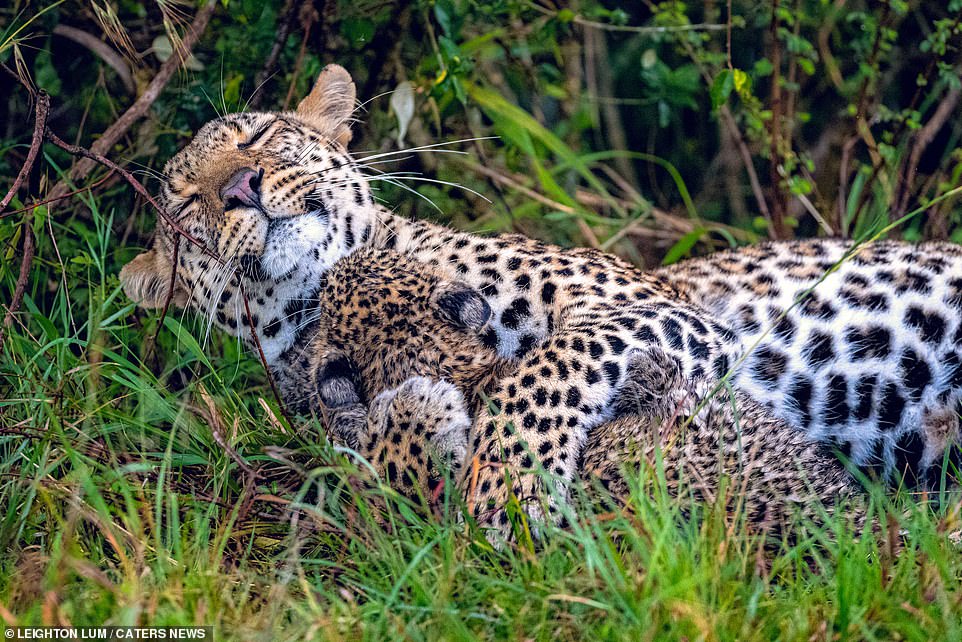 What came next is nothing but an ocean of tenderness and affection between the two. Excited and always looking for new adventures, the cub started climbing some trees shortly after waking up. His noisy actions also woke the mother. Despite ruining his mother’s nap, the leopard didn’t look upset at all. On the contrary, she all smiles as she hugs her precious child.

“In the end, he was wandering near our car, and the mother followed,” the photographer said. “They settled down no more than 50ft from the car and started playing. It was unbelievable. ” 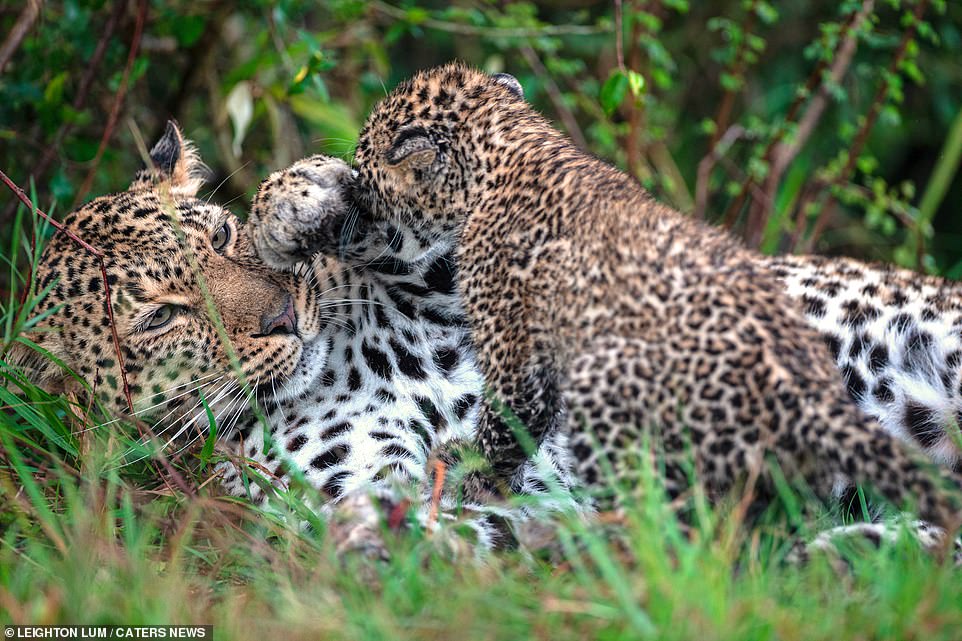 In a series of touching photos, Lum caught a mother-baby duo cuddling in the cutest way possible. “I really enjoyed watching this tender moment between mother and cubs,” he said. “It’s an unusual behavior and it’s rare to see them like this outdoors and at close range.” 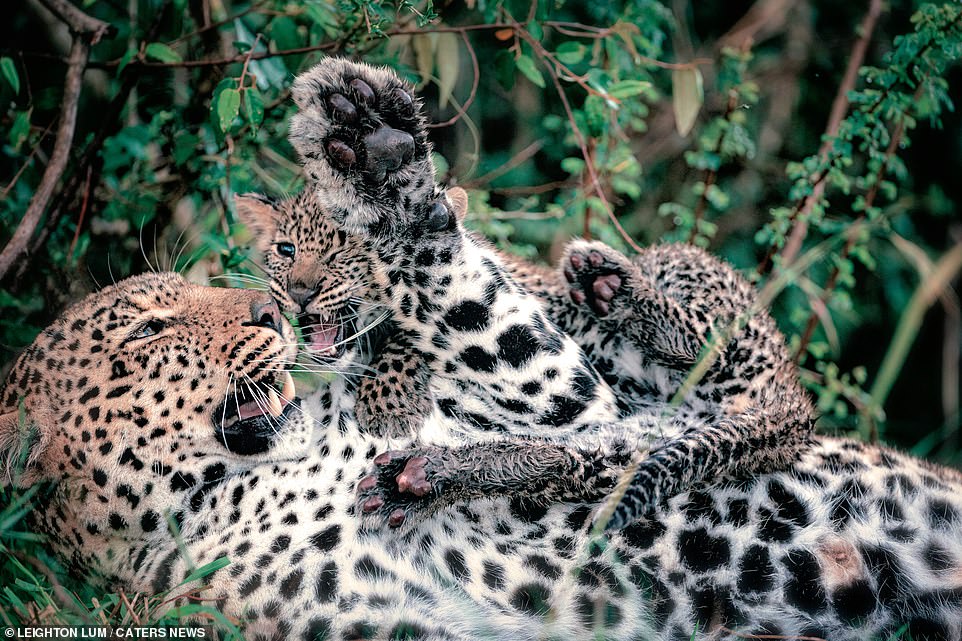