When a group of rangers in Thap Lan National Park in Thailand found six baby elephants trapped in a mud pit, they immediately ran to assess the situation. When they arrived, they saw six baby elephants lined up in a long line in the mud, completely trapped and unable to get out on their own. 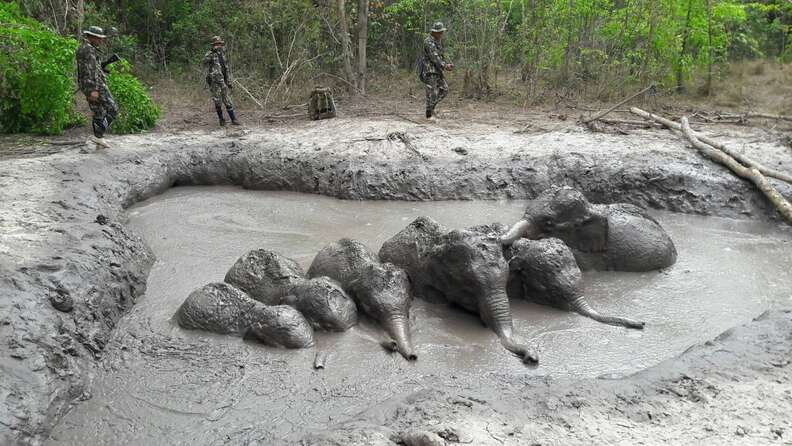 As they looked around the area, park rangers realized the mother elephants were still nearby and appeared to be waiting for their babies to climb out of the pit and join them before moving on. The rangers know that it was up to them to reunite the baby elephants and their parents.

Unfortunately, park rangers didn’t have the equipment to help the baby elephants right away, so someone watched them overnight until the equipment could be brought in the next morning. 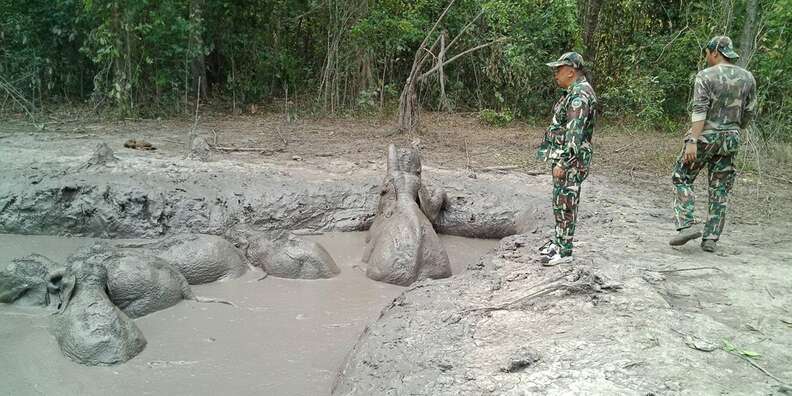 … And one by one, the baby elephant slowly emerged from the mud pit and returned to a safe place. 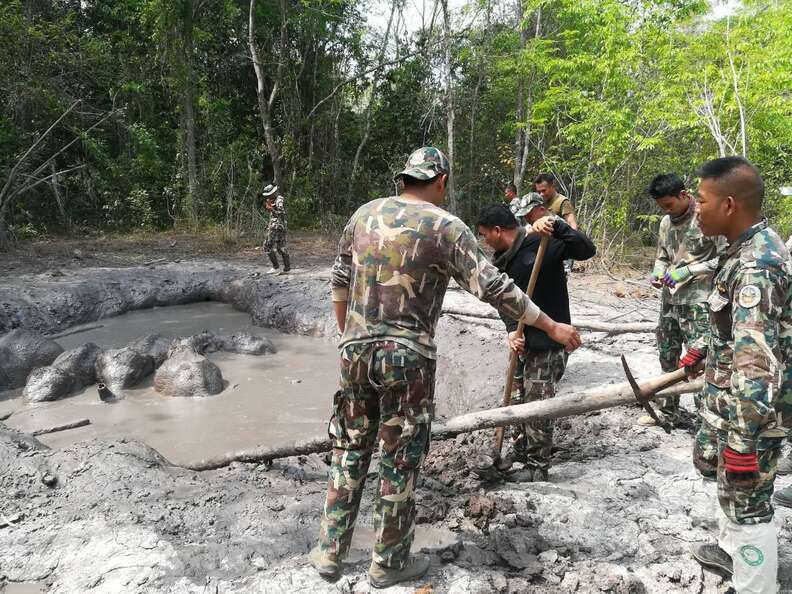 All six baby elephants seemed to be fine after their ordeal, and park rangers watched them briefly to ensure they could walk and getting well. 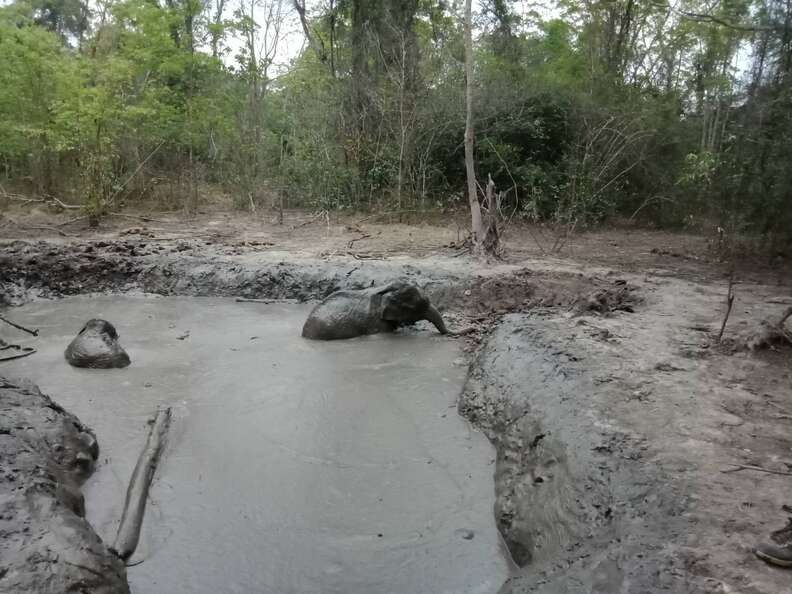 If the park’s rangers hadn’t spent their time trying to help the six baby elephants, there’s a good chance they wouldn’t have made it. Instead, they have been safely reunited with their families and hopefully be careful around the deep mud pits in the future.