This is the terrifying moment an angry female elephant lunges at a photographer as he took pictures from an open safari jeep.

Jagdeep Rajput was travelling through Corbett National Park in India on an open safari jeep when he approached an Asian female elephant who saw him and decided to charge.

Accompanied by her calf, the elephant and her formerly peaceful herd began to rush down the track towards him. 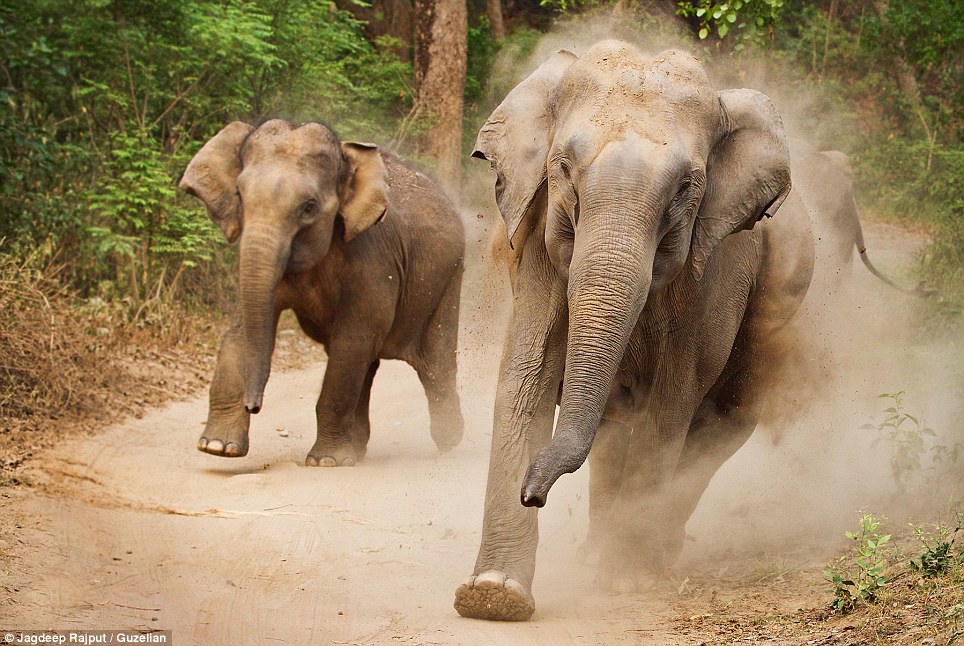 This is the terrifying sight that confronted photographer Jagdeep Rajput when an Asian elephant, accompanied by her calf, charged him in India’s Corbett National Park

Wildlife photographer Mr. Rajput, 52, who lives in Delhi, said: “The charge was huge and violent – she clearly didn’t want any human being s around.”

His driver, who he said was experienced in the ways of local elephants, put his foot down and brought them to safety, but not before Mr. Rajput, who has won several photography awards, got this stunning picture. 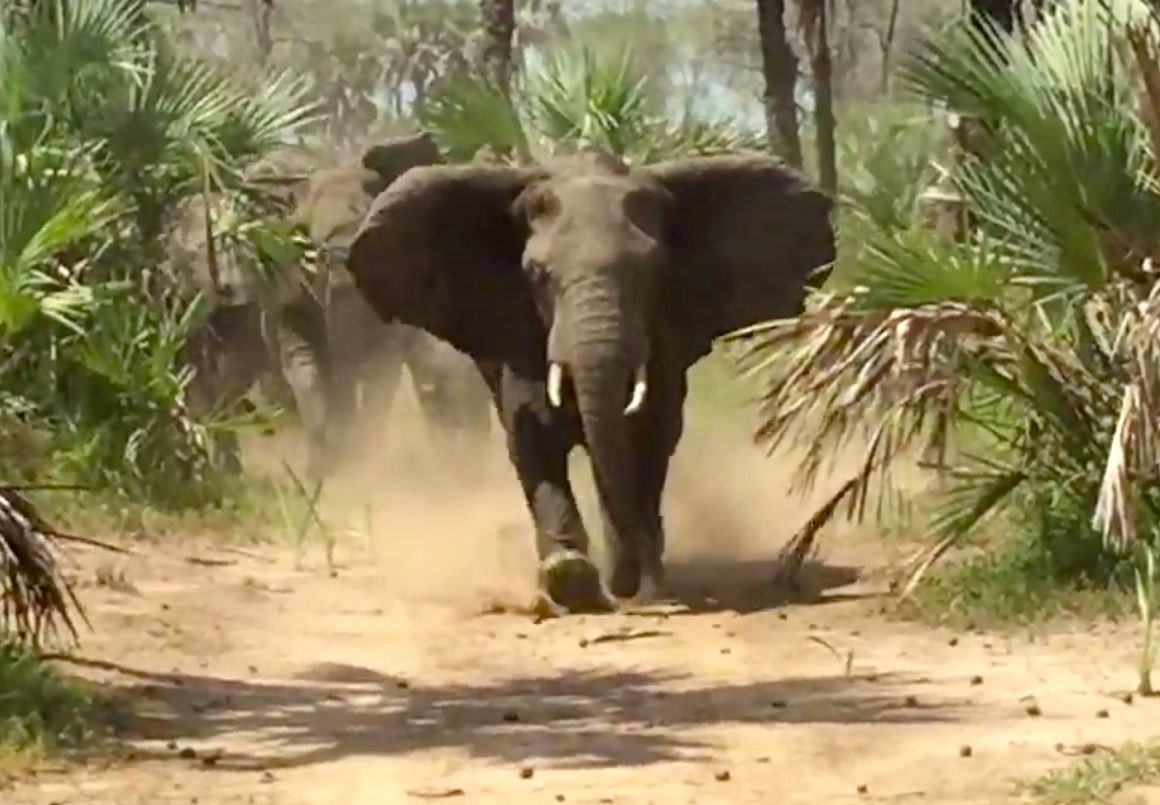 Mr Rajput, who has studied and photographed elephants for more than 20 years, said the elephant’s behavior was out of character.

“Both tourists and animals frequent this particular site, and the elephants are usually very sociable and quite familiar with the people around them,” he said.

Adult female Asian elephants and their calves tend to move together in groups of up to 15, and most of the time, they are timid and reluctant to a.tt.ack.

However, rogue elephants, especially those with calves, sometimes a.tta.ck passersby for no reason, occupying positions near the road and making it impossible for visitors. 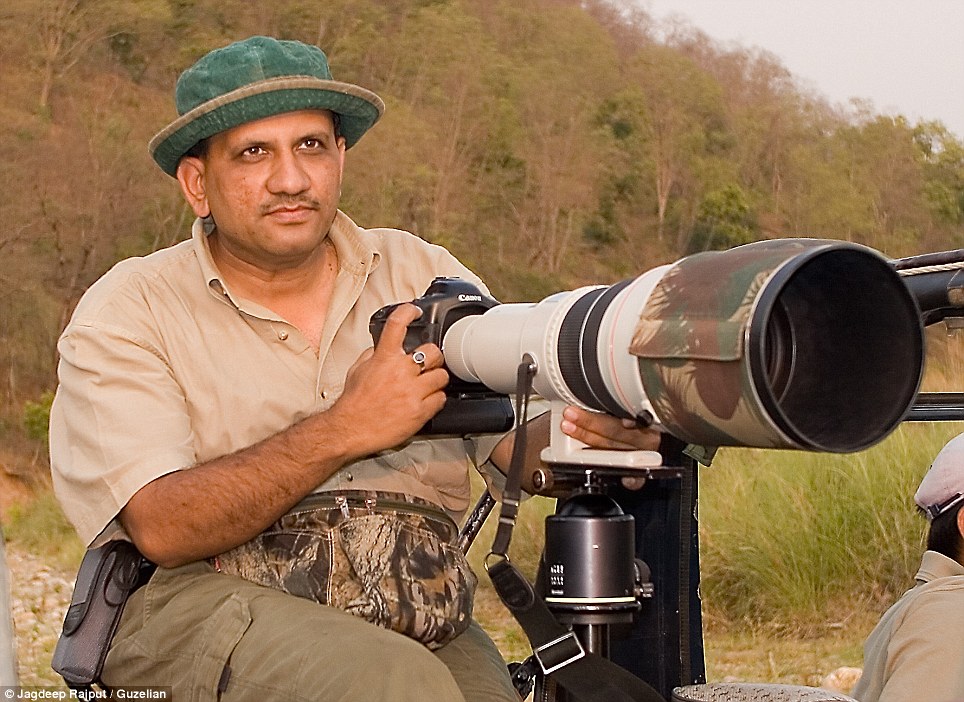 Shaken but not stirred: Jagdeep Rajput, 52, has spent 22 years studying and photographing elephants, but said the female charging him was out of character