Tourists on the trail get close to the animals at a waterhole but are shocked by what they see. 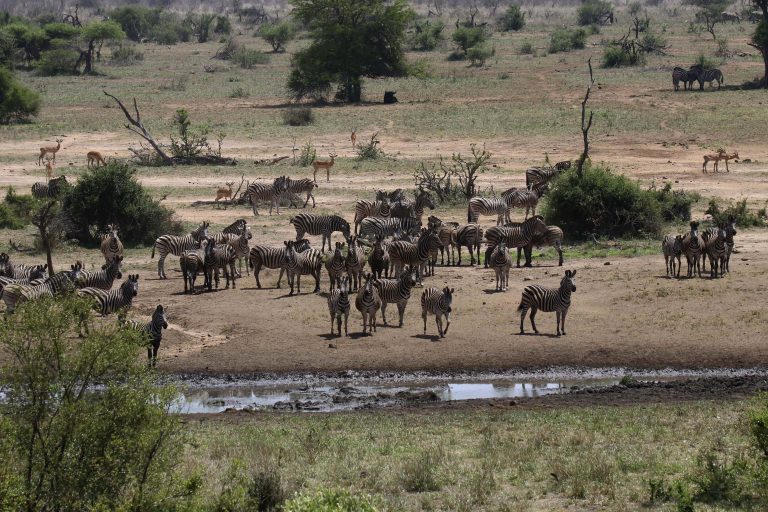 She said: “Almost always there are animals in sight, but these days they all come at the same time.

“First herds of zebras, impala, and wildebeest appeared and then two rhinos, two herds of elephant, giraffes, and lions. 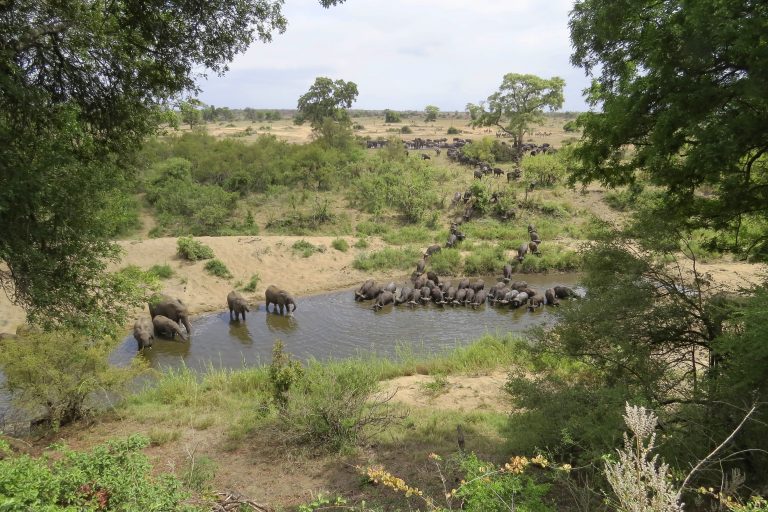 “We were both thrilled and surprised. The buffaloes and elephants in the lower waterhole are fun to watch the interactive displays.

“We signed up for the three-night trail starting November 1 after having made the same trail previously in 2013. 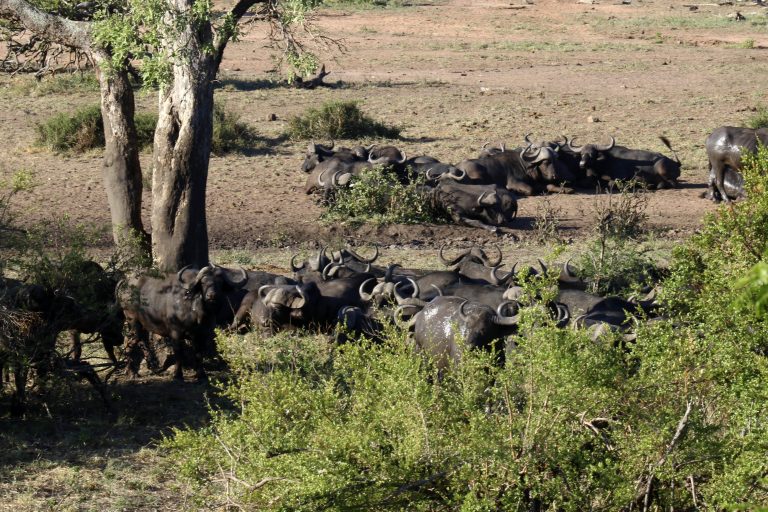 “In fact, we had the same guiding team as four years earlier.

“We had a motion-activated trail camera in the trees in front of the muddy waterhole to capture the action.”