South Africa’s long desperate search for water made the bulls, already pensive and looking for mates, even more aggressive. 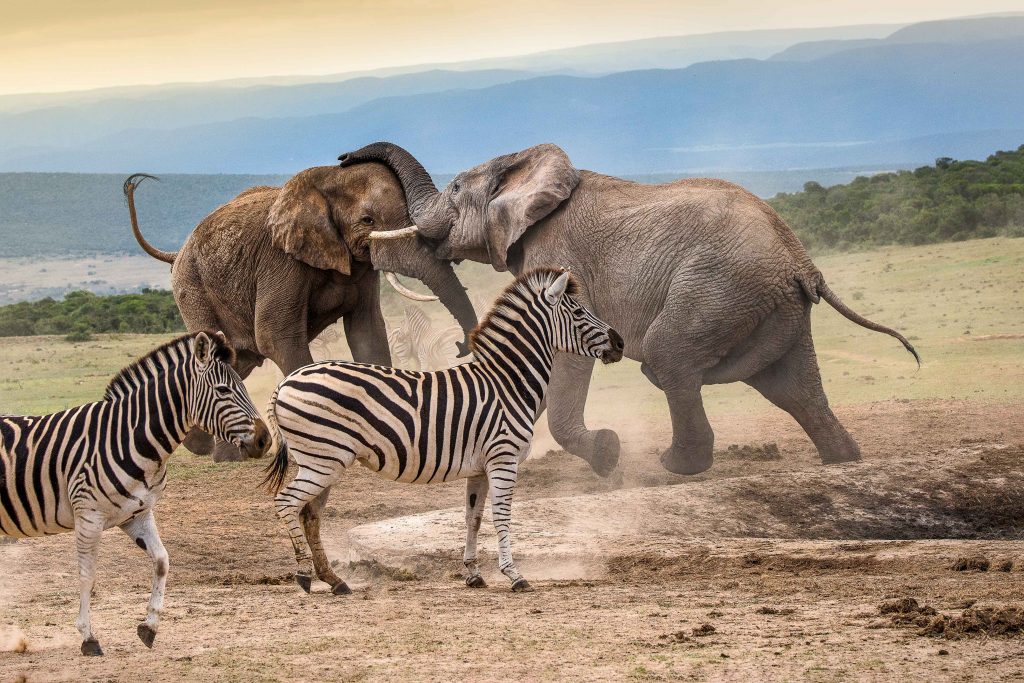 The other animals waiting nervously at the Carol’s Rest watering hole quickly scattered as the fight broke out.

The two elephants rushed in and jostled each other, creating a large amount of dust.

The fight was captured on camera by physiotherapist Bessie Vermeulen from Bloemfontein, South Africa.

Bessie, 58, said: ‘I was visiting the park and noticed that these elephants were behaving strangely.

“They were guarding a small waterhole called Carol’s Rest and warding off any intruders.

“Normally, they are not afraid to share and will tolerate any other animals. 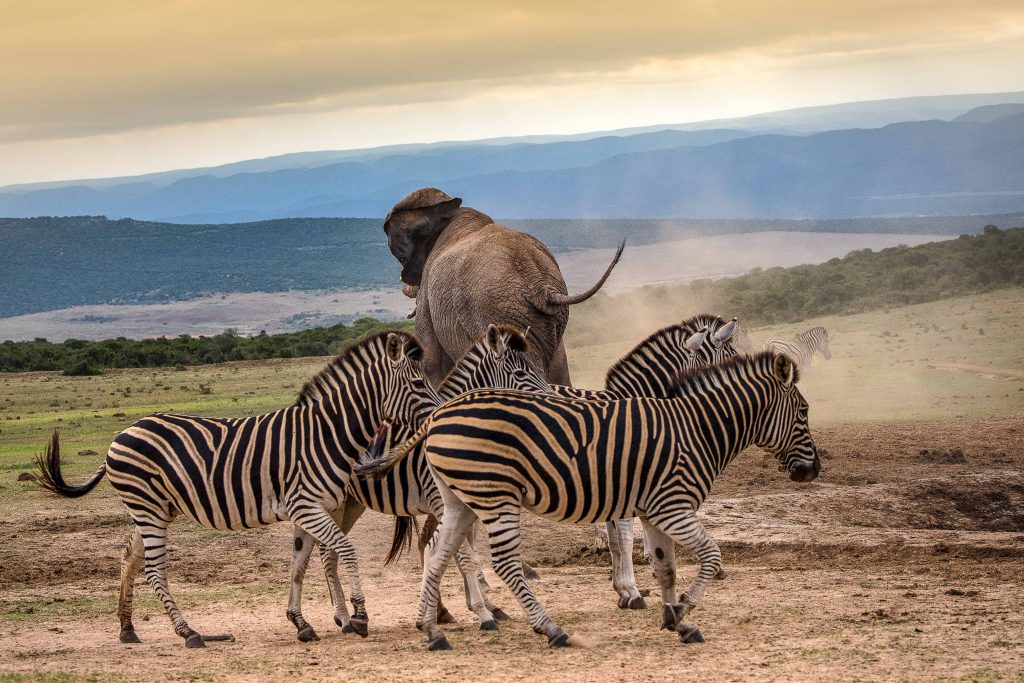 “Even the smallest elephant is chasing wolves and zebras.

“The zebras seem shyer than the zebras that will come in to get a drink.

“All the animals seemed agitated and restless.

“In the end, there were only a few bulls left, with zebras still waiting around for a drink.

“Suddenly, the male zebras seemed to panic and jumped as if sensing something, and then the two bulls rushed at each other.

“They jostling each other and kicking up dust.

“In just a minute, it was over, and the defeated bull was out of the waterhole. 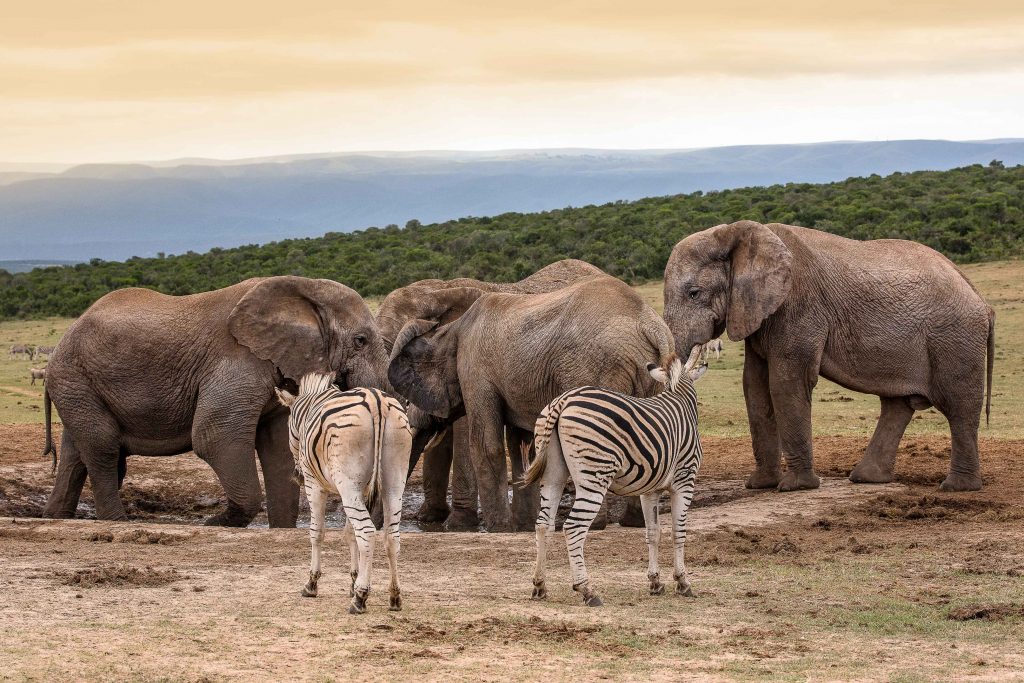 “I imagine the reason for the conflict was a terrible drought, and the bulls were failing.

“Luckily, no other animals were caught in the fight.”