An elephant in a Thai reserve got revenge on a teammate who had brought him down a hill by planting his rear-end into the pachyderm’s face before breaking wind. The video of the incident went viral! 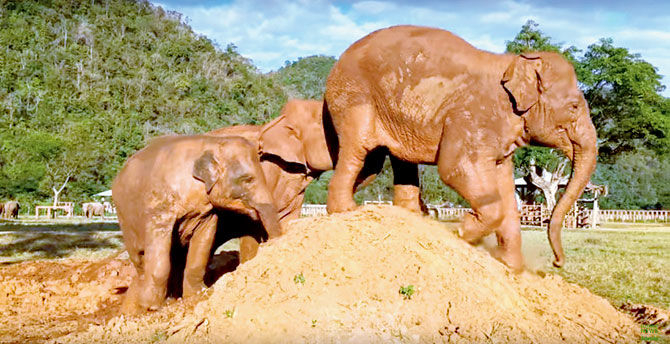 At the Elephant Nature Park in Thailand in Kuet Chang, two elephants – Kabu and Faa Mai – are fighting continuously over a hill that Kabu has claimed as her own.

Faa Mai couldn’t understand it quite literally. It bounced off her throne. Faa Mai avenged her pushy teammate by sticking the tail of her rear-end in the other pachyderm’s face and letting go of a huge fart. 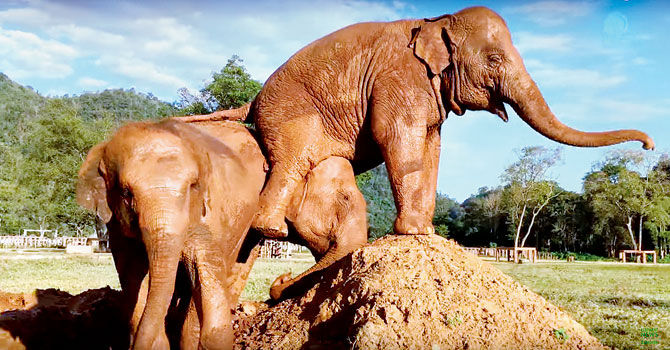 A video posted to YouTube by Elephant News shows Faa Mai climbing on the small hill and carrying out her ‘foul-smelling’ act of revenge.

“Faa Mai loves climbing Kabu Hill. Many times she will do this. But every time she reaches the top, Kabu will push her away, reclaiming the mound as her own. Faa Mai became frustrated with this, and while continuing to play, she decided to share a lesson of her own. Hear what Faa Mai is thinking at Elephant Nature Park,” the video’s description reads. 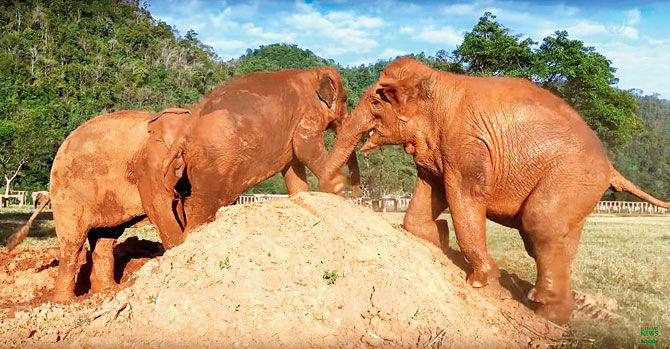 Her hind legs were directly on top of Kabu’s head and channeled the gas right into the other elephant’s face.