A baby elephant, Moyo, nearly drowned after separating from the herd while crossing a river in Zimbabwe. However, she was saved and placed in a sanctuary founded and run by Roxy Danckwerts. The reserve was named Wild is Life.

The Wild is Life sanctuary has an elephant nursery. The Moyo is one of their smallest rescues, weighing 56 kg instead of the average 90 kg for calves of the same age.

The weak baby was scared and si.ck when Roxy brought her in. Initially, she would spend the day with her, literally 24 hours, even sleeping next to the little calf, for her to trust and overcome.

At 14 months, The Dodo made an article for her. After that, she is said to be as loving as always, forgetting how big and strong she is, following Roxy into the house because she loves her so much. There is even a picture of Moyo and Roxy’s puppy sitting together. 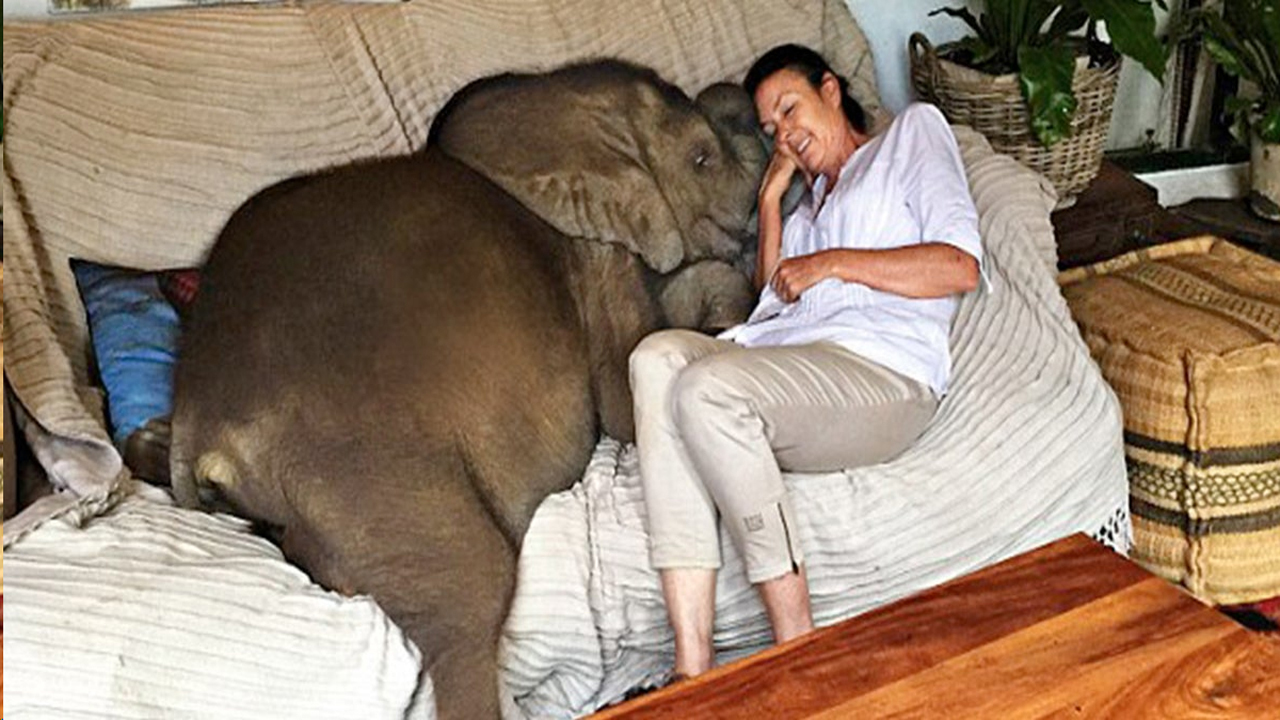 Woman Saves A Baby Elephant, And She Now Follows Her Everywhere. Moyo is now an adult and has even conquered her greatest fear: swimming.

Swimming came naturally to the African elephant, but she forgot this instinctive living skill due to childhood trauma. But now, she has become the ambassador for the nursery, leading her orphan elephants as a young mother.

Initially introduced by the BBC, Moyo was introduced as one of the Magic Orphans. Roxy confessed that letting go would be difficult if they had some time to share.

The most significant threat faced by elephants is the illegal ivory trade. Moyo played a small role in persuading President Xi, who enjoyed meeting her. China banned the legal trade in ivory at the end of 2017. But it was the over-the-counter trade that reduced the population.

Let’s hope for a slightly better tomorrow when such beautiful creatures are not slaughtered in the name of illegal trade. That could make whatever time we have left on this green space marble better.