The king of the jungle and one of the most feared predators in the world, but this majestic lion quickly transforms into a cute kitten when he meets his tiny cubs for the first time.

The stunning moment was captured on camera by wildlife photographer Suzi Eszterhas during an expedition in Kenya’s Masai Mara National Reserve, and her snaps are nothing short of adorable. 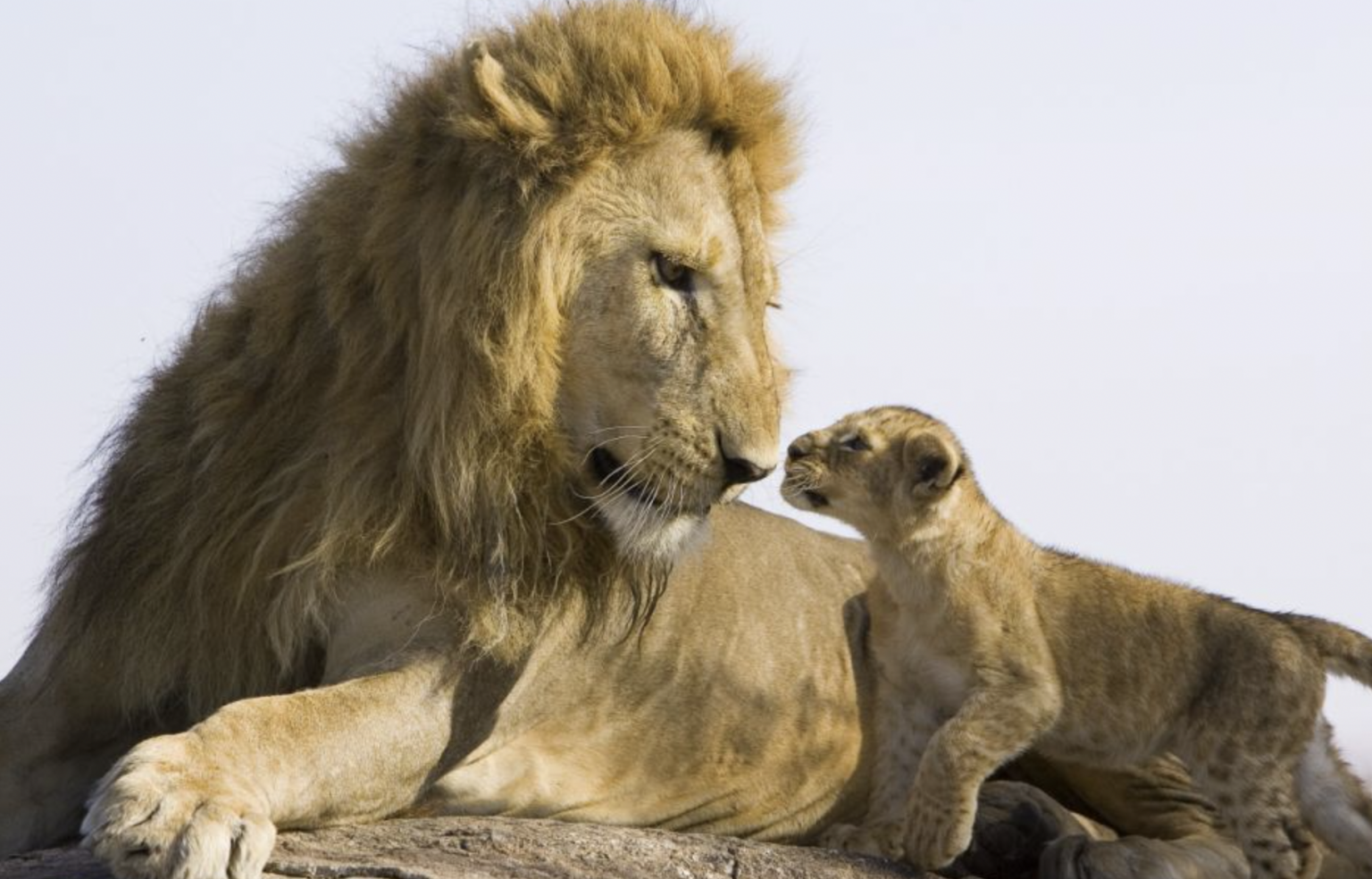 Although the lionesses avoid having the newborn cubs around the male, this proud father seems like a gentle giant when he meets one of his cubs for the first time.

Although he didn’t look too comfortable at first around his father, the adorable 7-week-old cub eventually found the courage to approach the giant male. The result is nothing but heartwarming as the duo seem to have the time of their lives playing fight together.

The 36-year-old California-based photographer has spent months tracking this family of lions in the Masai Mara, but she said it’s worth every moment witnessing some incredible and intimate scenes of the pride.

The woman said: “Newborn animals are always difficult to photograph. “You spend a lot of time just waiting while they are tucked away, completely hidden deep in the long, wormy brush. But if you put in enough hours, you’ll be there when mom takes them outside.” 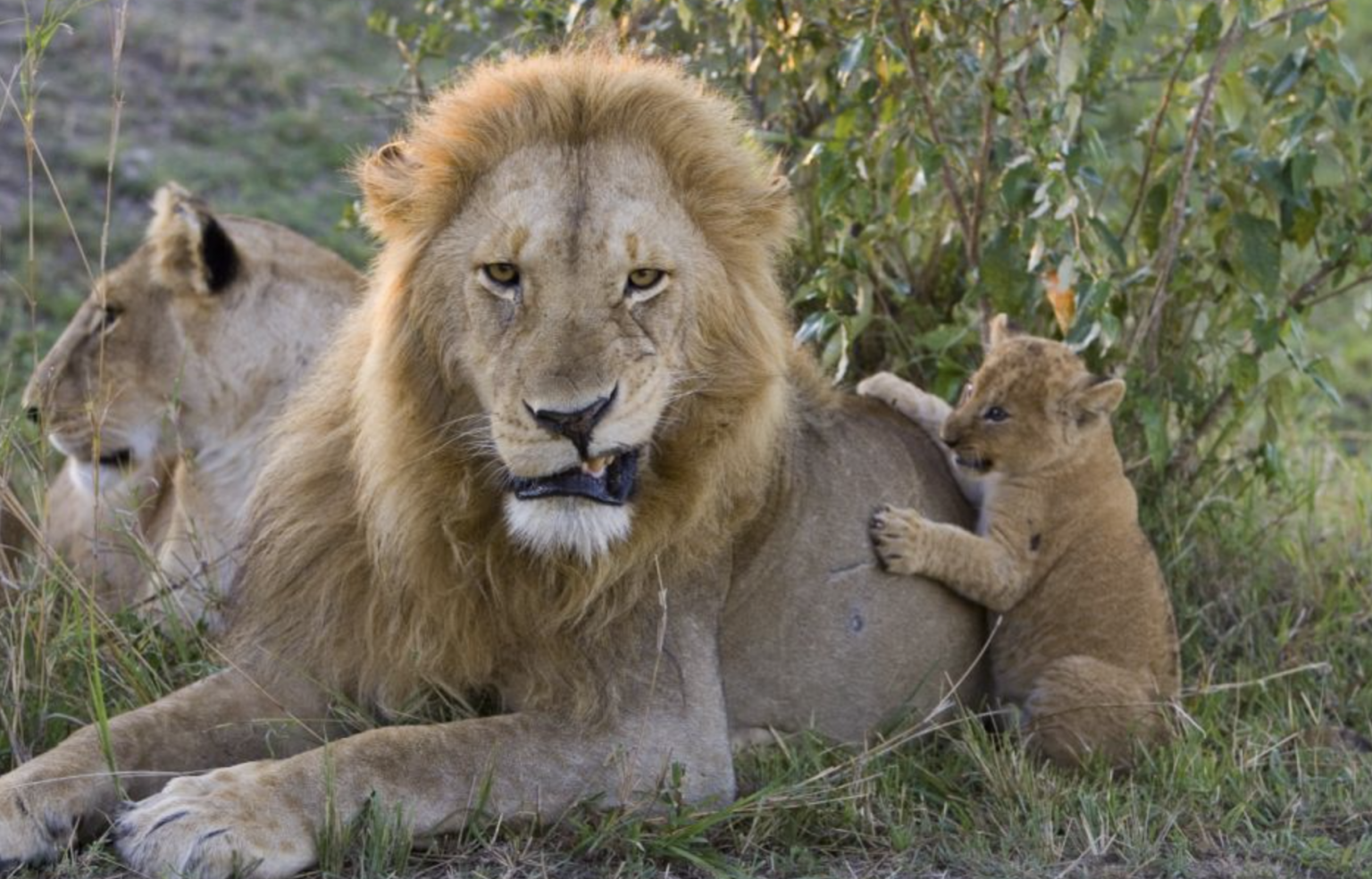 This particular cub and his two other siblings were initially discovered by Suzi when he was just 3 weeks old. The cubs typically spend the first two months of their lives bonding with their protective mothers. So when these cubs were over seven weeks old, their mother decided they were ready to meet their dad.

“In this case, I tracked pride for three months, every day from sunrise to sunset, from when the cubs were three weeks old,” said Eszterhas. “In these scenes, the mother brought them out of the den to meet their pride for the first time, including their father.”

The strong male was extremely loving and protective with his little ones; however, their mom always keeps an eye on them to ensure the male won’t be too rough with her cubs.

“The cub was a bit shy and timid, but the father was very gentle,” said the photographer. “The father also responded gently by playing with them and often growling. However, the mother was sitting nearby watching very closely, ready to pounce on the father if he acts rough with his cubs.”