In a touching scene on TikTok, a mother is trying to comfort her crying baby but realizes a deer has just rushed out of the woods to give her extra help. Since then, the short video has reached over 27 million views, and it’s pretty easy to see why people love it!

As you probably know, babies can cry for any reason, and sometimes it is difficult, even for their moms to soothe them. Days ago, Hanna Burton experienced that feeling, but she also witnessed a scene she never thought would happen. A woman is on the deck of her house in New Lexington, Ohio, gently trying to comfort her newborn baby, crying Charlie. 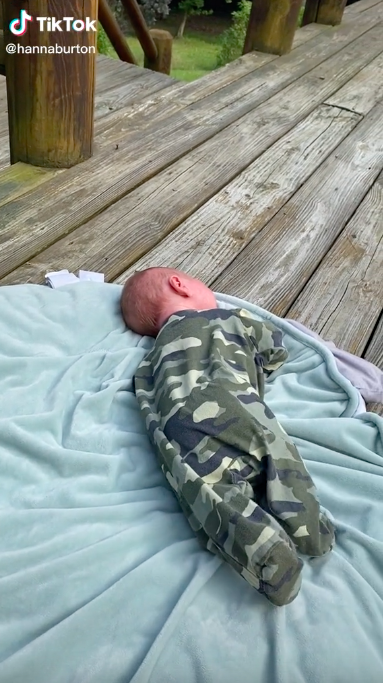 The baby was lying on a blanket right on the deck with his caring mother patiently trying to reassure him when suddenly an unexpected visitor appeared out of nowhere. A wild deer found its way out of the bushes, and she rushed straight to Hanna and her baby. The woman immediately realized what the deer’s intentions are, and she tries to make sure that everything is under control. The wild animal just followed its mother’s instincts and rushed in to help! 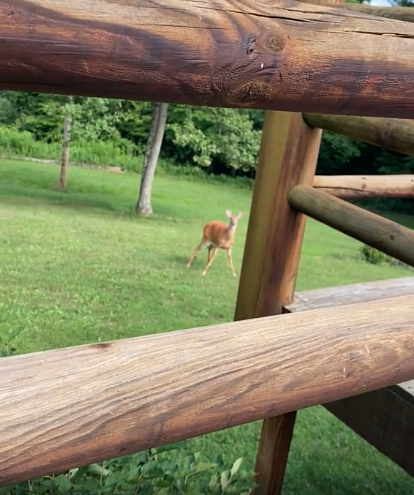 “No! No! No!, the woman could be heard saying, “This is my baby. This is my child. Hi Mom! ‘ Then she tried to explain to Charlie what had just happened. “She thinks you are her baby,” she told her little one. 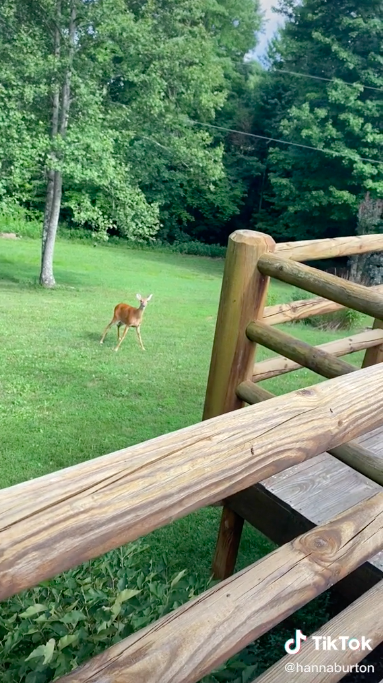 The mother captured the adorable experience on camera and shared it online. “When you almost have to throw down with a mother deer because your baby starts crying outside,” she captioned the viral footage. Take a look at:

While many users’ hearts melted watching the adorable video, some criticized Hanna for the way she handled the situation. But then she explained it to everyone and even shared a photo of how her baby Charlie comfortably slept on the deck. The deer’s surprised reaction was also debated, with one person explaining:

“Deers are protected. You might think it’s a smaller animal in distress. They will do everything to safeguard rabbits among others. They are so kind! ”