Peacocks are always a sight to behold, especially when males flash their large colourful tails; it’s nothing short of spectacular.
A beautiful variation of this species is the white peacock, which is impressive despite its lack of colour. 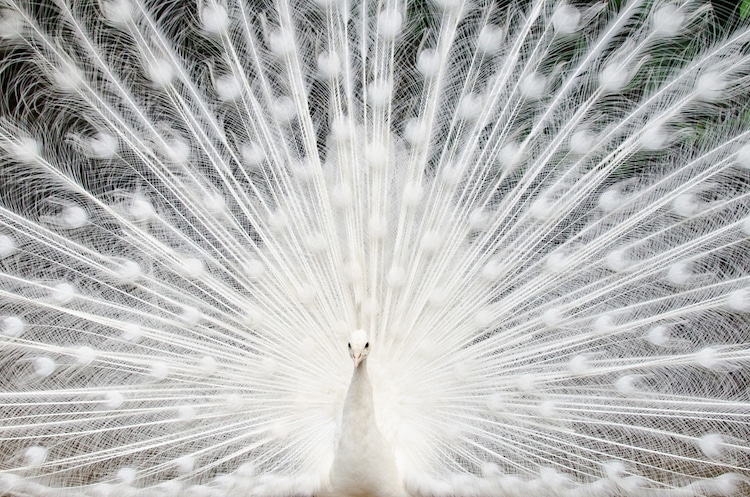 Especially the males, which have around 150 feathers and reach their maximum length within two years, meaning their feathers will sparkle in the sun while they try to attract females.

These beautiful birds are identical to common peacocks, except they lack the pigment that gives them their colour. 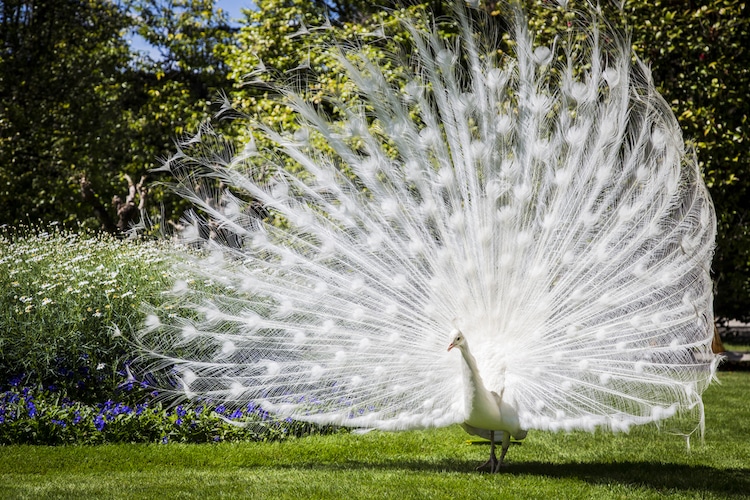 A genetic mutation causes this phenomenon known as leucism, which is similar to albinism, but because they retain color in the eyes, it’s not too serious.

Their unique appearance has made this species highly prized in many cultures. 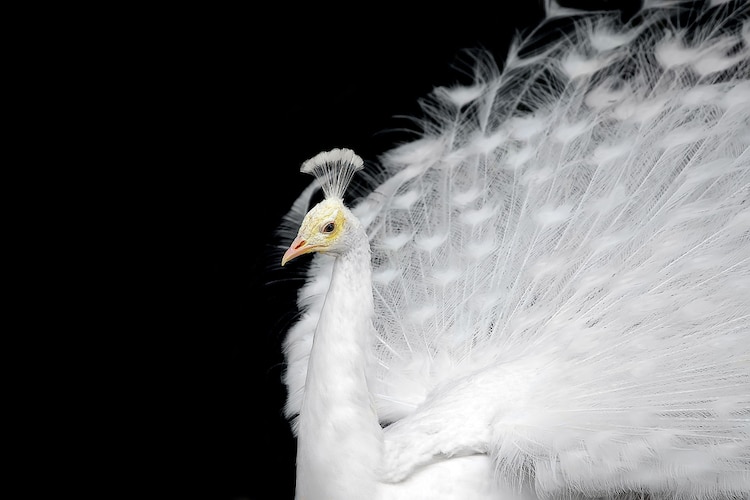 It is rare to see an adult white peacock in the wild, and therefore they are being kept in captivity.

The white peacock symbolizes different things like purity, unconditional love, and eternity depending on the culture. 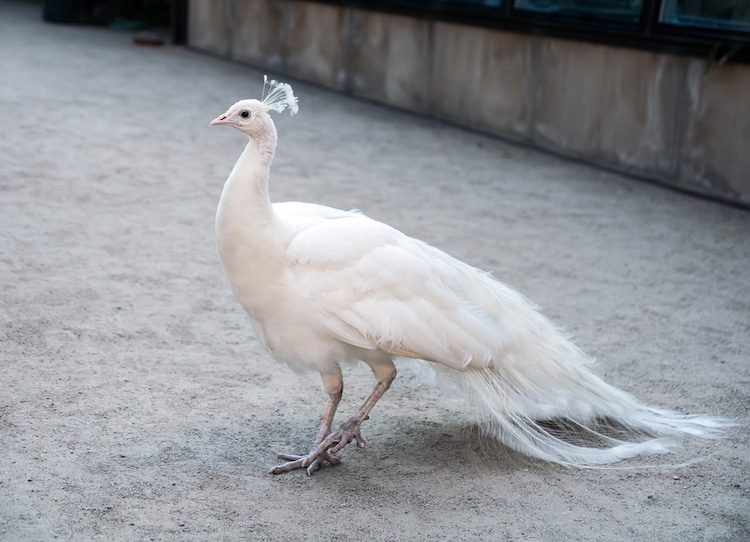 White peacocks will not last long in the wild if the white colour damages their camouflage. 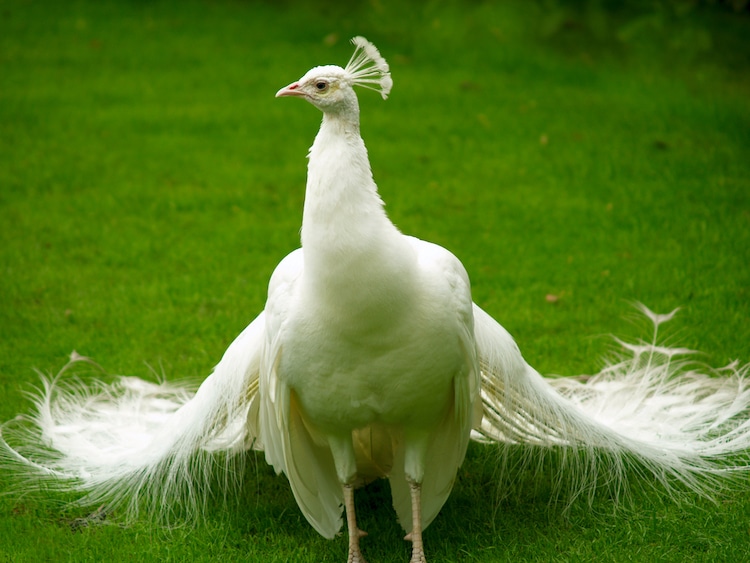 Of course, we need to distinguish correctly to refer to the peacock because we are talking about the male peafowl in this article. It is easier to call them peacocks because this is understood more generally. 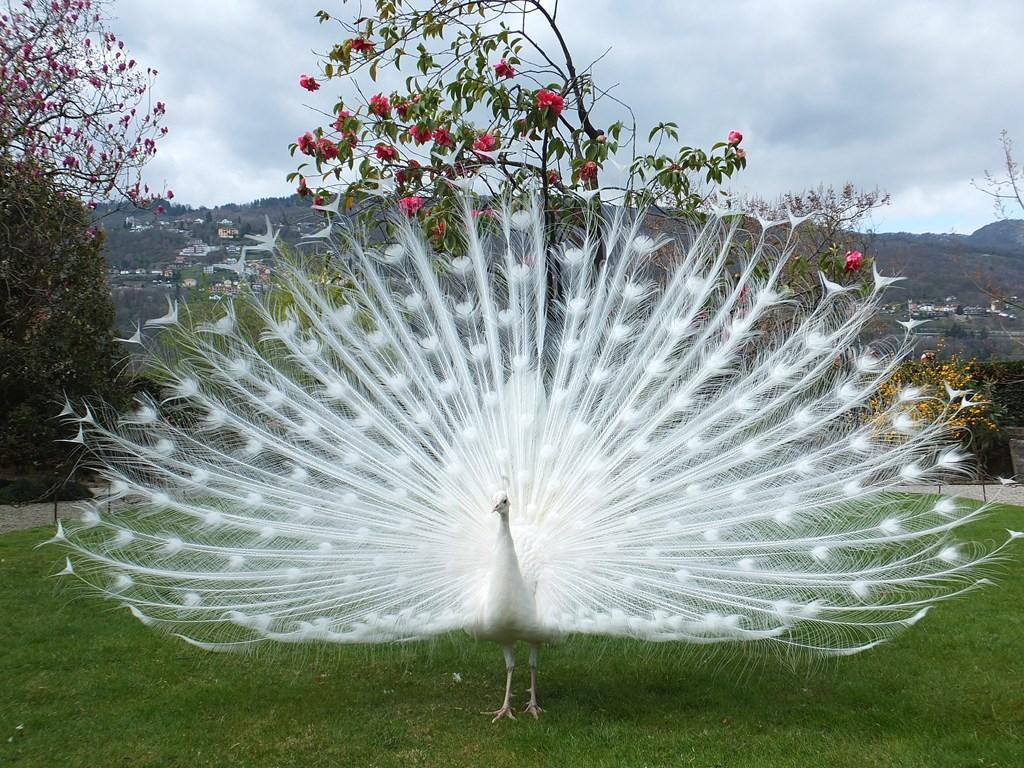 These birds were a delicacy in medieval times. They were served on plates to guests, although the meat was not very tender according to a report.