This is the story of an orphaned polar bear rescued from the brink of death by Arctic gold miners.

The cub was left to fend for herself after her mother died while on a remote Russian island, which led her to approach a gold mine and beg to be fed. 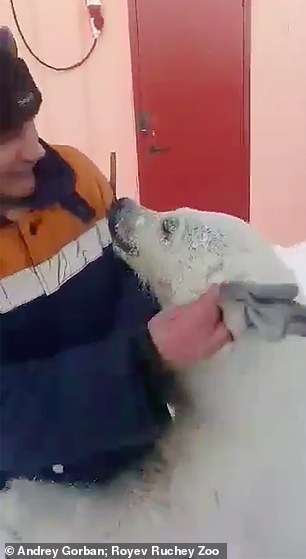 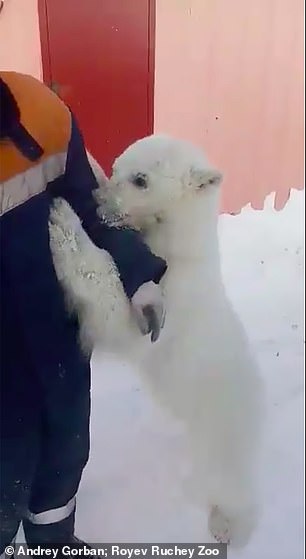 Despite their rules banning the feeding of polar bears, the miners decided it was more important to save her life.

So they all took care of her over the course of several months, which unfortunately meant she became as tame as a dog. 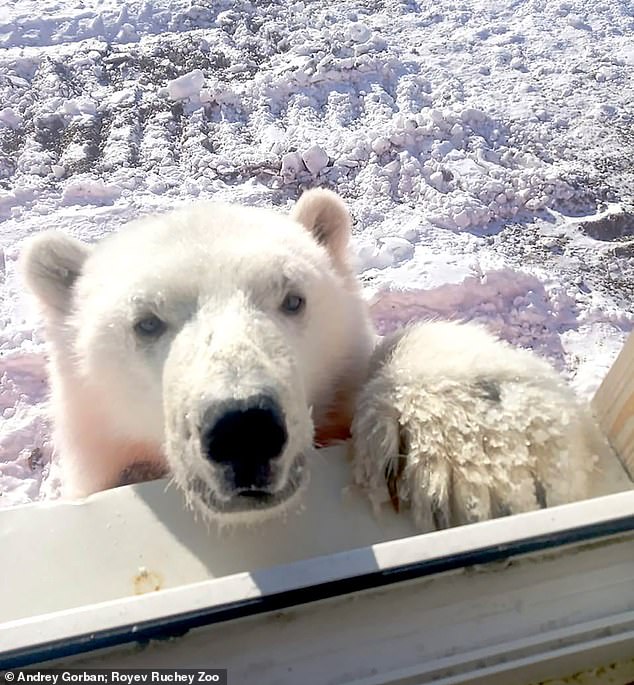 Because they no longer depend on miners for food, the polar bear cub lost the ability to hunt for itself.

In the video below, you can see the cub climbing up a ladder before jumping down to hug one of the miners lovingly.

A local report said: “The female cub has spent several months close to humans and has gotten so used to them that she behaves like a dog.

Eventually, the gold miners’ contract ended, and they headed back to the mainland, but before making sure the polar bear was taken care of. 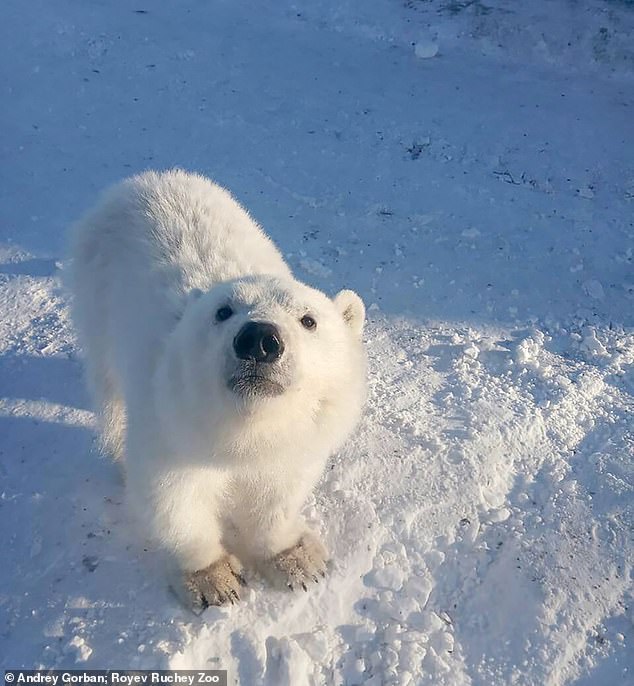 Andrey Gorban, 56, director of the Royev Ruchei Zoo in Krasnoyarsk, who was in charge of the rescue, said: “The workers can only contact us at the end of their work stint because they had no contact all at the base. ” 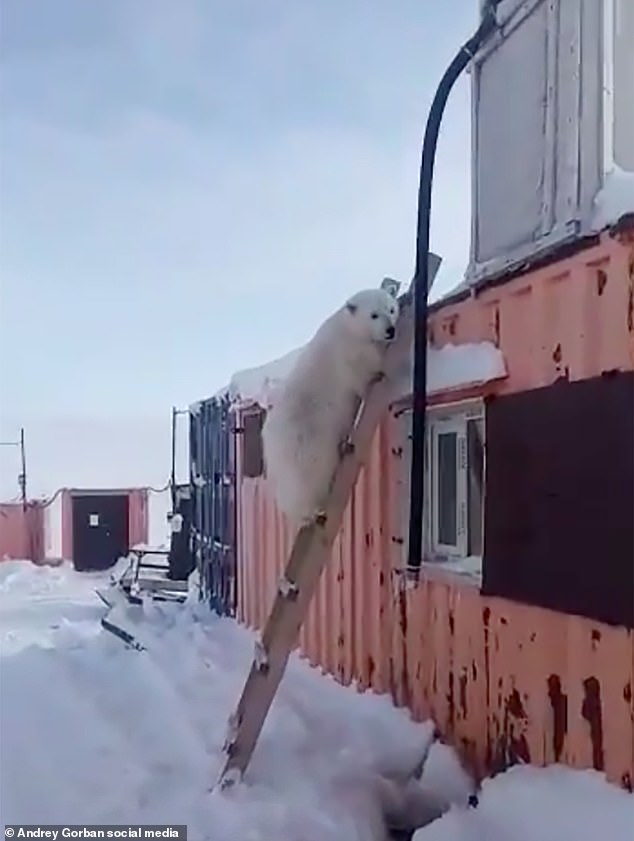 “We were told that the men had returned to the mainland, and the cub had stayed there alone.”

“Our only hope was that they left a sizable dump, so there was a chance the cub could feed for weeks.” 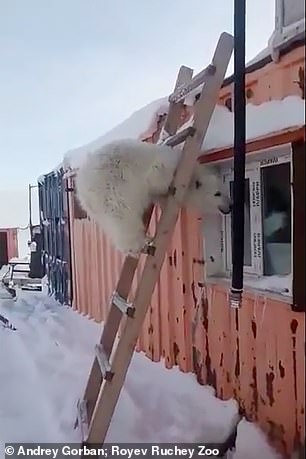 The bear was found on a miner’s site apparently looking for its missing friends and was taken to the Zoo, deciding where to take it home. 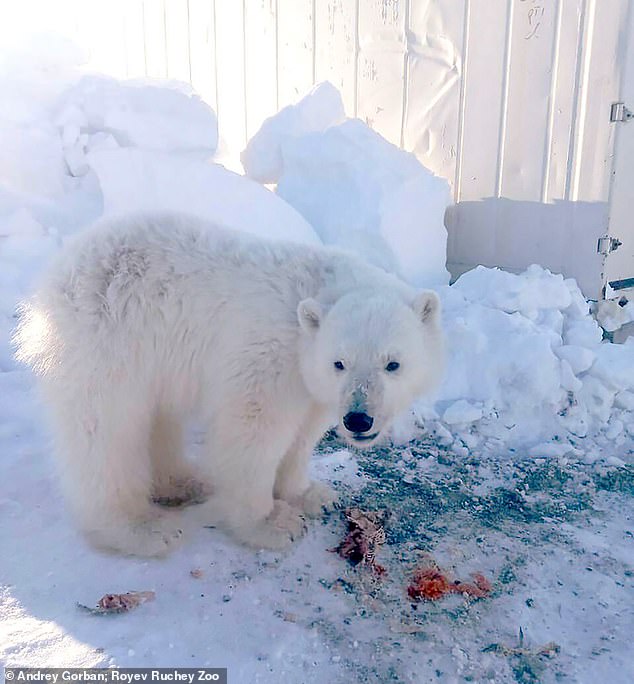 The bear cannot return to the wild because it is too dependent on humans and cannot survive independently.

Despite breaking the rules regarding feeding the polar bear, Andrey Gorban praised the miners for rescuing the lost and helpless cub. 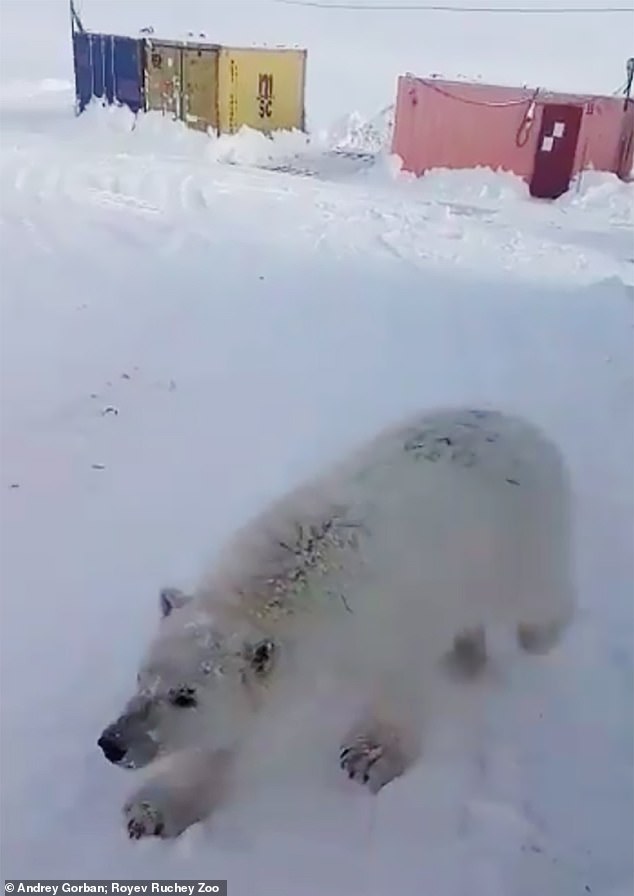 “Rightly or wrongly, they fed the endangered animal and through that domesticated it,” he said.

“The shift workers saved its life. The cub had no chance to survive.”