As human beings, we have many dreams and desires in life – all the good and pretty things make us happy, and we will try our best to achieve them. The little dog in this story proves that animals have dreams too. He had a wish that he could walk on his own. 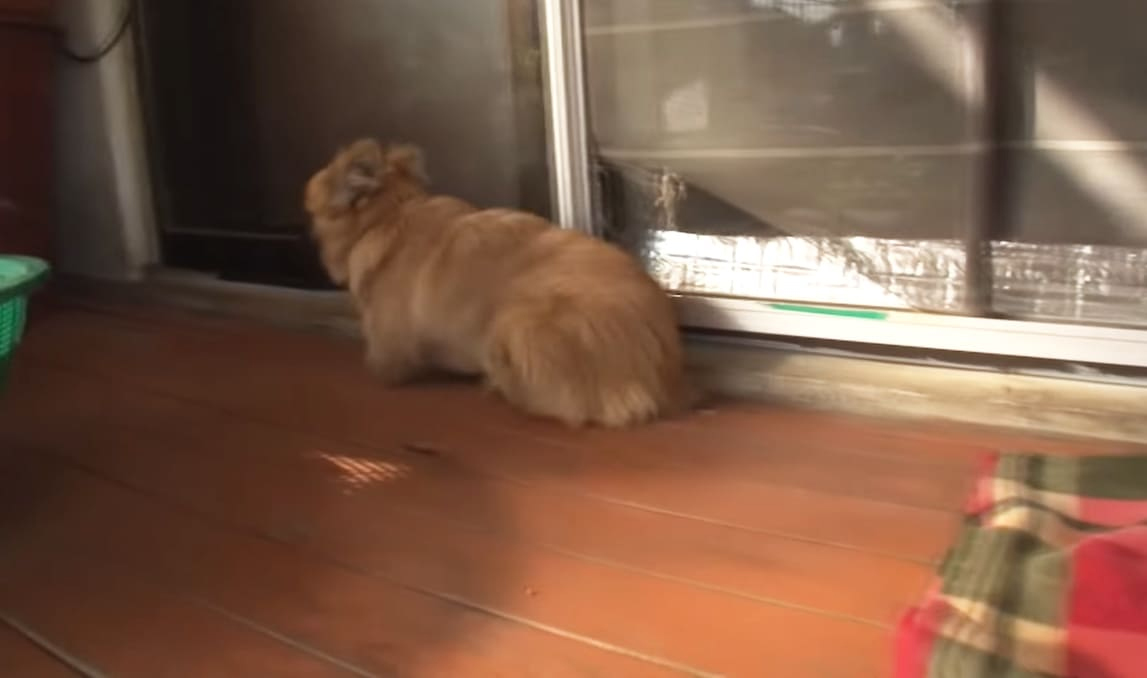 The dog lived with his family in a village. His name is Jjomaeng, and he is a beautiful puppy. Unfortunately, he was born without legs, only using his whole body to move. Since his mother left them, his younger brother Earllook took his place in his care. And luckily, they have a lady owner who is very attentive and cares about them a lot.

She often spreads mats on the yard for Jjomaeng to exercise on. Jjomaeng tried very hard to take a few steps with his incomplete legs. Despite his disability, Jjomaeng is still a loving and active dog. He moved around the mat quickly and got his own food. 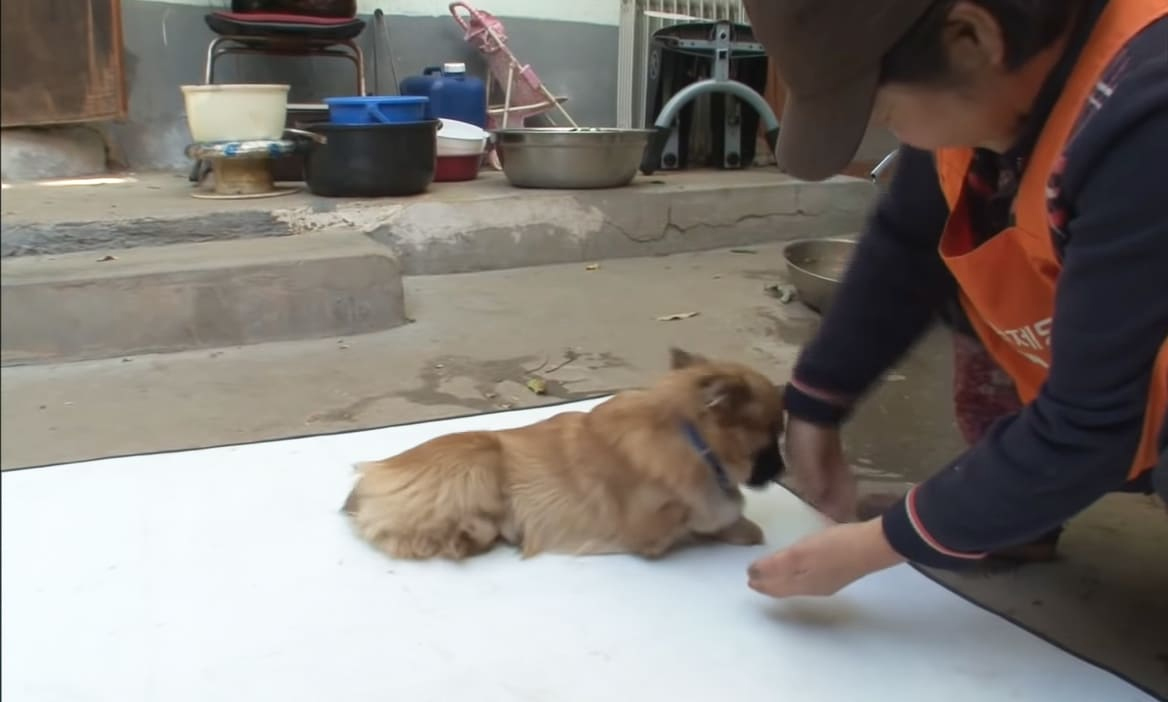 Sometimes the dogs in the house came to play with Jjomaeng and his brother, but they were a bit wild with Jjomaeng. Earllook is a good brother who always protects Jjomaeng.

In the end, the dogs were sent out, and Jjomaeng was left alone. He could do nothing but helplessly watch other people hanging out, his eyes full of longing and sadness. 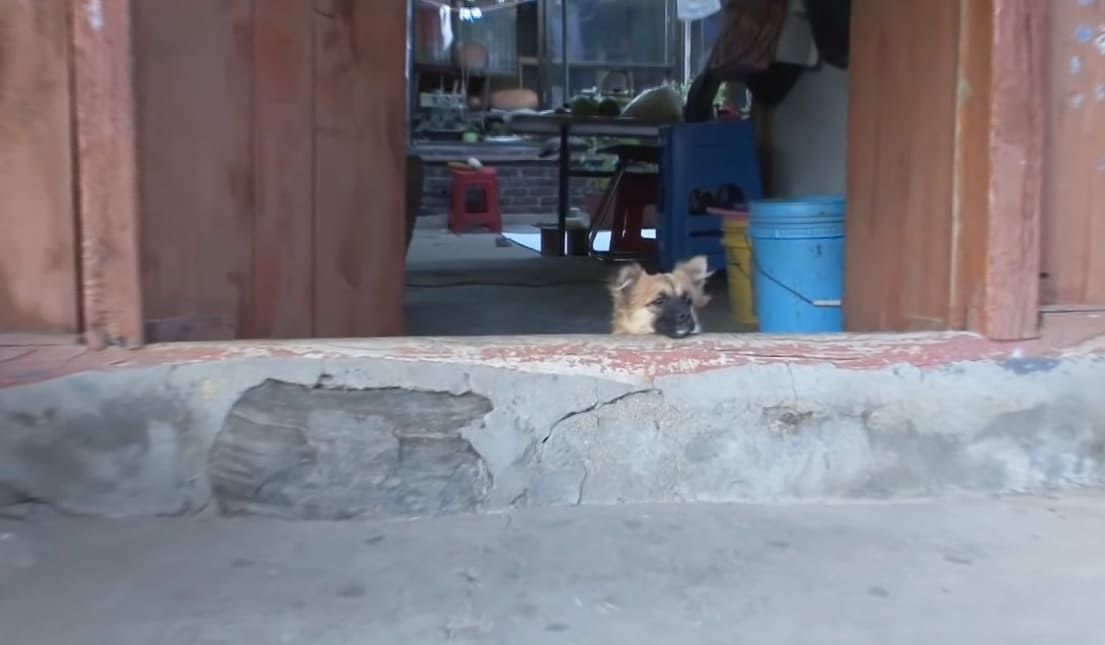 Every time the mistress goes to work, she takes Jjomaeng with her. The poor dog watched the others excitedly play together and wished he could join them. 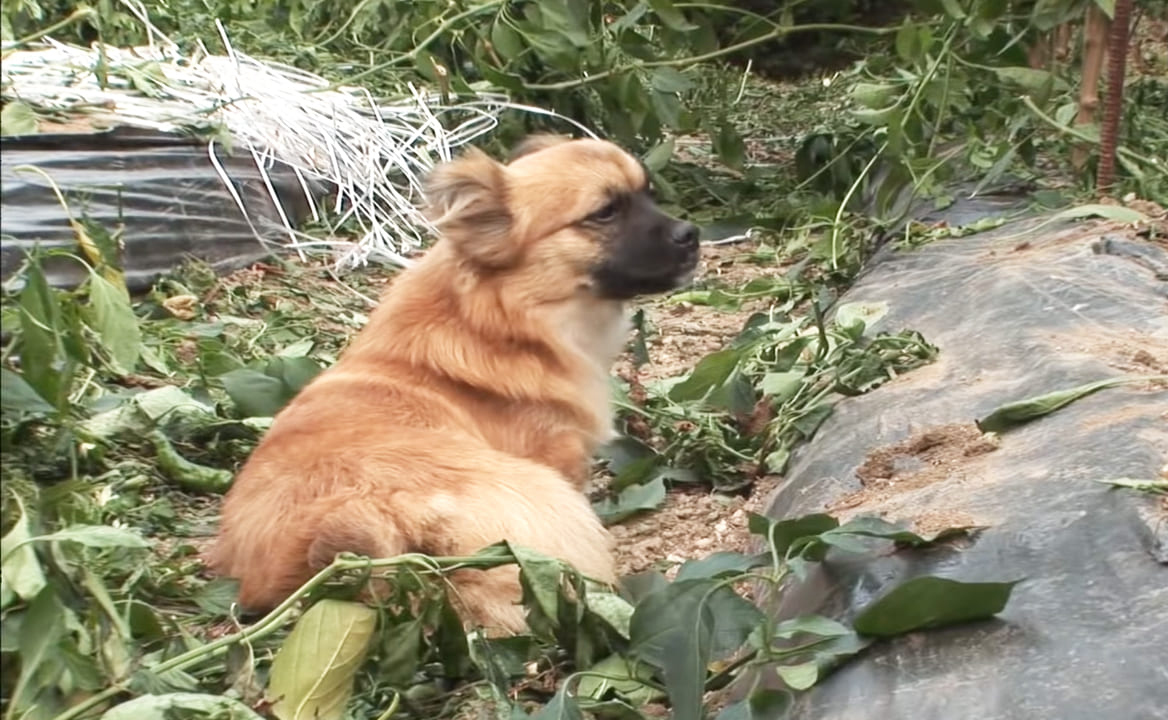 He tried to crawl forward, but it took too much effort to reach them, so he had to let go. But from the bottom of his heart, he wanted to go out and explore the vast world he had never had the chance to experience. He wished he could run around like other dogs. 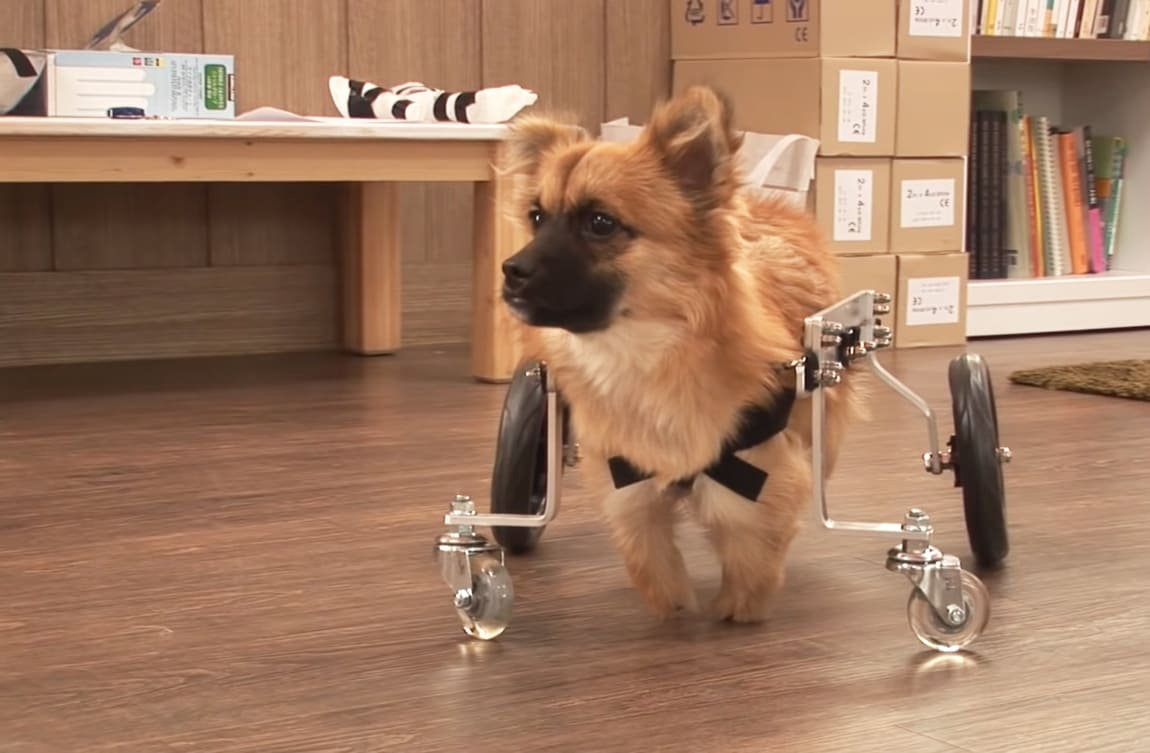